Warning: following post contains politically charged content that has nothing to do with tapestry weaving... sort of like the rest of my life some days.
Dar Williams has a song called Iowa.
The first two lines of the song are, "I've never had a way with women, but the hills of Iowa make me wish that I could, And I've never found a way to say I love you, but if the chance came by, oh I, I would."  Dar was my first folk-singer love.  I sat amount hundreds of people listening to her for the first time in Lyons, CO at the fabulous Folks Festival there in 1996.  I didn't know at that exact moment that I would ever say this about that state but, Iowa, I want to officially say that I love you.  You have followed in the footsteps of your more progressive sisters Massachusetts, Connecticut, and California (and don't get me started on Prop 8--it will be overturned!)...
I am a westerner through and through.  I was born in Alaska and maybe that little fact was enough to make me the outdoorsy, open-sky, mountain-loving person that I am.  But in case you have been out backpacking or stuck under your loom for the last few weeks, as of April 27, 2009, gay people will be able to legally marry in Iowa.  God bless the supreme court of that rolling-hilled midwestern state.  May we all promote tolerance and love of each other in whatever paths life leads us down. 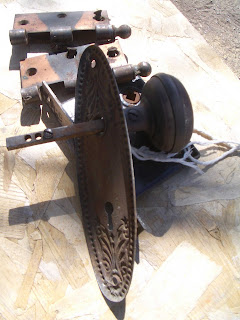