What happens when you're not paying attention...

Today was a very rare day where there were no appointments on my calendar besides WEAVE. I have taken to writing that in my calendar as well as having reminders pop up randomly that say "Weave Something." I'm not sure it helps at all, but I'm hoping the cumulative effect of having that word drop into my head every day will remind me to say no to most things and sit at the loom. So I rode my bike to the studio and I started to weave.

However, being a person who has a huge load of things to accomplish in the next little bit (does this ever change?), I was trying to finish a continuing education course while weaving. I have to take 20 hours a year of continuing education to keep my occupational therapy license without which I'd probably be living under a bridge somewhere. My license is up for renewal in September. I need some hours. So I was trying to multi-task and listen to a course about feeding aversion in kids with sensory issues while weaving a tapestry. Perhaps this was not the best combination of activities.

About 3 hours into the tapestry and a couple hours after I was done with the course, I realized I had made a mistake. It was one of those mistakes which could completely have slid under the radar, but suddenly I was sure that if I didn't fix it, this was the piece that was going to end up in the Lodz Triennial or certainly in the Smithsonian and I was going to think about that mistake every time I saw it for the rest of my life. So I took it out.

See it? Yes, I thought you would. I didn't put in the eccentric weft outline on the top of that red shape. This is the back of the tapestry and that line looks much smoother on the front, but still... size smoothness matters. 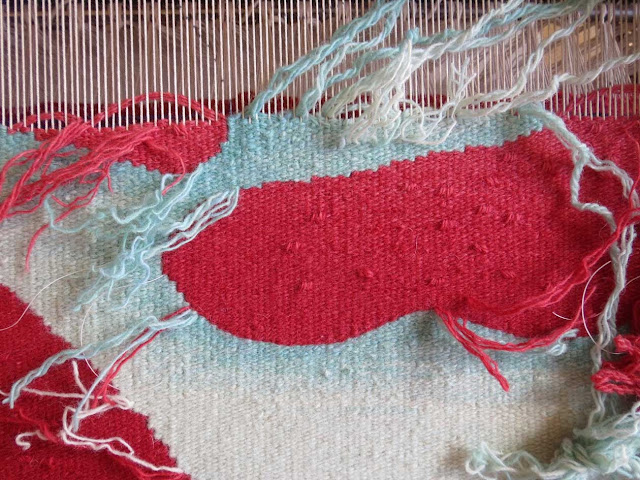 I ripped it out to here pretty quickly. But to get that triangle out I was going to have to take out a lot of weaving to the left. And I drew the line there. That color gradation was hard to put in and I wasn't so hip on putting the whole thing back again. 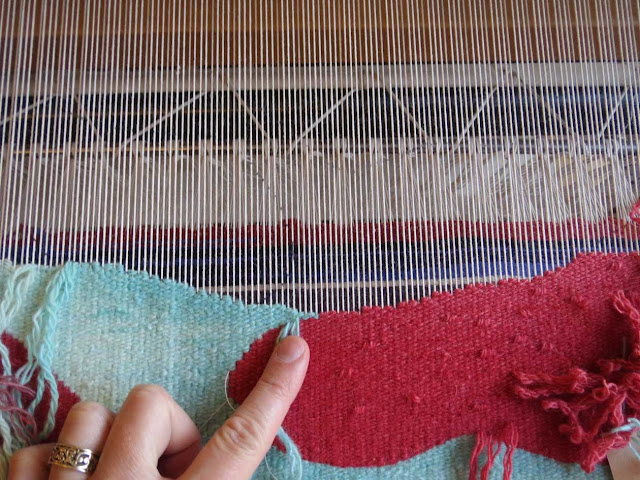 So I did this. And it worked! I had to do a little backtrack there to get the sheds to work out, but the needle is my friend. 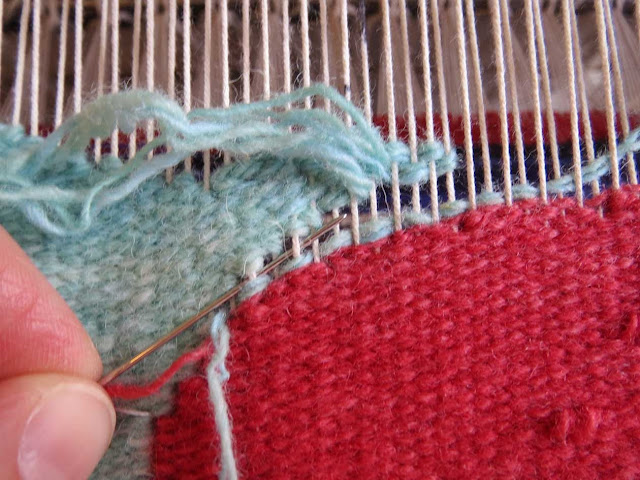 So I put it all back in and I have to admit that it is better. So when this piece is hanging in the Gerald Peters Gallery in downtown Santa Fe, I don't have to be embarrassed. I wonder if I had been listening to a course on Attention Deficit Disorder if I would have seen it sooner.  Sigh. 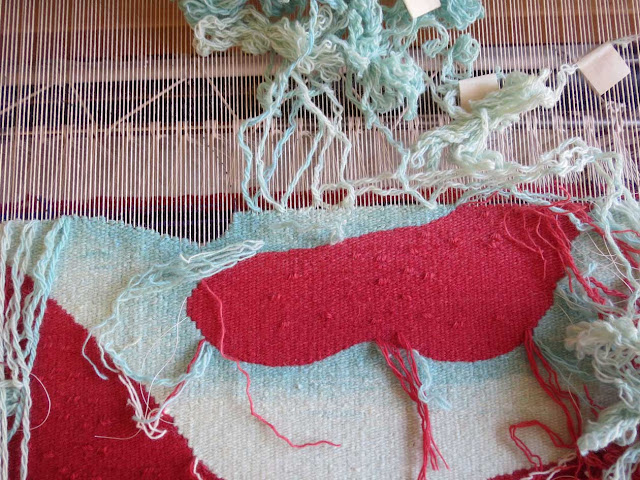