A sheep named Georgia and the paco-vacuñas

No, Paco-Vacuña is not the name of a band (though I'm thinking it might be a good name for our next dog). I went to the Estes Park Wool Market for the first time yesterday. Being a wool market virgin, I didn't know what to expect. I've been to Taos many times and thought it might be something like that... planned on staying for an hour or so and then heading out for a hike. After four hours I had to drag myself away. It was fantastic.

Following the advice of the esteemed Maggie Casey, I went first to hear the fleeces being judged.
Amy Wolf. A wolf in sheep's clothing? I bet she hears that joke a lot.
She was a wonderful judge and I wished I had been there all morning. I learned so much in the hour I listened to her. 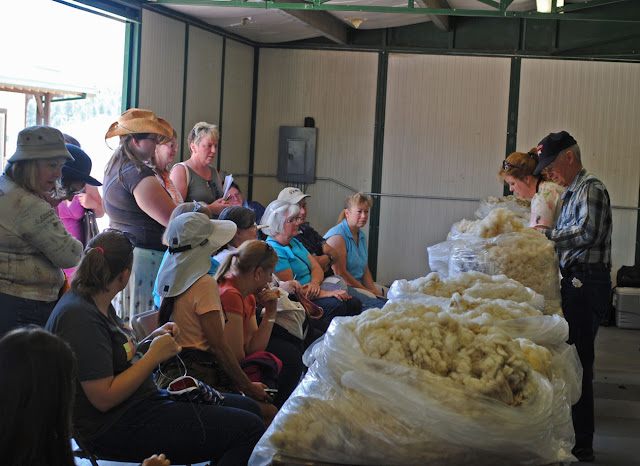 Of course there is a fantastic vendor hall where I ran into old friends and favorite yarns. I went to the wool market with the intention of only buying one bit of fleece from Sheep Feathers farm and hearing the fleece judge. As it turns out, everything was fascinating.

Cat Mountain Fiber Arts was there from Alamosa. Her booth has grown a lot since I did THIS blog post about her a few years ago. 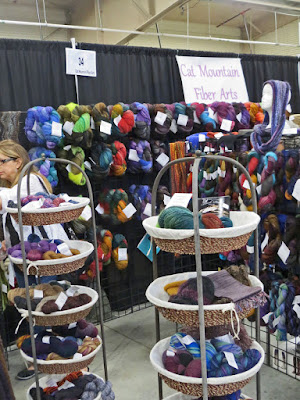 Estes Park Wool Market has been in operation for 25 years now. Thus these signs on many booths. 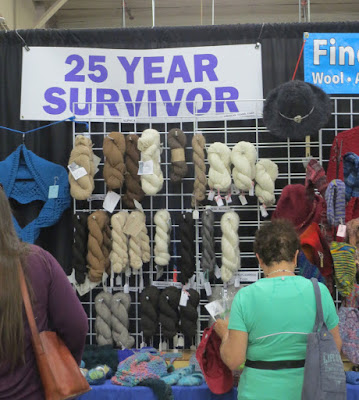 And Shuttles, Spindles, and Skeins from Boulder and Los Vigiles from Chimayo were also there. All little bits of past and present lives... 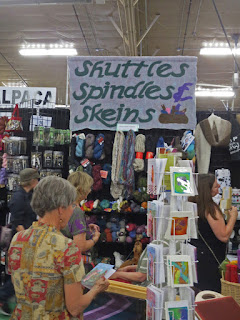 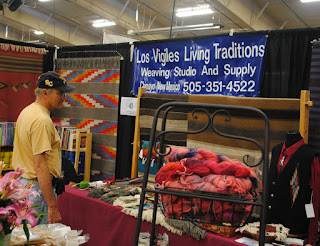 The animal barns were large and it was wonderful to talk to so many people raising fiber animals.
"If we all watch in a different direction, no one can jump us." 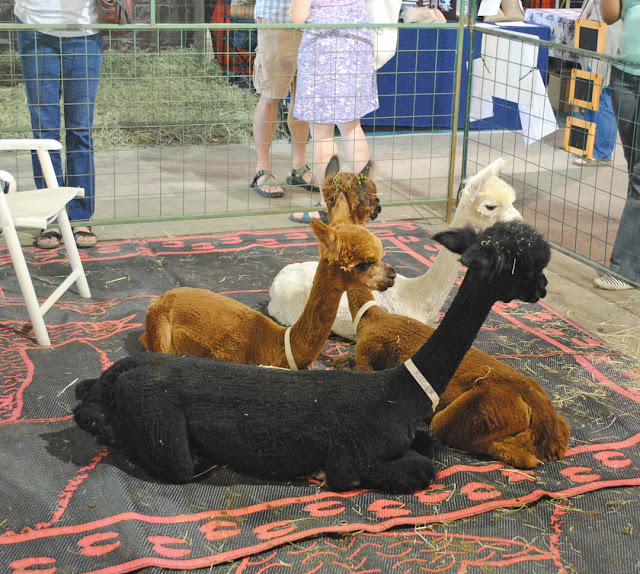 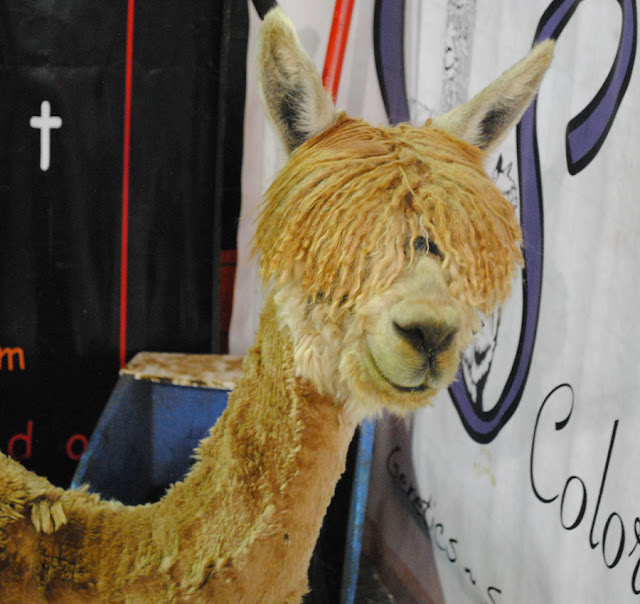 The llamas were strutting their stuff in the ring (mostly... a few weren't all that cooperative it seemed). 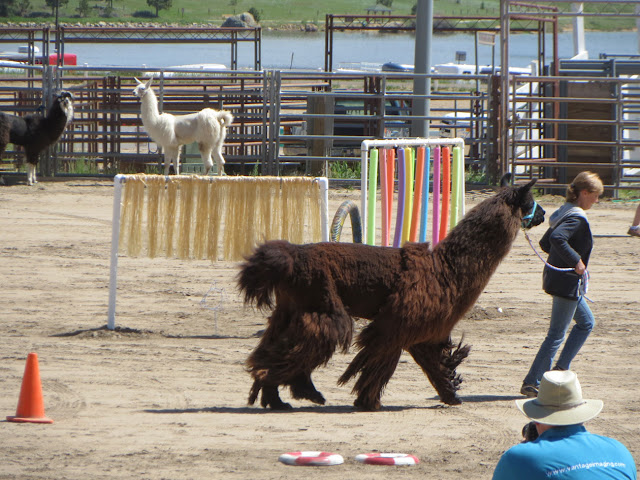 And back in the llama barn they were wondering about their morning snack. 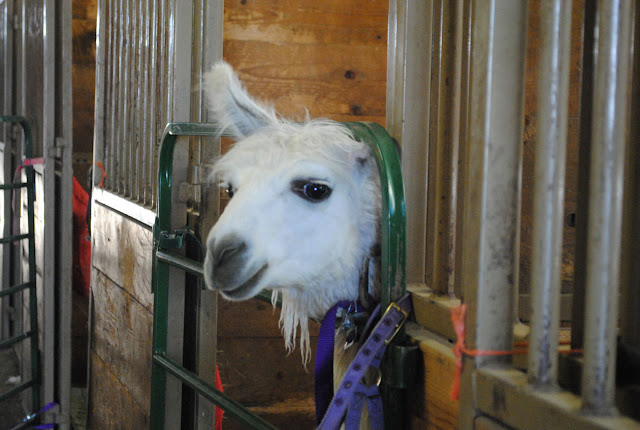 There were sheep dog demos. Not all the dogs were well-behaved, but the ones that were the best were amazing. 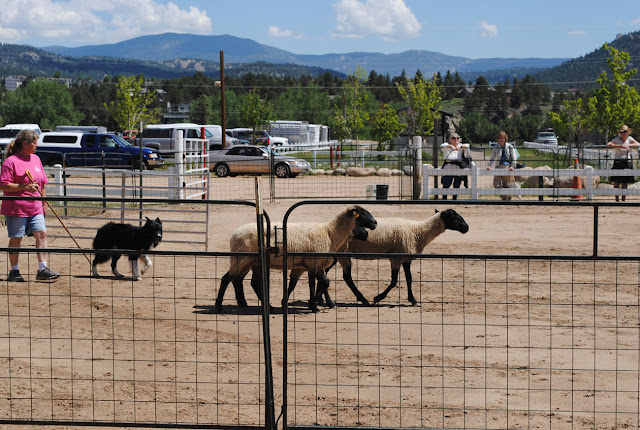 And this is a paco-vacuña. They are tiny and adorable. Their fleece can be as soft as 15 microns and I bought a couple little trial baggies to see if I could learn to spin it. I think I may need a little more practice with the sheep before I can handle this stuff. 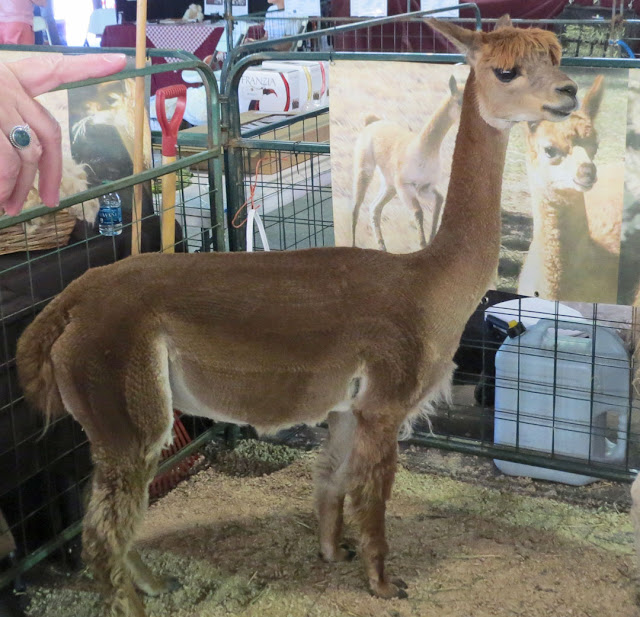 And the goats were adorable. Emily is always threatening to get a goat (or rent a herd--does anyone do that?) to eat the jungle that is our back yard. I suspect owning these is not as easy as it might seem from their angelic festival faces. I watched another goat nibble on his owner's backpack for awhile before she noticed. 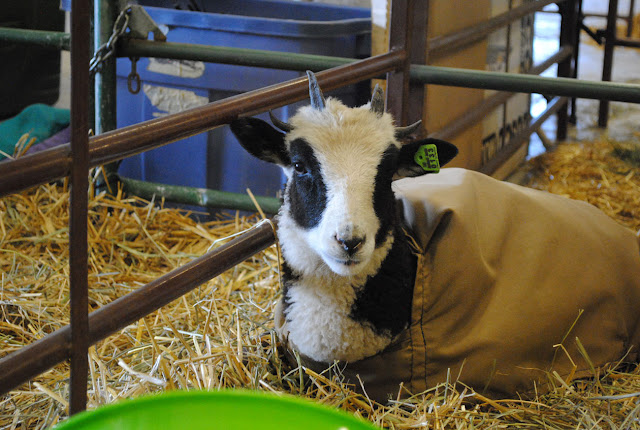 Estes Park Wool Market is a place where fleeces are identified by the name of the animal. This was alpaca from Princess of Quite a Lot. Quite-a-lot-of-what is the question I think. 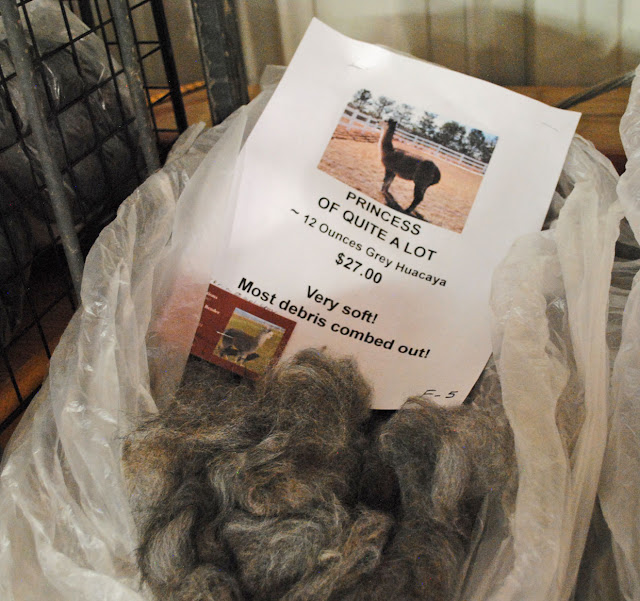 I bought some of a fleece from Robin Phillips of Sheep Feather's Farm from a sheep named Georgia. More photos of Georgia and other sheep being shorn HERE. It was my goal to buy fleece from Robin's sheep. Not only do I know how well she treats her animals and their fiber, but the fleece fanatics I met at the sheering in February convinced me that I couldn't go wrong with a Sheep Feathers fleece. 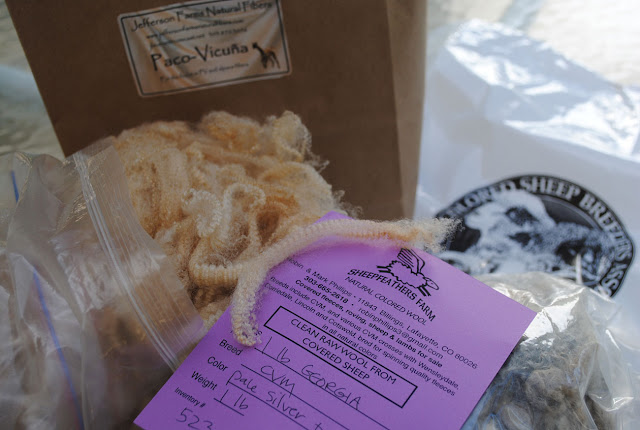 This gentleman didn't seem at all embarrassed by his necktie which stated "Sire for Hire" in a bold red solid. 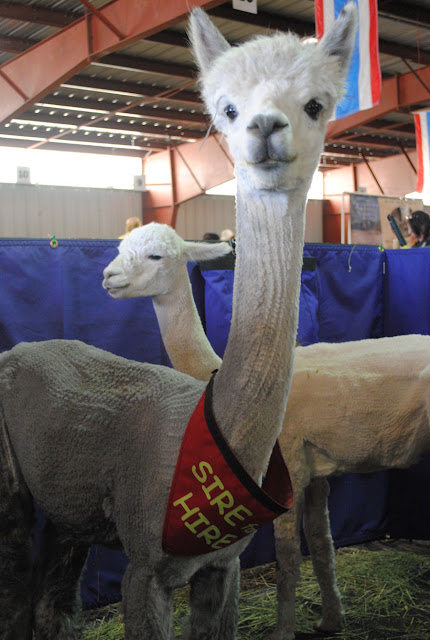 And of course someone had yarn-bombed the statutes. There were some bronze elk wearing excellent scarves on the way into town but the traffic was nuts and photos seemed out of the question. 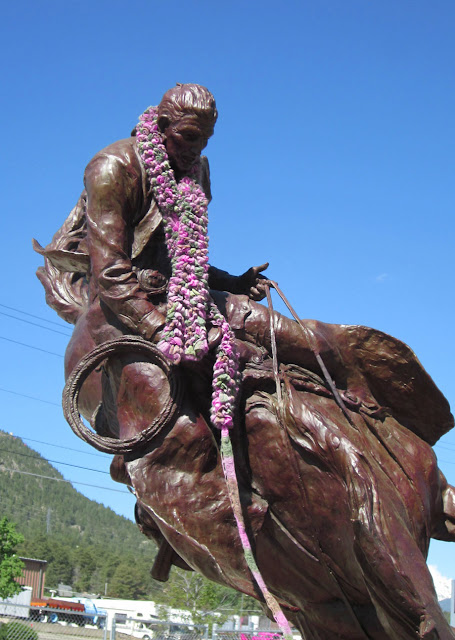 But even better than the yarn bombing was this board game... for winters to come. 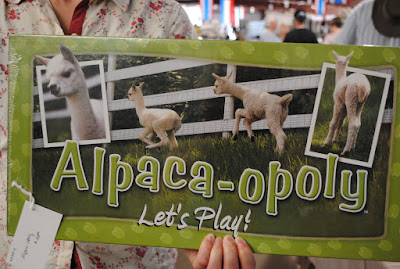 And if that wasn't a great enough day already, since we were already up there, we headed into Rocky Mountain National Park for a hike. Plans were changed due to this sign next to a river that was clearly not safe to cross. I suspect in a few months it will be wade-able and the mysteries on the other side can be explored. 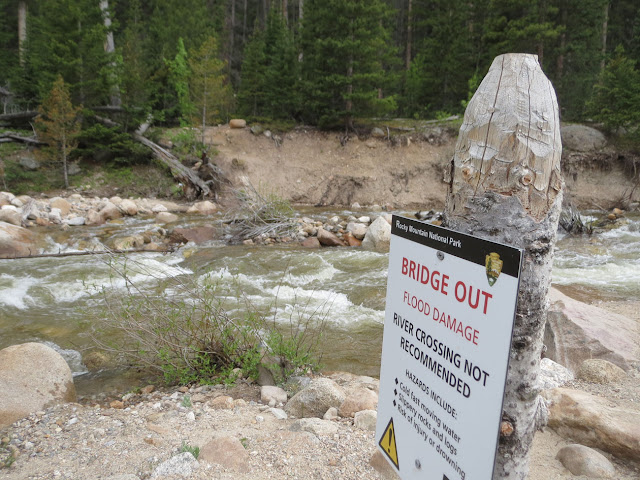 But better views of Long's Peak were found on another trail. 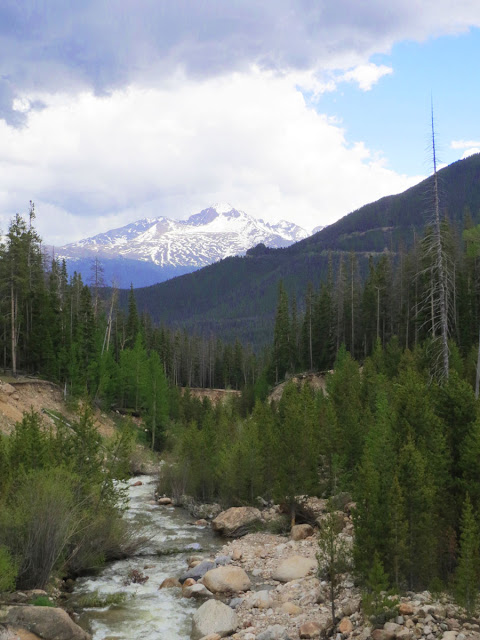 I think Estes Park Wool Market will be on my list for many years to come. Join me next year!
Posted by Rebecca Mezoff