You don't expect to find fine art tapestry in a thrift store. At least I don't.

But one day last winter, I happened to check my email at 9:50 on a Monday morning and had a note from a friend in Santa Fe about two tapestries by James Koehler that were spotted over the weekend at a thrift store called Look What the Cat Dragged In. After I got over how mortified James would have been to have his tapestries in a store with the word cat in the name, I looked up their website. They opened at 10. A quick call later and I owned this tapestry.
Let me back up. James Koehler was my teacher. He was a tapestry artist working in New Mexico. He taught me about craftsmanship, honed my dye skills, pushed my design skills, and pretty much made sure I never got lazy. I might have heard a few too many Broadway musicals during those years working in his studio, but I learned to be a tapestry artist. James died in March of 2011.

At the thrift shop, the people who drove over looking for those tapestries that Monday morning were disappointed. The store was in Santa Fe and I now live in northern Colorado. Another student of James bought the other tapestry and I decided that a little pilgrimage to Santa Fe was just what I needed. The next day I drove down to pick up those pieces. My sister has a deep freeze, and after wrapping the piece in plastic, it lived in and out of the freezer for a couple months. It is my policy that anything fiber that comes from a thrift store must have some moth-management before it comes into my wool-filled studio. 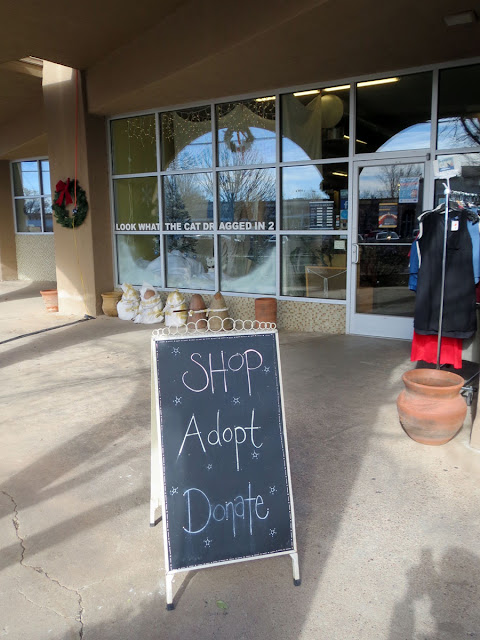 I rescued the piece from the freezer in February and brought it home. At some point soon it'll make a trip to a photographer, but for today, the snapshot above gives you an idea of the work.

I love the slight color shifts between shades of blue-violet. In true James fashion, he was using a large number of colors just slightly different in hue and value. Subtlety in color was one of his favorite things to play with.

Yesterday I was at the Denver Art Museum again to hear a talk by a dear friend of mine, DY Begay. While there, I visited the sixth floor to see the tapestry show yet again. The piece in the collection of the Denver Art Museum by James is from the same era as the one I just bought. It is one of his Chief Blanket pieces.
Later in the evening I sat and listened to DY Begay speak about her work as a contemporary Navajo artist working in tapestry. DY's work springs from her connection to her home, Tselani, in Arizona. Her process reflects her life as a Navajo woman, and her quiet insistence on her methods of materials collection for wool and dye inform everything she makes.

On my long drive home I thought about how both of these artists working in tapestry exert a quiet, steady influence on my own tendency to follow every little mouse trail off into corners, distracting myself from the work I would most love to do. James was a persistent anchor for years--until he was gone. I realized that I have other anchors now. DY and a few other tapestry friends remind me to follow my call to create woven art. My own practice of tapestry weaving, including designing and preparing materials, grounds my work. The doing of it I mean. The practice becomes its own entity over the years and it becomes one of the most important forces in the creation.

I still don't think James would be happy to have his tapestries sold in a thrift store, but I am grateful that I saw that email and they are now appreciated by two of his former students. This piece, the title of which I have not yet found, can be a reminder of where I came from and the principles that James taught me, both the ones I cling strongly to and the ones I have rejected. It will also remind me of the importance of focus and doing my own most important work every day.
If you don't know the story of James, he published an autobiography with Carol Greene before he died. You can buy a copy HERE. When he wove this piece in the mid-90s, he was still going by the name he took as a Benedictine monk, Jeremy. a few years later he went back to his given name, James. He did these pieces in series. I don't know if other pieces of this design exist out there somewhere since this was number one. If you have one or have seen one somewhere, please let me know! 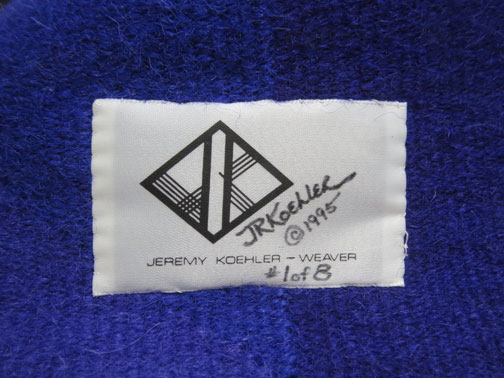 Do you have a piece made by someone who has influenced your artistic practice or your creative life in some way? I'd love to hear about it in the comments!