Welcome to New Mexico, the Land of Enchantment 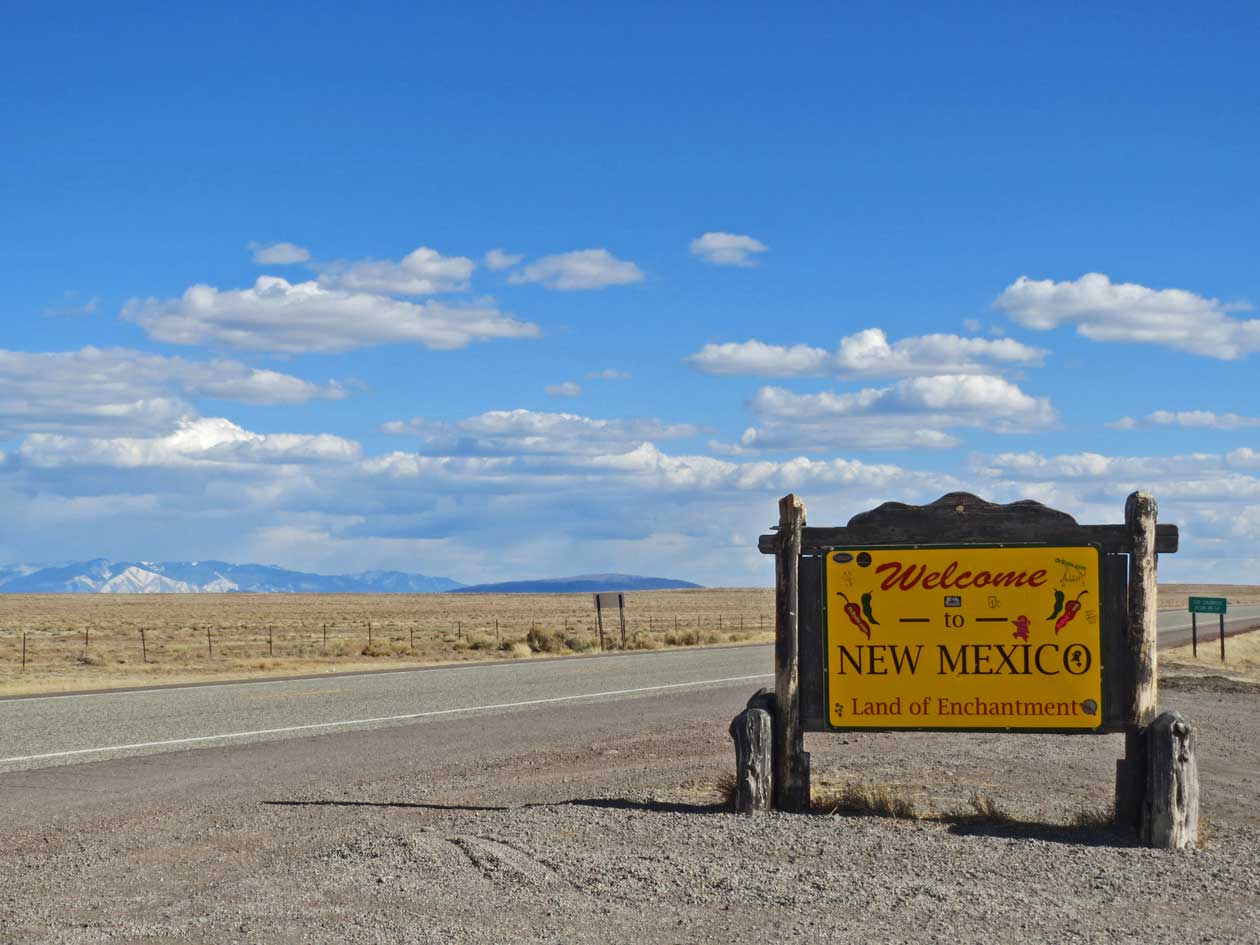 I have lived much of my life in New Mexico and it wasn’t that long ago that I left the state for Colorado (534 days to be exact). I didn’t think I was moving back soon, so I became a Colorado resident (again). Surprise! It is back to New Mexico for me. Really they should just give me dual residency, Colorado and New Mexico. It would be so much easier.

Last weekend I moved out of the little farmhouse near Alamosa, Colorado. I loved the quiet there and watching the cranes, but I will not miss the skunks! It will forever be known as the skunk house. In fact, I woke up the other morning in the new condo in Santa Fe, and the first thing I thought was, boy it smells really nice and clean in here! The underlying skunkiness apparently just became a new normal during my time in Alamosa.

There was a Budget truck involved. Some crying… a stop at a gas station in La Jara to get a soda to assuage the crying, and in my fatigue, I failed to see the BIG no parking sign I parked the truck about 5 feet in front of. The cop was nice and the tears probably helped me get off with a warning. The truck got unloaded in Santa Fe and we went back to Alamosa for the cleaning and the final load of stuff.

I didn’t do a great job packing the moving truck. I underestimated the stuff in that house and didn’t go high enough. So at the end I couldn’t find a safe place for my spinning wheel. She had to wait until I returned with just the car to bring her to the studio. She got her own seat right next to Cassy the dog. 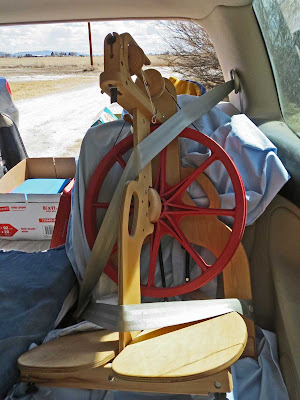 Between Alamosa and Santa Fe is a mountain called San Antonio. This mountain has threatened to take my life many times and I am extra vigilant and say a little blessing for the mountain every time I approach now. It doesn’t look scary in this photo, but believe me, it can be fierce. 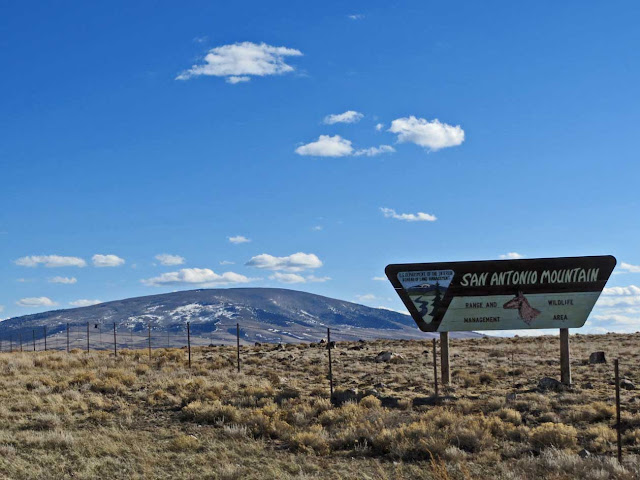