The loom parts! Or how the upper countermarche lamms finally find a home.

I have a lot of looms. Most of them had to be taken apart in some fashion to move to Colorado. My packing regimen now includes liberal use of masking tape for labeling parts and taking copious photographs. Unfortunately, I always fail to take a photograph of the part that stumps me.

And the upper and lower lamms of the Harrisville rug loom are those parts. 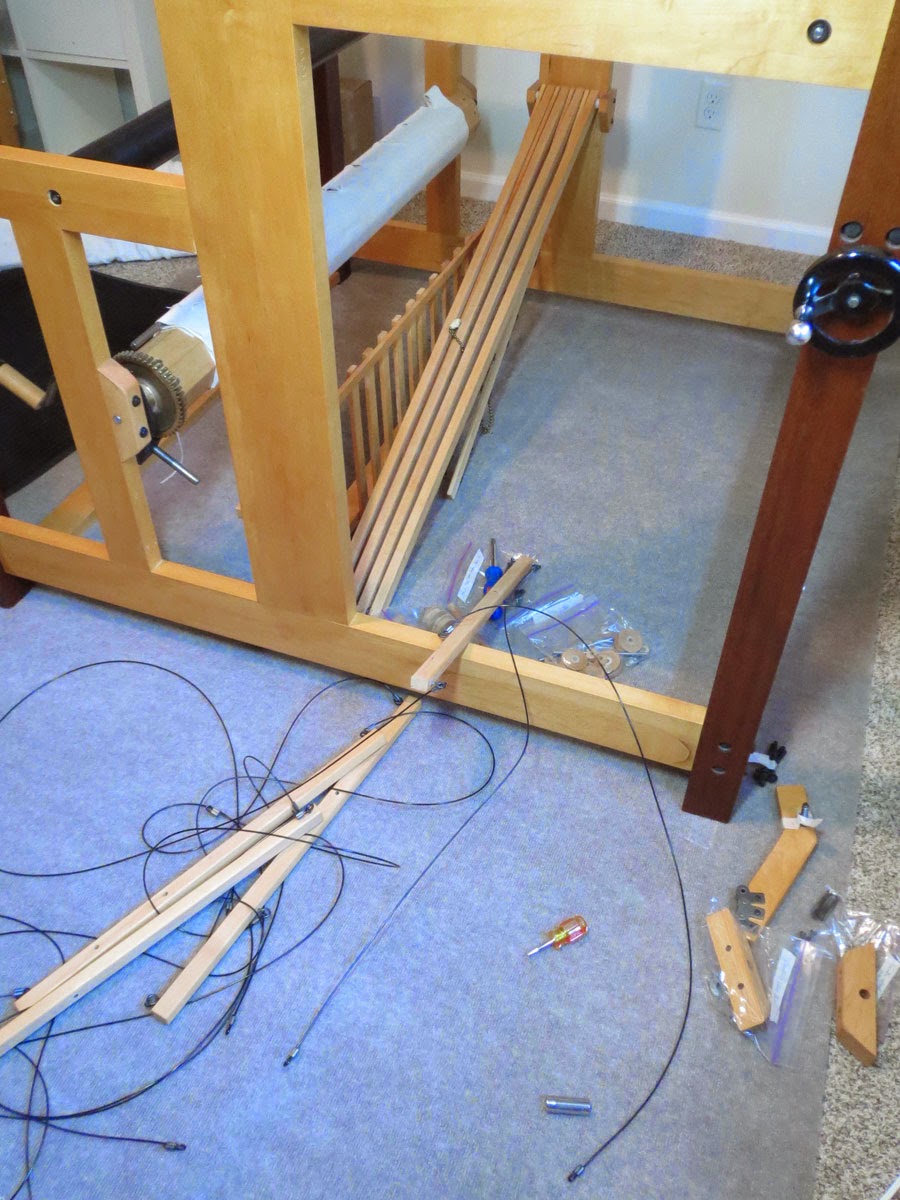 There are little baggies (fortunately I learned to put each of the sets of rollers in their own baggies!) full of small round parts and lots of empty holes to put them back in. I know I'm in trouble when I start looking for the places the wood is darker to tell which way a piece went in. That is actually how I got the lower lamms on the right way. I got the whole thing together except those upper lamms at which point I started hunting for the manual that came with the loom. 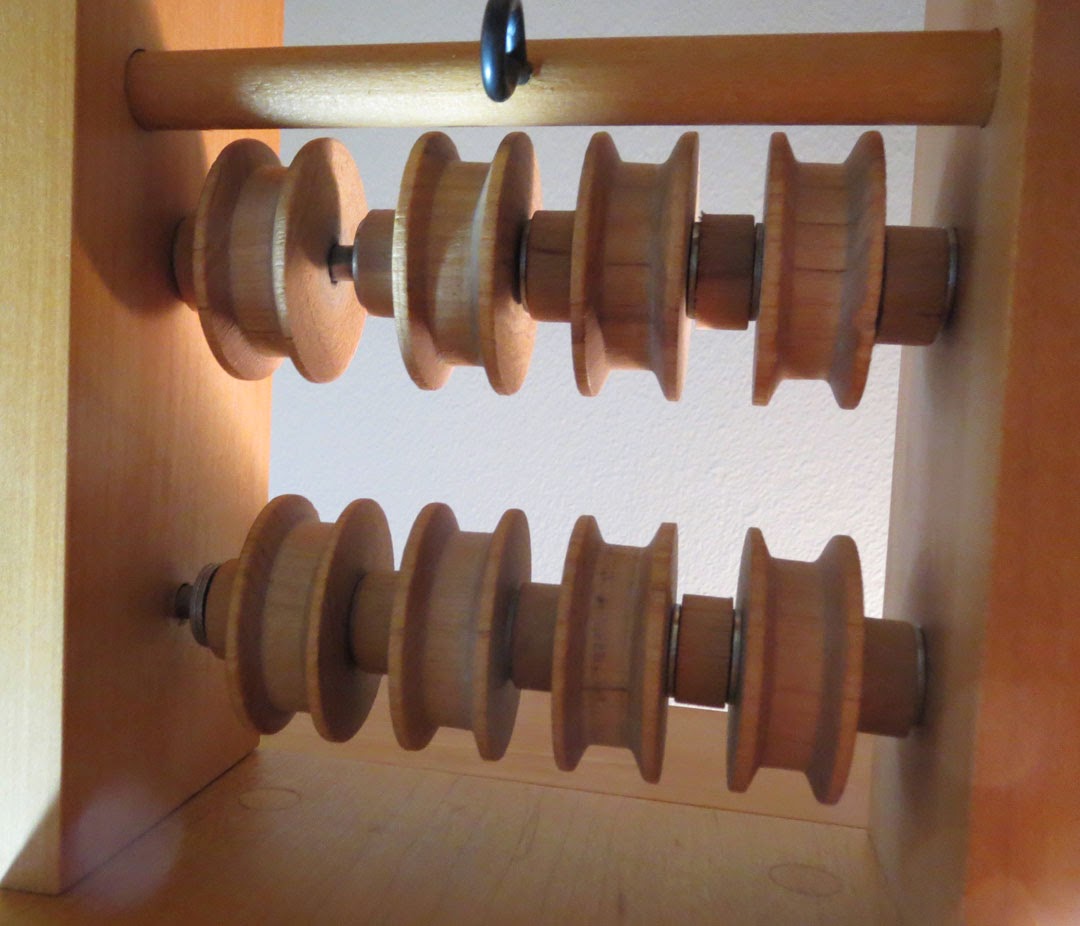 After a few hours some time digging through the opened boxes scattered around the studio and office, I did locate the manual. Then, sadly, I remembered that grandpa bought this loom in 1980 and the manual then had no photos. Finally it occurred to me to Google "Harrisville Rug Loom" and what came up? Mostly photos from my own blog. Sigh. One of them was fairly helpful in positioning those lamms the correct way.

THIS photo is for the next time I move, many many years from now. I hope Google finds it right away when I type in, How do those #$%@! lamms go on the Harrisville Rug loom. 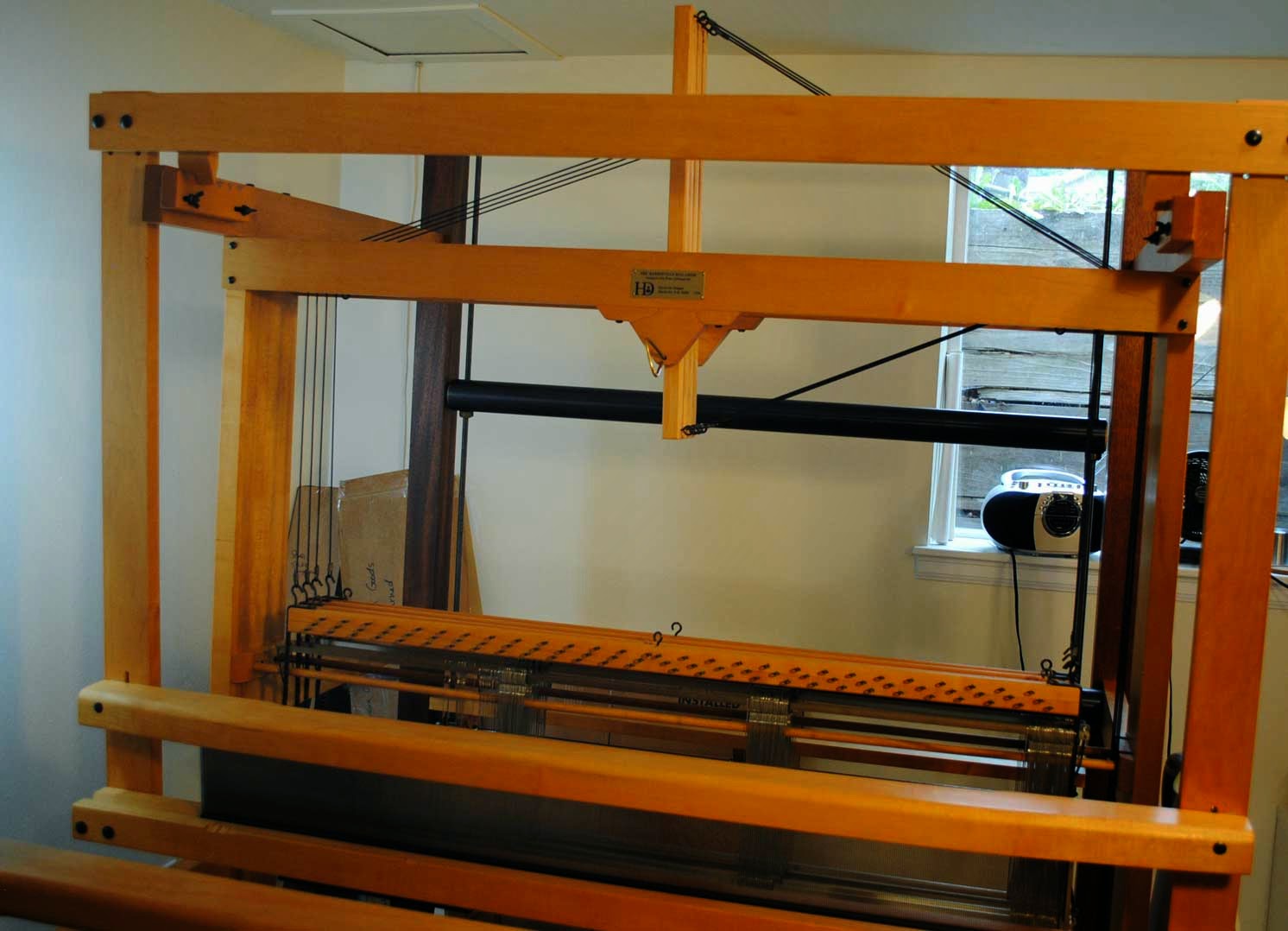 Unfortunately for my secondary loom, a Macomber, I completely failed at getting it down the stairs to the studio. She is now enjoying a lovely home in our living room. I was fairly desperate. I had the moving guys who unpacked the truck try first. When it looked like the scrawny guy on the bottom was either going to get crushed by the loom or the Macomber was going to go through the recently repainted wall, I told them to STOP. Days later I started taking parts off hoping I could get the loom to a shape small enough to go around the corner. After every possible part I could strip off was taken apart, it was clear she still wasn't going to fit. At that final moment of resignation I realized I was going to be working on those smaller pieces upstairs. At least the frig is nearby.

The third loom story isn't much better, but it did have a happier ending. My Leclerc tapestry loom is not one I use much, but I do want to set her up for some sampling and perhaps a tapestry diary. So I was pretty invested in that loom not living in the garage (as was Emily's car). Alas, a shockingly similar storyline played out. I took a whole pile of bolts out and couldn't get the expertly made joints to come apart. Fearing breakage, I put all those bolts back in and took it apart the other way. And it wouldn't fit down the stairs (I'm not a spatial doofus, I was pretty sure it would fit, but apparently not. There is no way a box spring is going down there--my apologies to all future guests). I put all of it back together and took it apart the other way AGAIN. This time I used a rubber mallet to gently tap those joints and they came apart. Then it fit.
Third time's a charm.
After a trip to ACE Hardware for the correct ratchet set since I was DONE with the wrench/plier combination, I even put it back together.

All of my other looms traveled in one piece. Thank goodness.
I'm done with assembling things for awhile. That proposed trip to IKEA? It is definitely off. 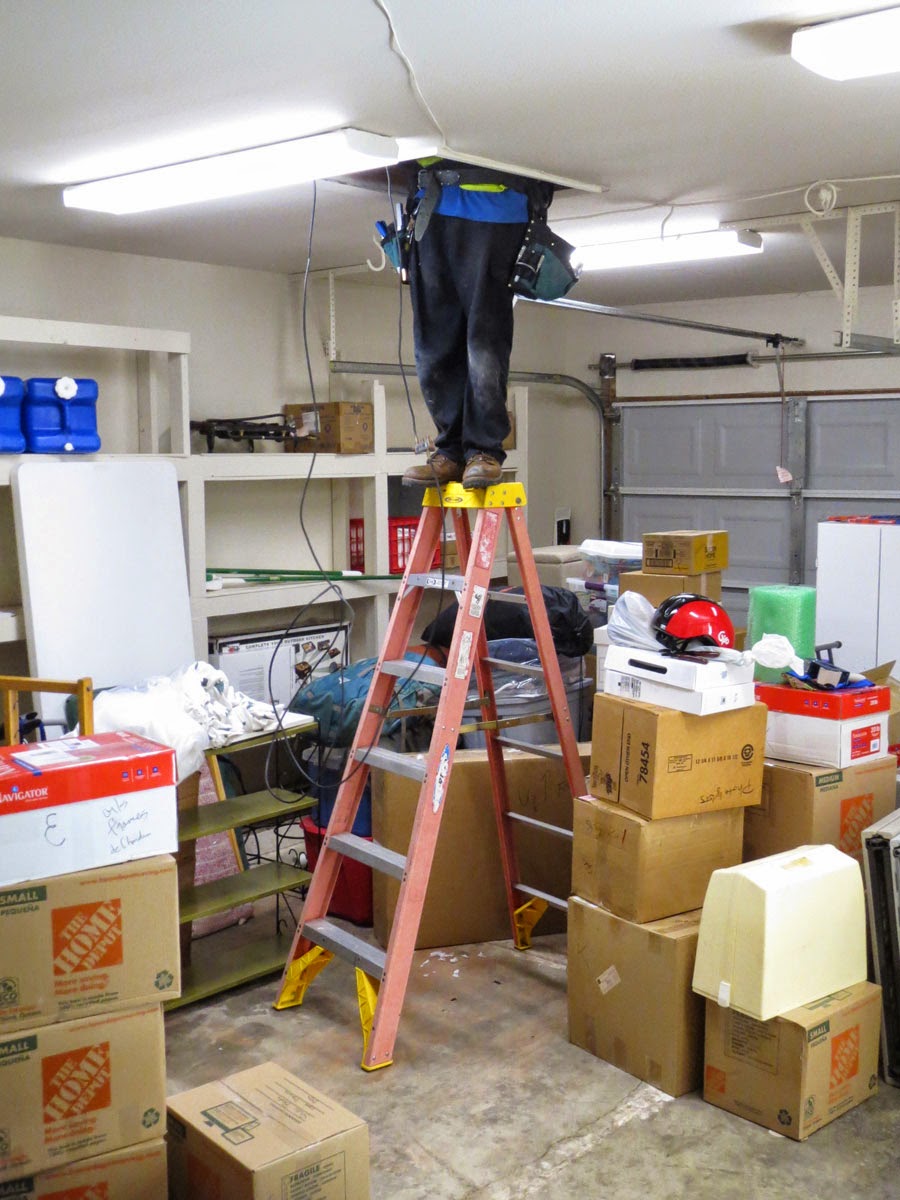 PS. If you ever lose the cable guy, look here. I lost him a second time and he was next door playing with the neighbor's dog Deuce.
Posted by Rebecca Mezoff