We stayed at a great B and B on Prince Edward Island called Briarcliffe Inn. (Incidentally, it is for sale as Mary and Bill have another business they want to focus on, so if you want a profitable and beautiful business on Prince Edward Island, check out their establishment. Here is a blog written by their daughter called Help my Parents Retire.) Mary and Bill Kendrick are amazing hosts. Mary made me fantastic gluten free breakfasts. Seriously, they were amazing. Bill makes wine and I greatly enjoyed my nightly glass of white. They are knowledgeable and love to share what they know about PEI with their guests. They were perfectly lovely hosts and I can't thank them enough for their hospitality and lovely home. 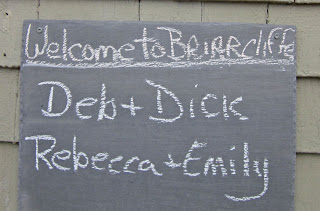 We got to feed the pigs! There is a pig farm next door to Briarcliffe and some of the pigs live in the woods on the B&B property during the summer. We got to feed and water them one morning. They were kind of cute. The next day we had last year's pigs for breakfast. Oh dear. At least it was clear they were happy. 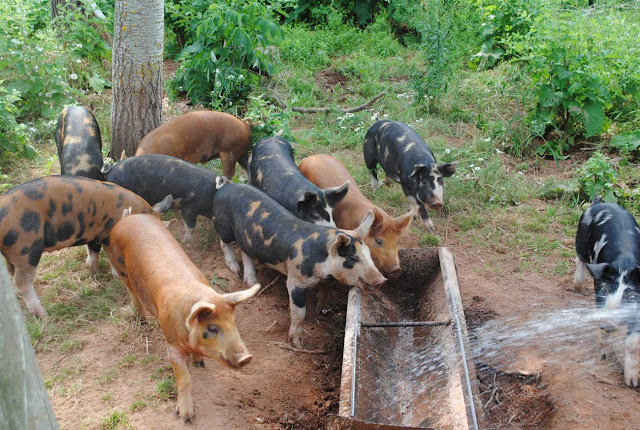 The roads on PEI are really red dirt. Ever read Anne of Green Gables? Anne is the number one tourist attraction on the island. It was a lot of fun to visit the world of L.M. Montgomery. I loved her books as a child. We read the first Anne book on the trip and come to find out I still love them. We did not visit the tourist mecca that is the Anne phenomenon though. The beach was calling.

There is a town on PEI called Crapaud. I actually made Emily pull over so I could take this photo. Crapaud is a term used in tapestry which James always said meant "crap." I suspect that isn't the real meaning of the term (isn't it something about frogs?), but when the tapestry just isn't working out, he would say that you might just have to put in some crapaud to make it all work out (and that was only if things got desperate). As an added bonus, this town is apparently the "Home of the PEI tractor pull championship". 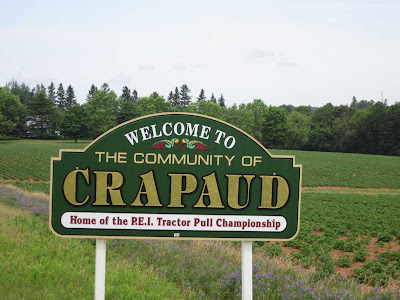 And I was sorry this little shop was closed in Victoria-by-the-sea. We did get amazing chocolate in Victoria. 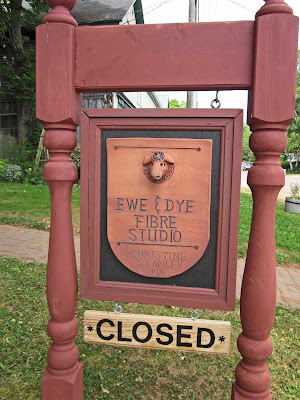 We had a great day on the beach, Dalvay-by-the-sea (By-The-Sea seems like a frequent addition to town names on PEI. Isn't everything there by the sea?). 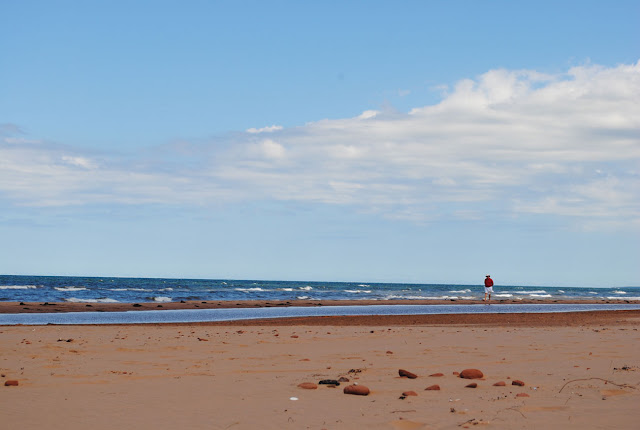 This field of potatoes was right behind Briarcliffe Inn. 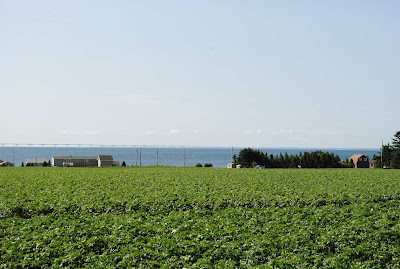 Those potatoes are destined to become french fries at this establishment of which there are plenty in Canada also: 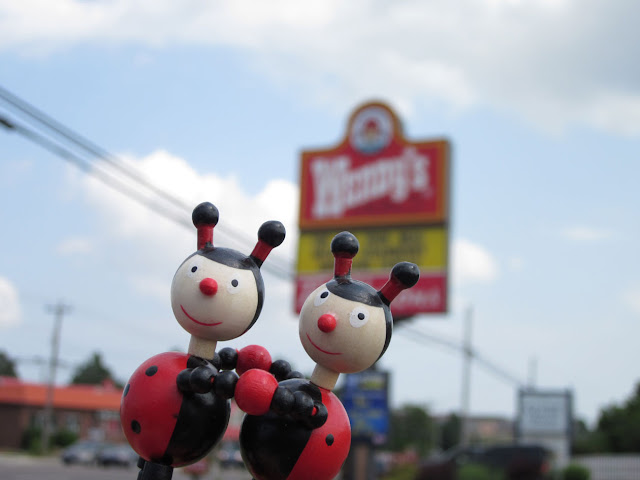 Prince Edward Island was a wonderful place for a honeymoon. Thanks PEI! 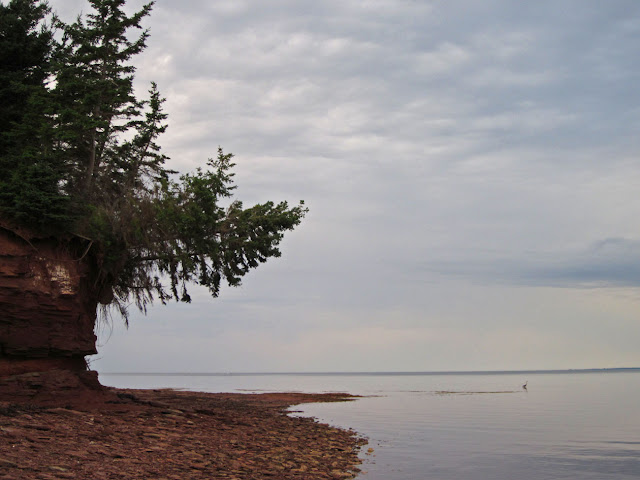