Kaneko: The tapestry of ATB10

Nebraska is almost 500 miles wide. I know because I drove from northern Colorado to see the fiber shows currently up at Kaneko in Omaha. I wanted to see American Tapestry Biennial 10 again and I decided to go when Dr. Jessica Hemmings who juried the show was giving a lecture. I visited this show in San Diego last May and you can see how Visions Art Museum displayed the show HERE. The show in Omaha looks very different. The huge space dwarfs the tapestries but does help you feel like they aren't hung quite as close together as they actually are. I posted many detailed photographs of some of the tapestries in the post from Visions.

Here are a few shots of the Kaneko installation and some images of tapestries I didn't show in San Diego as well as a short video. The video was done with a hand-held video camera. Please don't yell at me because it is shaky. It is only intended to give you a feel for the space. 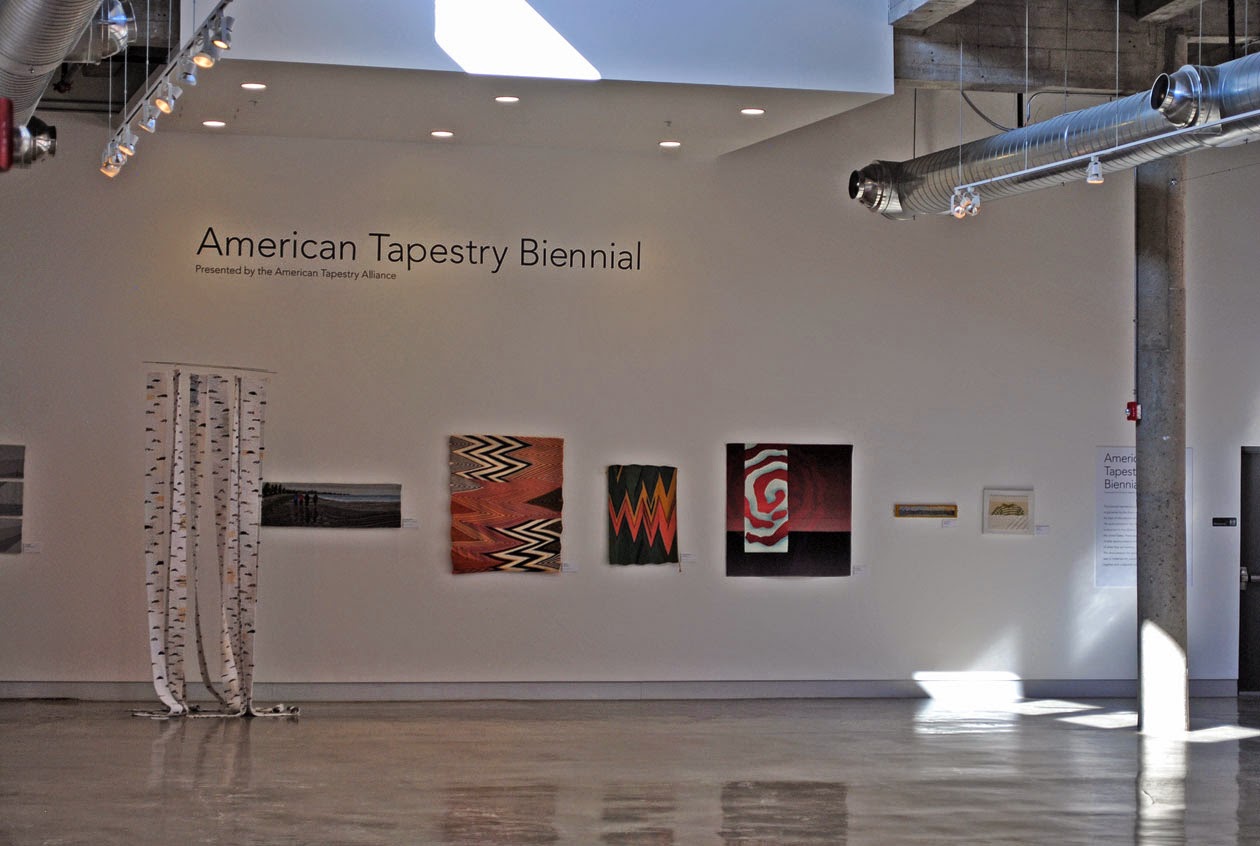 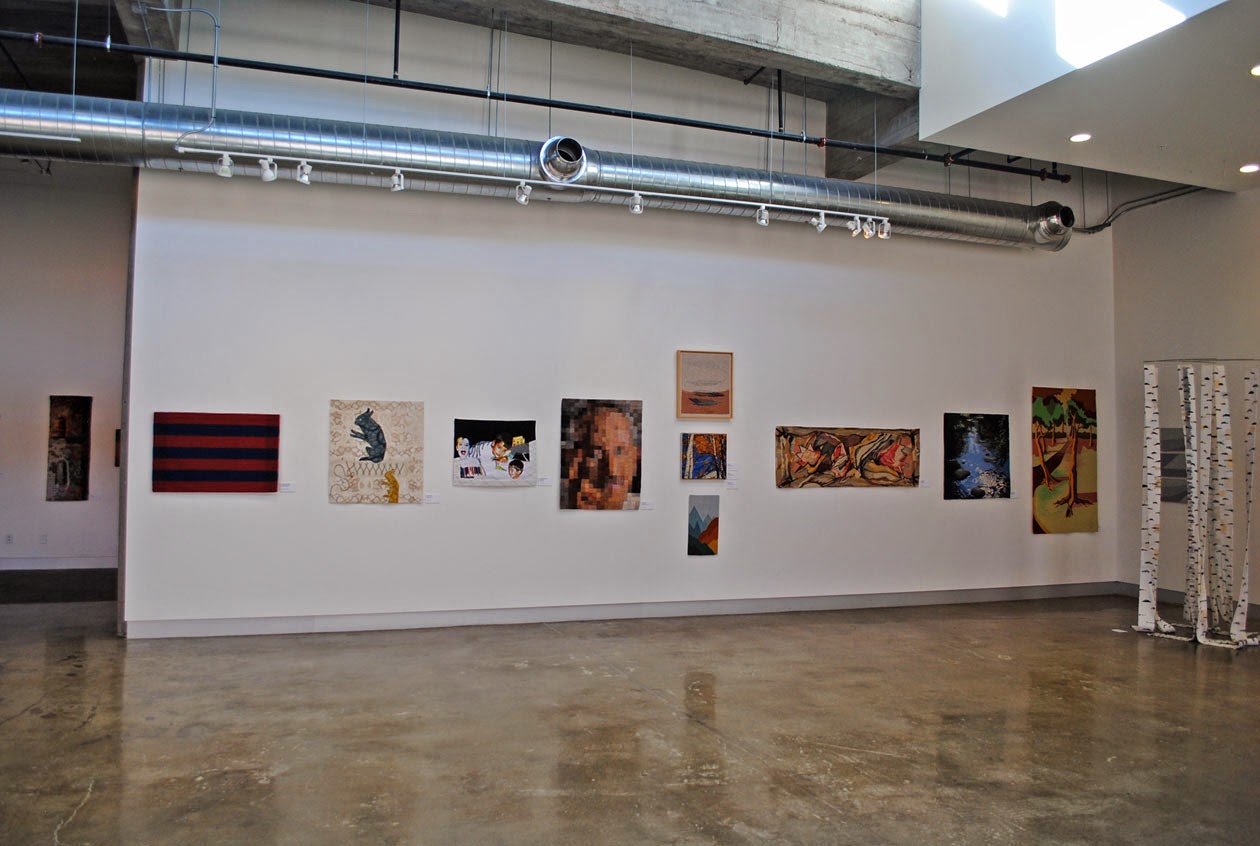 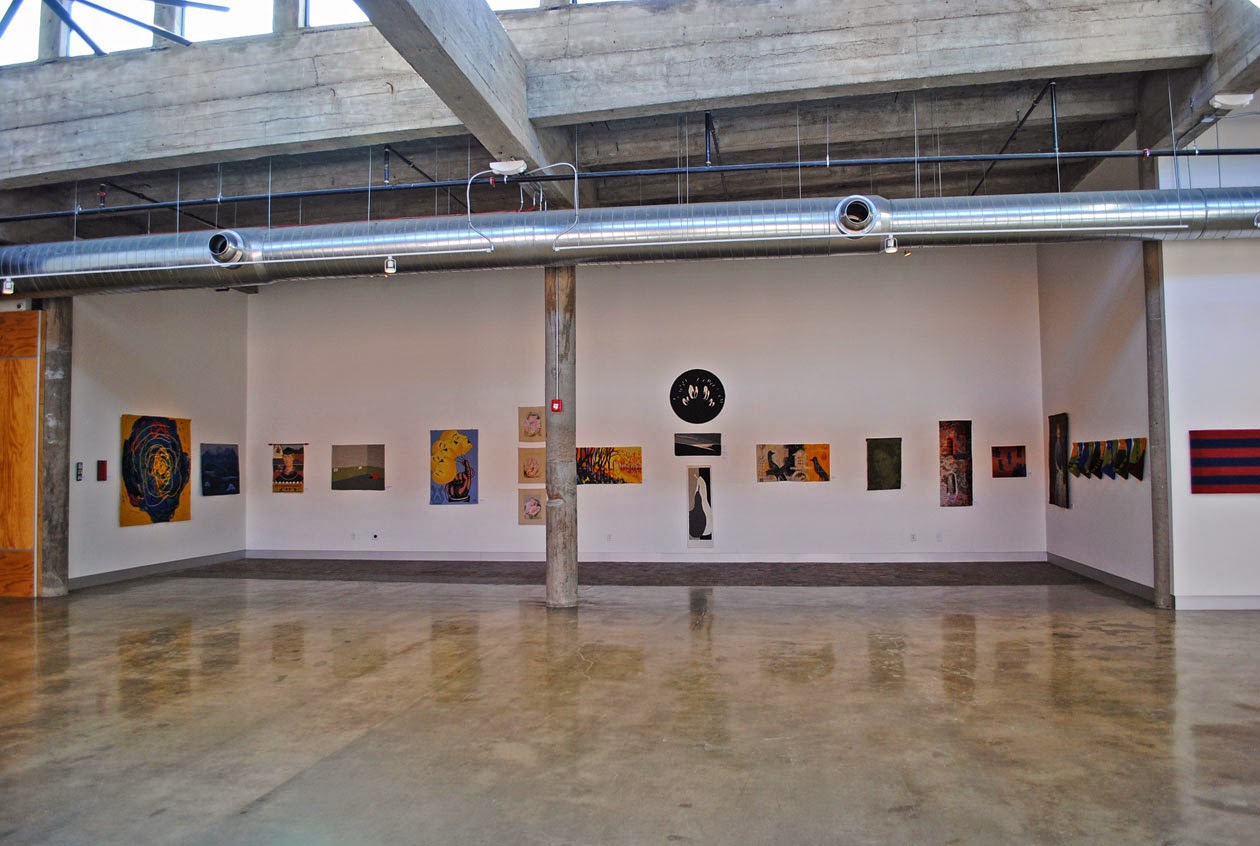 I have enjoyed all of these pieces over the last year and a half. Because I am one of the co-chairs for ATB10, I had the great pleasure of being the first person to see them as they were submitted by the artists, and now I have seen the show twice.

I was unable to get a good shot of Clare Coyle's piece in San Diego. Here is a little bit better photo of this marvelous piece plus a detail.


Kaneko displayed Cecilia Blomberg's Birch Rolls piece differently than Visions did.
Ann Booth's piece was much easier to appreciate in this show as it was hung in a spot I could look at it from both sides easily. This piece plays with you a little bit. This photo shows it from the right side and straight on. I believe she made this happen with soumak.
I took some photos of the show in the morning, sunlight streaming in through the clerestory and the glass brick walls. Then I went back after dark for Dr. Jessica Hemmings' lecture and I was take aback by how the yellow yarn in Lialia Kuchma's piece BlueRose looked like it was glowing neon. You can see it to some extent in the two photos below. In person the glow was striking.

There was one piece that was accepted to the show but was damaged in international transport. Unfortunately it was not able to be returned to the USA in time for the show at the Kaneko. Here is that image. 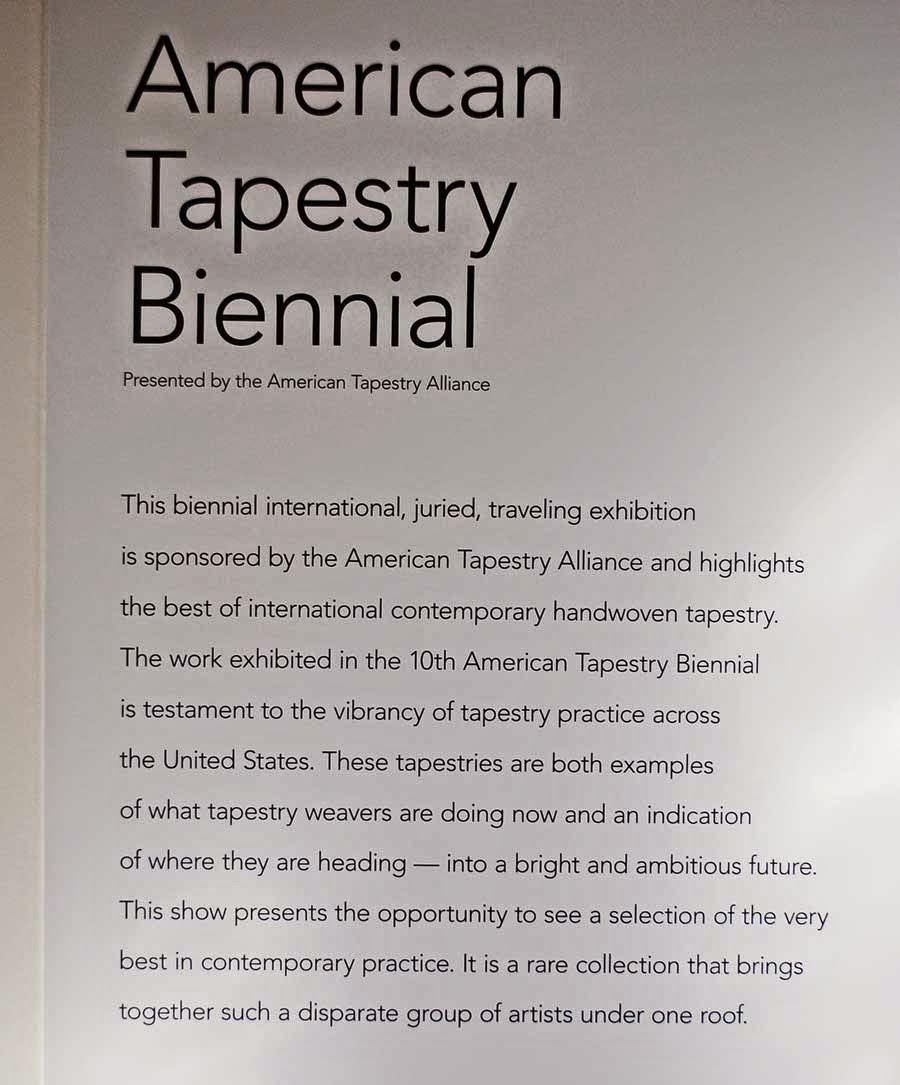 Please review my prior post about ATB10 for more photographs of the tapestries. American Tapestry Biennial 10, San Diego. Some of my favorites are shown there. The catalog for ATB10 is available through the American Tapestry Alliance HERE. Cornelia Theimer Gardella put the catalog together and she did a marvelous job.

Here is a very short video of the show.

I drove out to the college where Mary Zicafoose's solo show was... many miles and a Chipotle stop from downtown Omaha. The gallery was locked up, lights off. A kind office manager helped me realize that the postcard I was clutching hopefully in my hand which advertised the show did indeed state that it opens March 6th. Today is, after all, March 5th. It looked great through the windows though. I'll stop back tomorrow on my way out of town when hopefully it really will be March 6th. 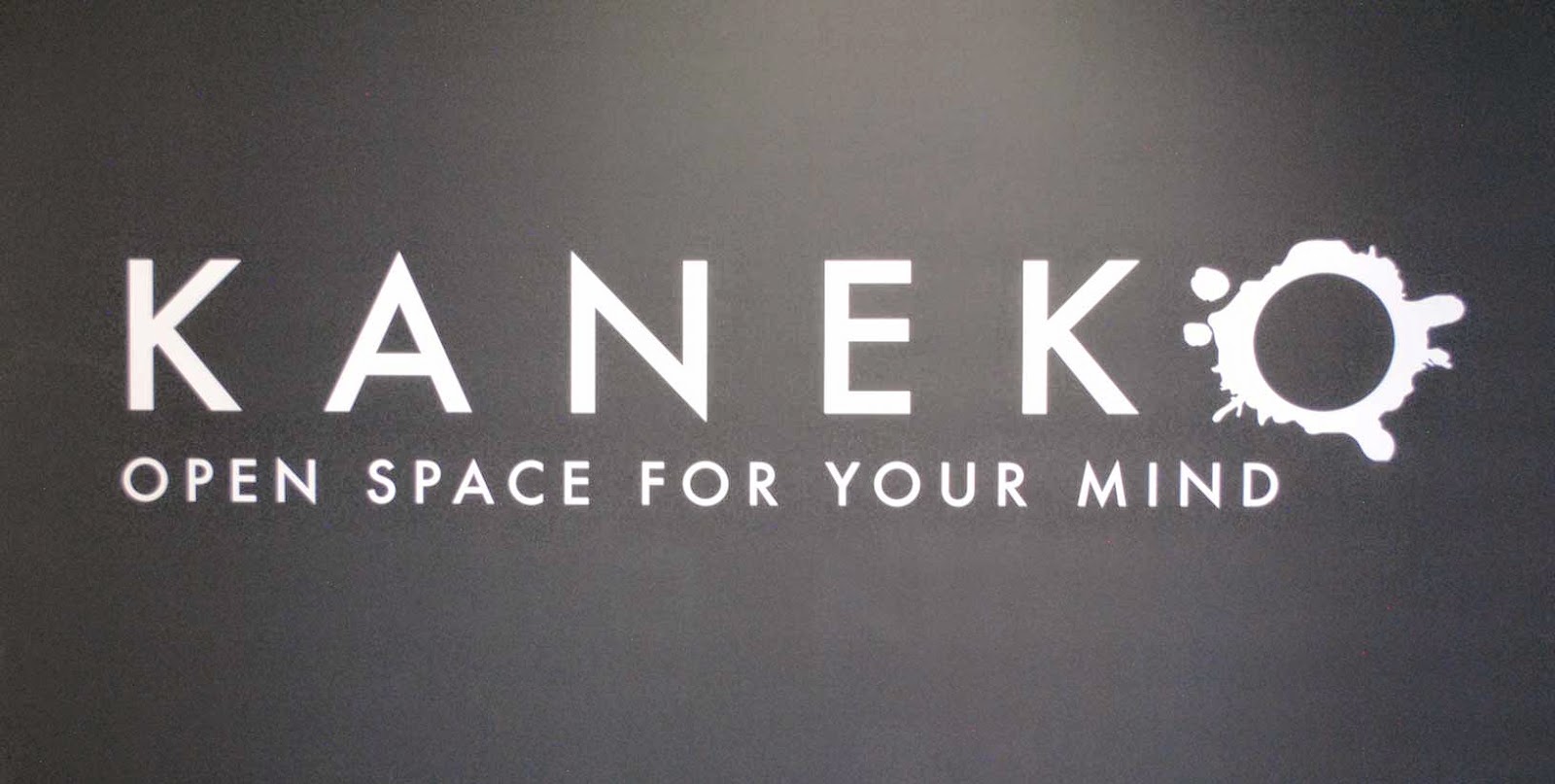 Stay tuned for some images from the other fiber shows at Kaneko right now. Jon Eric Riis's work was the most inspiring--all nine large-scale tapestries.
Posted by Rebecca Mezoff