I've had this little clear plastic box in my collection of weaving stuff for at least a decade. Now, by "collection of weaving stuff", you could perhaps think of boxes of accumulated stuff that "I might need one day" but really never use. Including the tension box for sectional warping (no, I'm not getting rid of that), assorted rolls of velcro and trim (some inherited from people now dead), large long boxes full of various sticks, dowels, raddles, and temples (and no, I never use them), antique weaving bits of this and that salvaged from my grandparents "collection of weaving stuff"... oh heck, the list could go on forever. Just ask my studio-mate. If you bribe her with kaffee und kuchen she might whisper how much stuff I have (and I wouldn't blame her one bit). Nah, I take that back. She is un-bribeable.

Anyway, the clear plastic box. Triumphantly, I finally had a use for it (after scrambling through cabinets for a good 10 minutes looking for it which really makes me cross). I have a two-fer collection of Brown Sheep rug yarn which I have finally come to grips with. (Two-fer meaning it fills two of those large plastic tubs that most people store Christmas decorations in in the garage but I have full of yarn). I can now stand before you and say honestly that yes, I am a yarn hoarder, but I am in recovery and I am getting rid of those two huge tubs of Brown Sheep yarn. The problem is I didn't know exactly which yarn it was. Thus, the yarn balance.

Here it is. A rather simple device actually. The little plastic arm has a small metal rod through it that sits in two divots in the top of the box after you take the lid off. 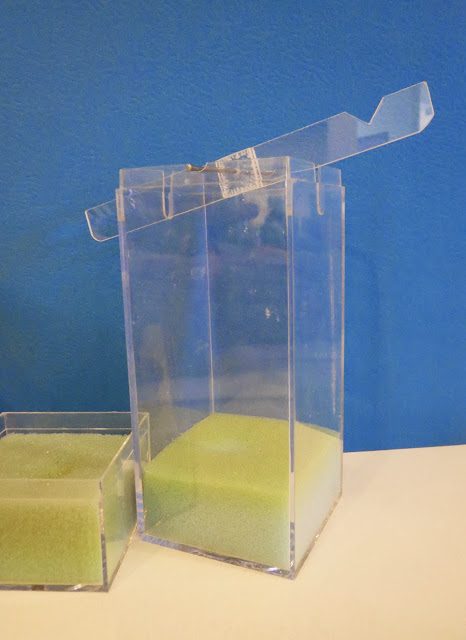 It is used to figure out how many yards per pound a certain yarn is. I think it is peachy of them to use pounds. They could just as easily have used grams. I don't quite understand why yarn labels are always giving the weight in grams but the length in yards. Isn't that like speaking two languages at once? 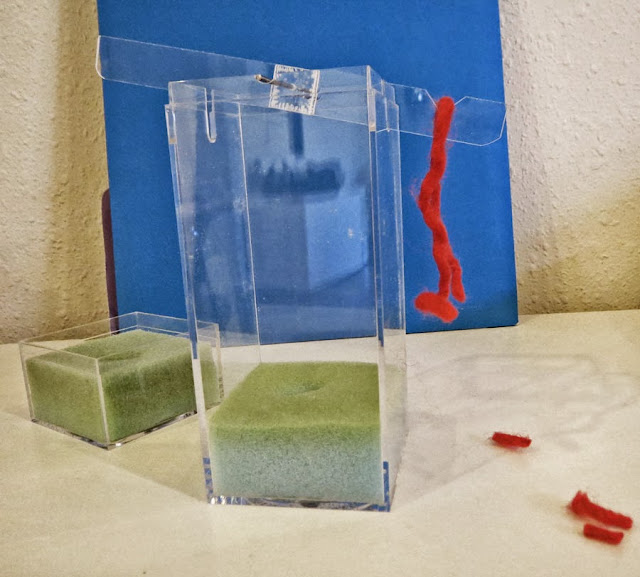 Anyhow, the way the thing works is you cut a piece of the yarn in question and loop it over the notch in the yarn balance. Then you snip off little pieces until the arm is level. 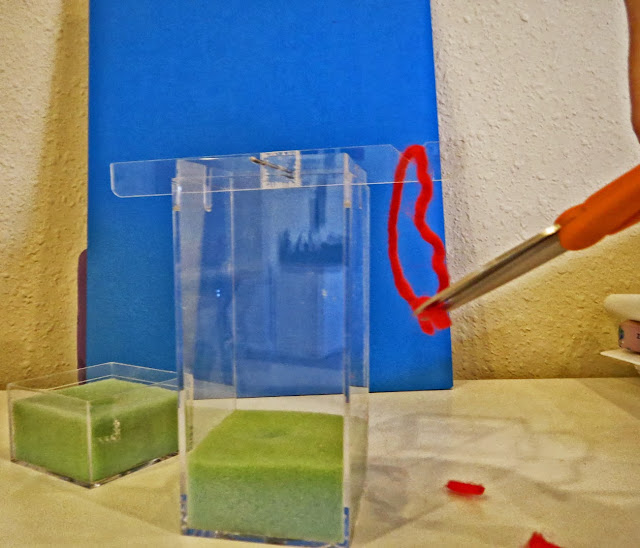 Then you measure the piece and multiple by 100 to get yards per pound. (The photo below is deceiving. After a few trials the yarn averaged out to 660 yards/pound.) 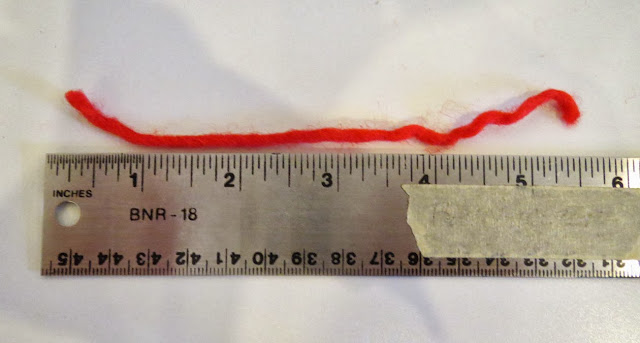 As long as I use the yarn balance at least once a decade I can keep it, right?

PS. If you're interested in the large whack of Brown Sheep yarn on ebay, go HERE. The current auction ends Thursday 10/24.
Posted by Rebecca Mezoff