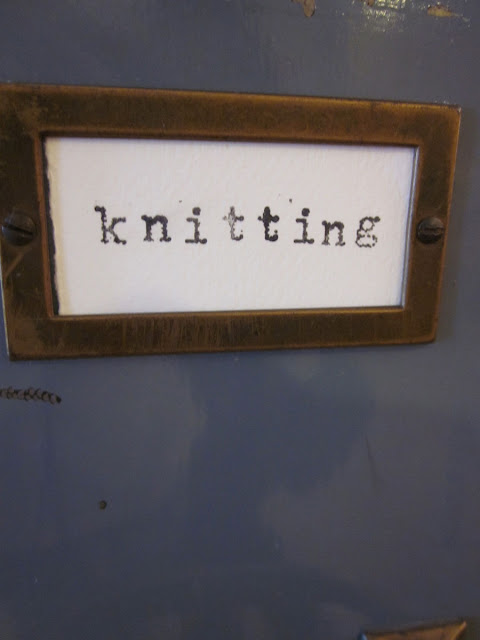 Some of you are undoubtedly sick of yarn store photos... for some reason I find the hunt for yarn stores immensely gratifying though I have to admit that the selection doesn't always vary that much.  I'm looking for that one gem that has the yarn I've never seen before. Maybe I'll still find it... we're heading to Canada next week after all!

This yarn store was adorable--and in Burlington. Nido sold both fabric and yarn and was on the second floor of the pedestrian section of Burlington. 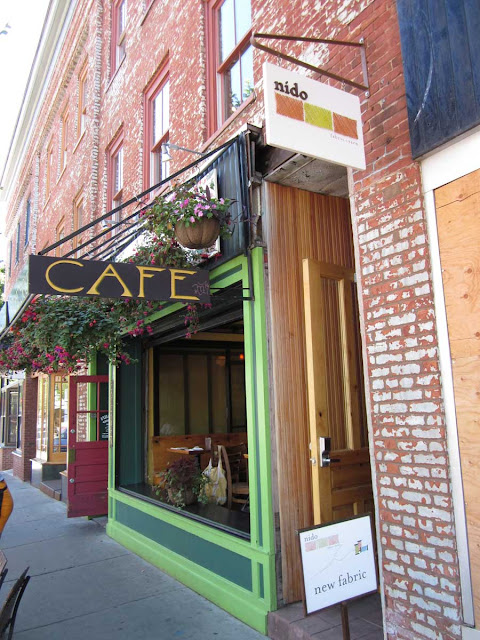 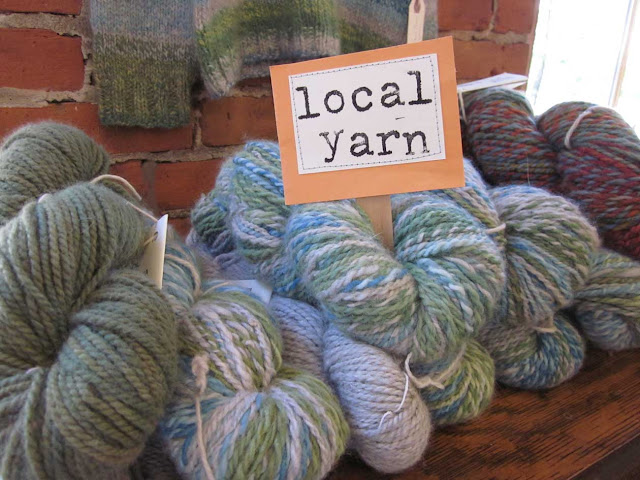 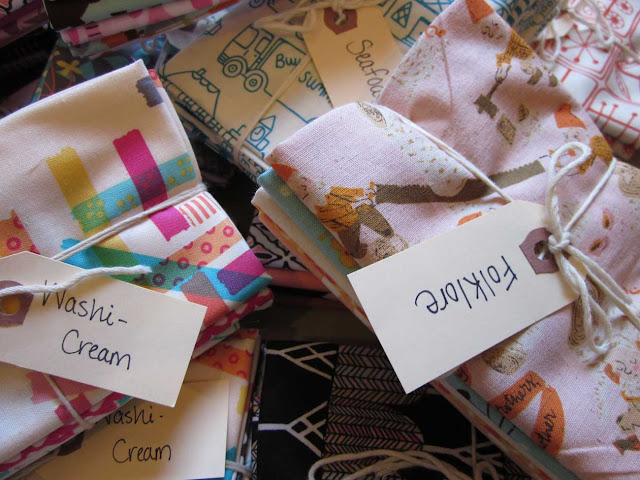 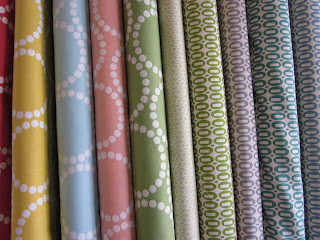 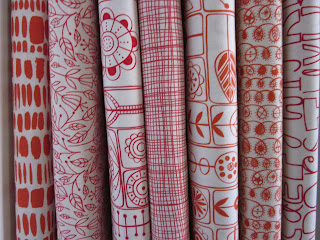 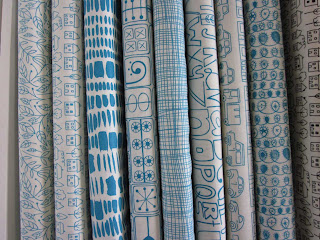 Whippletree is in Woodstock and we drove by it repeatedly until Emily recognized it as a yarn store. 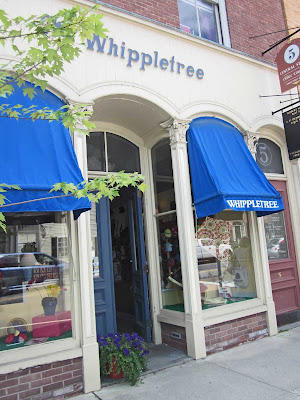 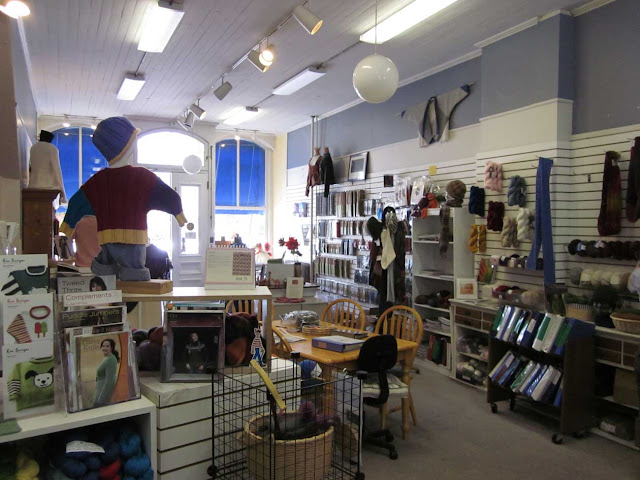 I did find a beautiful silk merino blend though they only had one skein. I think it is destined for a baby hat. 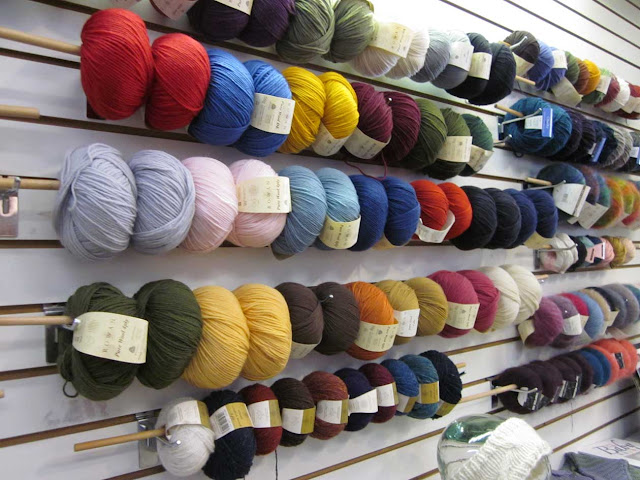 In Woodstock, VT there is a large old mill on the south side of the road which is signed prominently for Shackleton Thomas. This little weaving cooperative was inside of that building. They were not open and it looked like they made mostly rag rugs out of t-shirts. 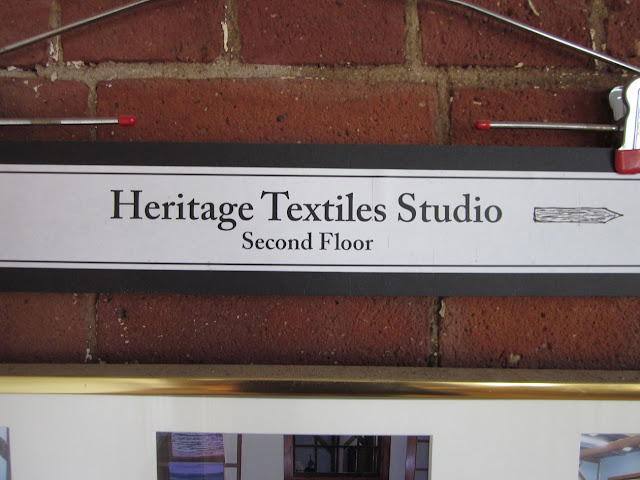 Does anyone know what loom this is? They were weaving rags on it using some tapestry techniques. 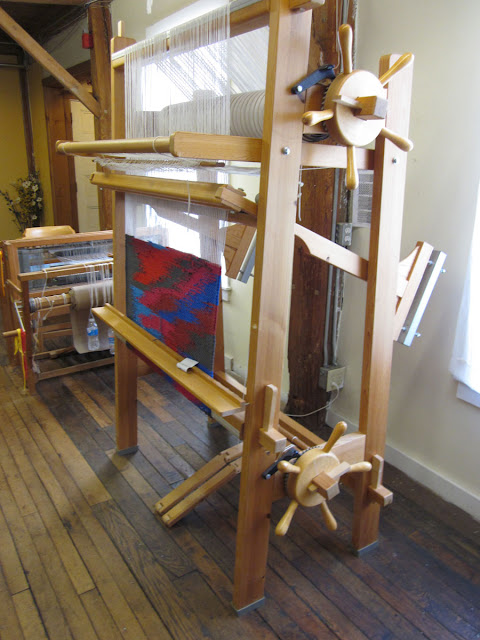 This is the longest warping board I have ever seen--a great idea though especially if you don't warp sectionally and you don't have room for a reel. 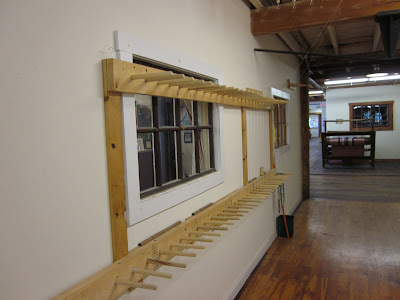 Shackleton Thomas makes beautiful furniture and pottery. It is worth a visit... and this particular Shackleton is a relative of THE Shackleton (the polar explorer himself). 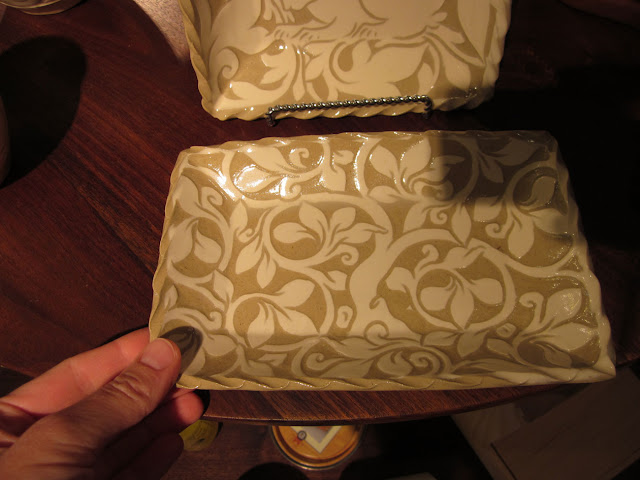 Apparently the intrepid explorer loved legos as a kid. You can go play with them if you want to--though they are covered with a lot of sawdust (they are upstairs in the woodshop). 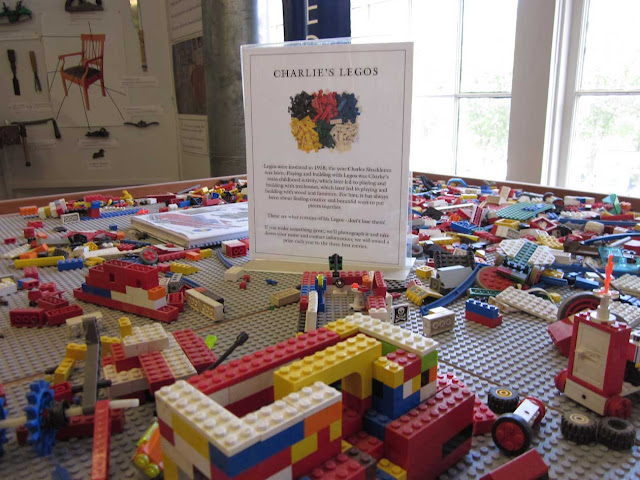 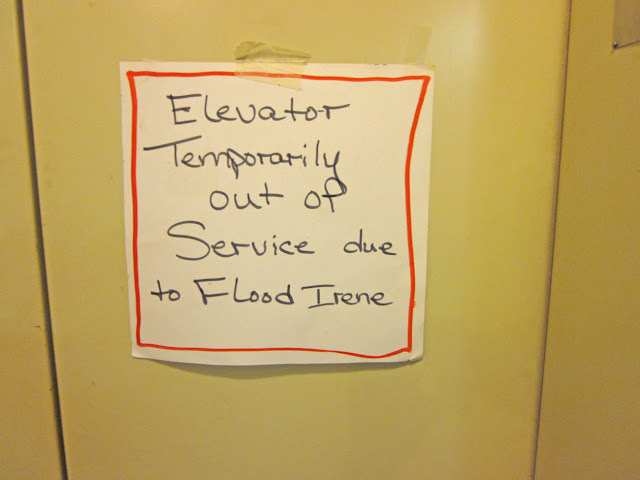 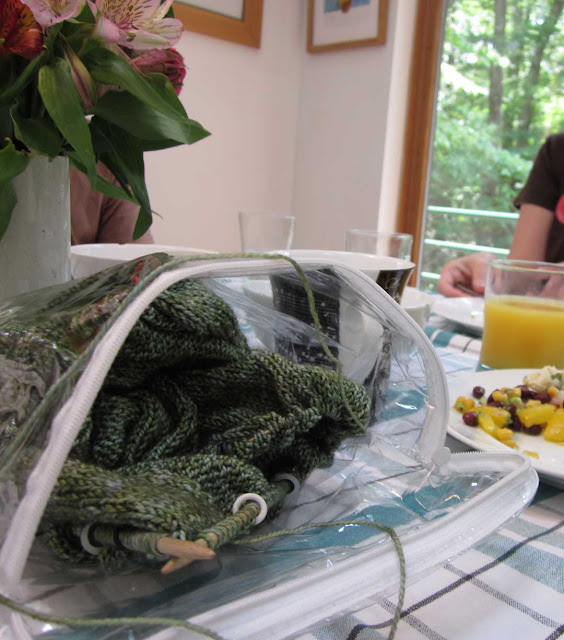