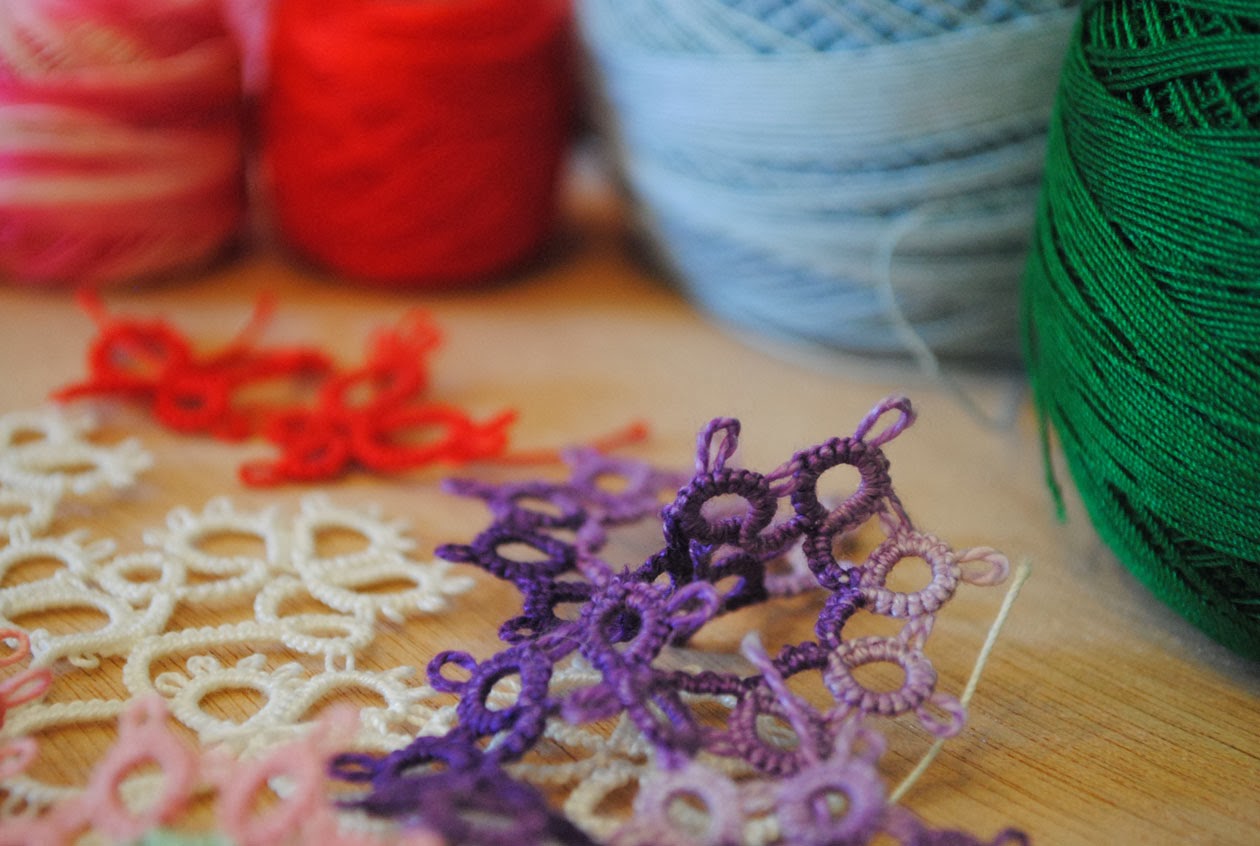 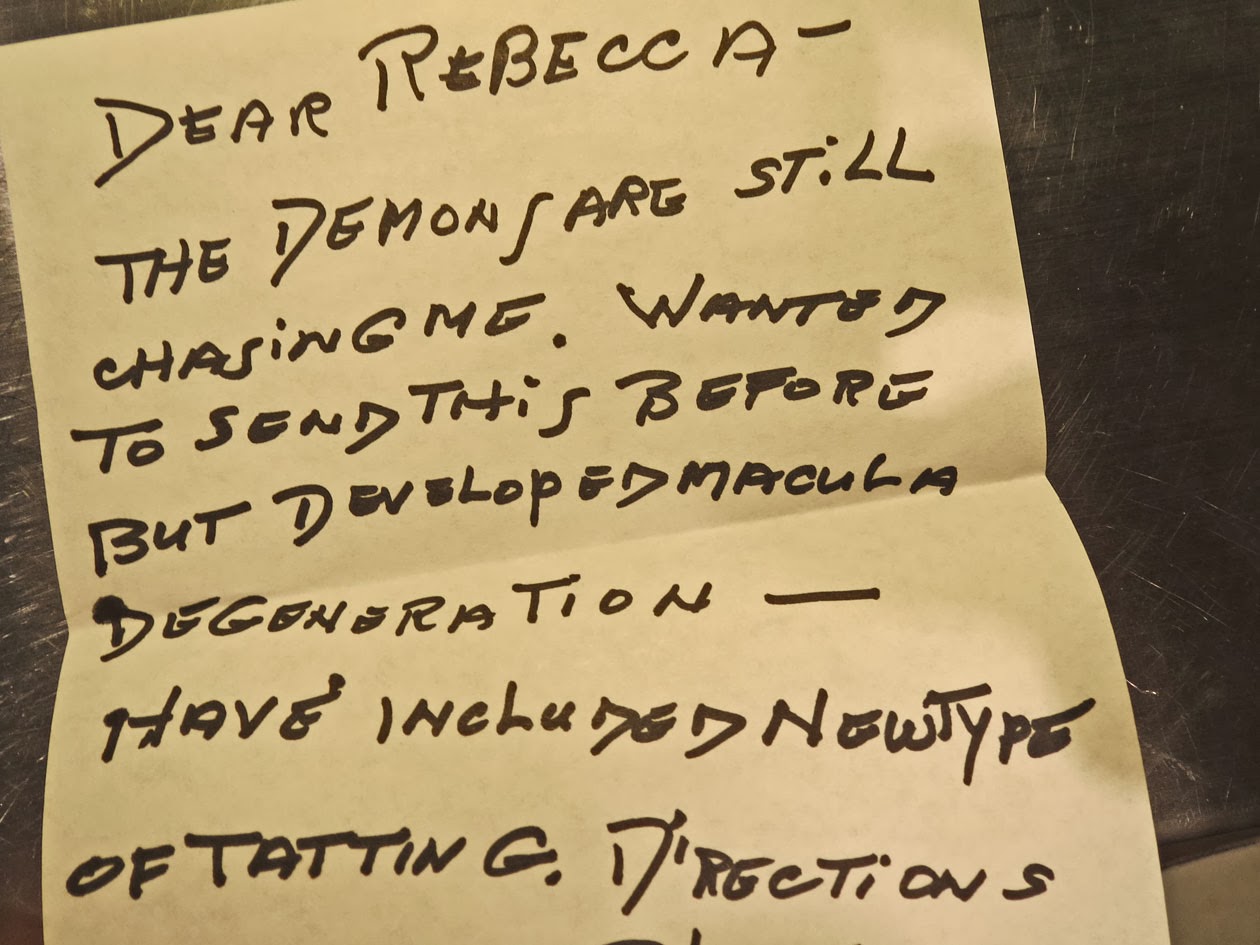 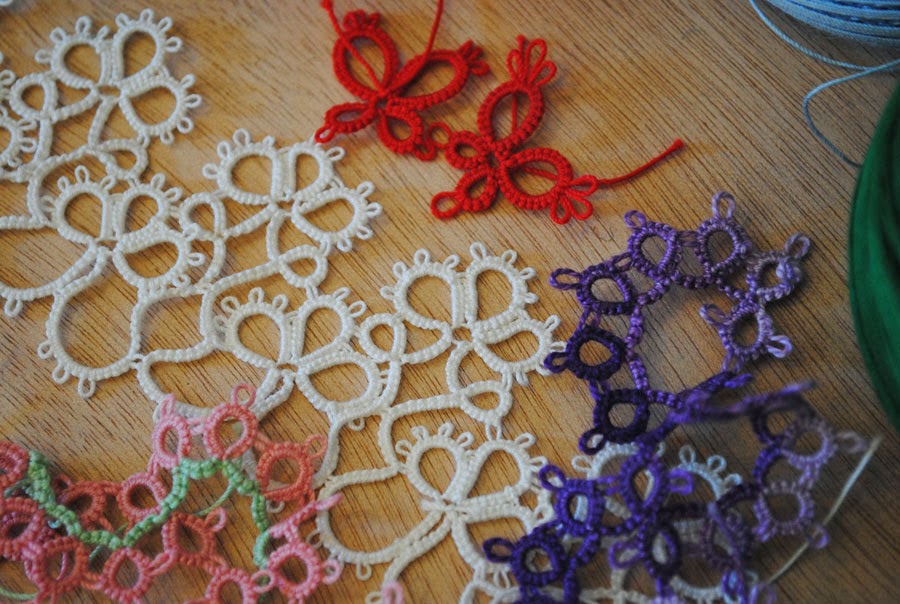 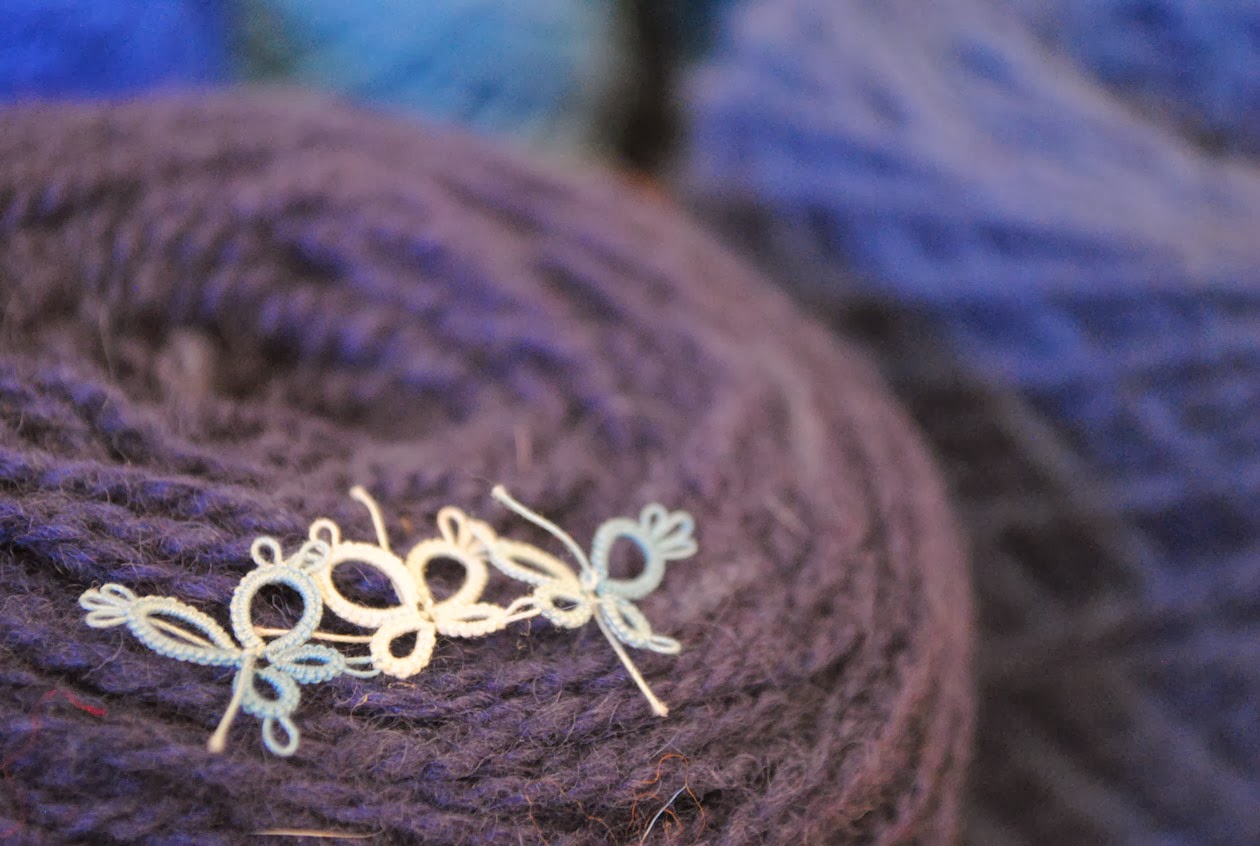 Growing up on the edge of the Navajo...

I gave a lecture for Las Tejedoras Fiber Arts Guild on Saturday morning. I had a lot of fun putting the lecture together and it was well received.

I was talking to a group of fiber artists, many of whom did not weave tapestry. So I wanted to give a talk that told them something about myself, my experiences growing up in New Mexico, and my evolution as an artist. I was reading Stanley Crawford's book River in Winter recently and the first essay in it is about various sorts of lines in Northern New Mexico. It starts like this: "As a straight line person who has settled in a crooked line region, I think a lot about lines." And it goes on to talk about the curved lines of the first acequias and then the introduction of barbed wire and private property:


There are two ways lines have been drawn in Northern New Mexico, to two purposes: one, to draw a circle, to enclose a community, much in the way an acequia flows out away from the stream or river and then arcs back to it; and two, to section up the land in angular grids for the purposes of quantifying property, the better to speculate in it or market it.

There is of course another way, a primordial way, the way that nature draws lines: the edges formed by streams and rivers, ridges, escarpments, mesas, and lines of vegetation that shadow contours of geology and altitude, and the tracks of creatures and the trails of men and women on foot that interconnect campsite, spring, forest, meadow, and river. It is places like this we go when we wish to escape our own too straight and too confining fences, and the sharp pointed barbs of our quantifying civilization [...]

I love the native concept of circular time. I feel somewhere deep within that it is very important and that my linear, stress-driven world is somehow way off the mark. There are things about New Mexico's "land of manaña"* status that drive me crazy in my anglo, straight-lined head. But I have to say that when I sit still and feel the places that life really speaks to me, time feels circular. The times that are most like that for me are when I am weaving a tapestry or out in the backcountry hiking for days and days.

I grew up attending a mission school on the edge of the Navajo reservation. I was a white girl in a sea of otherness. And I think in the long run, it did me a lot of good. Learning about feeling different taught me how to find ways to belong. And those skills I learned as a kid have come in handy lately as I face the struggle of being a tapestry artist in an art world that doesn't recognize tapestry as an art form.

Growing up among Navajo kids also jump started my fascination with the weaving traditions of New Mexico. The first tapestry techniques I learned were traditional Hispanic Rio Grande-style tapestry though I left the program after a year, feeling like I needed to make my own kind of art. My own weaving traditions, even though my grandparents were weavers, are far less defined than especially the Navajo way. Perhaps so many anglo people are drawn to Navajo traditions because we lack or don't understand our own.

I can't weave in the Navajo or Hispanic ways because these are not my traditions. I don't have the necessary spiritual or cultural background to weave "Navajo style" as I often hear classes in such techniques referred to. I love my Navajo colleagues and I hope that through collaboration with each other we can learn new ways for all kinds of tapestry... but I'll still listen for the thunk of the Navajo forks when I wander across the rez. 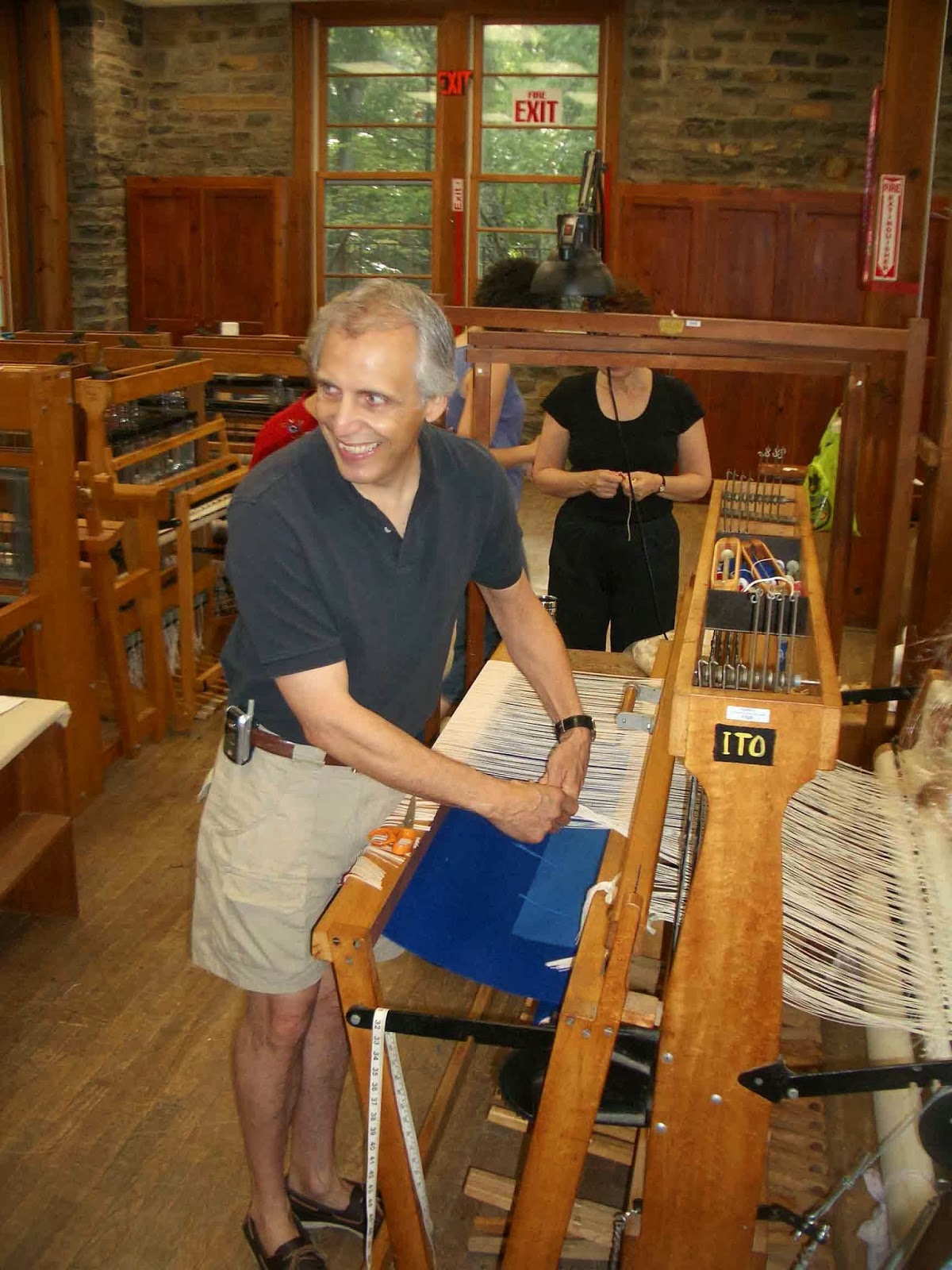 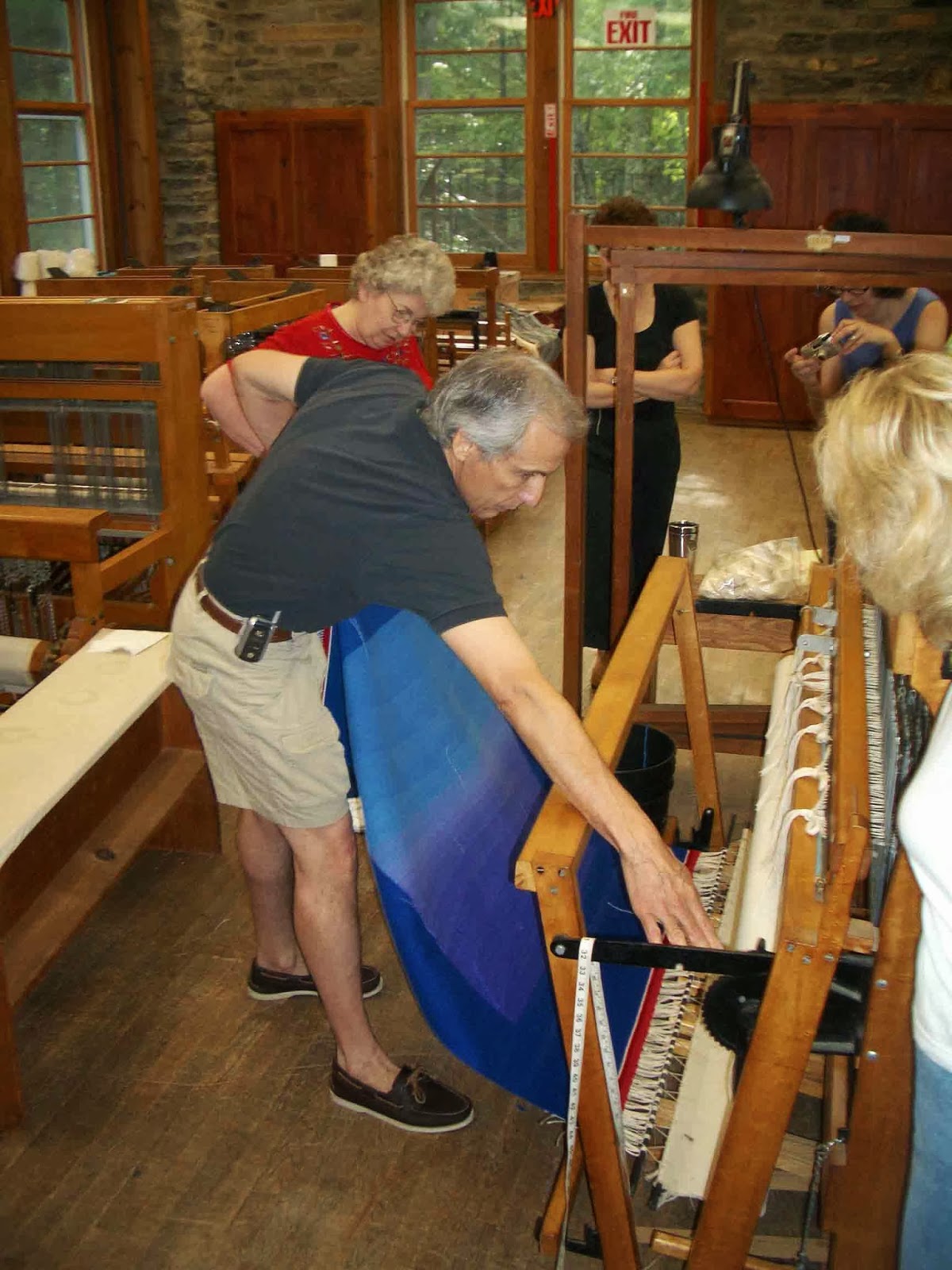 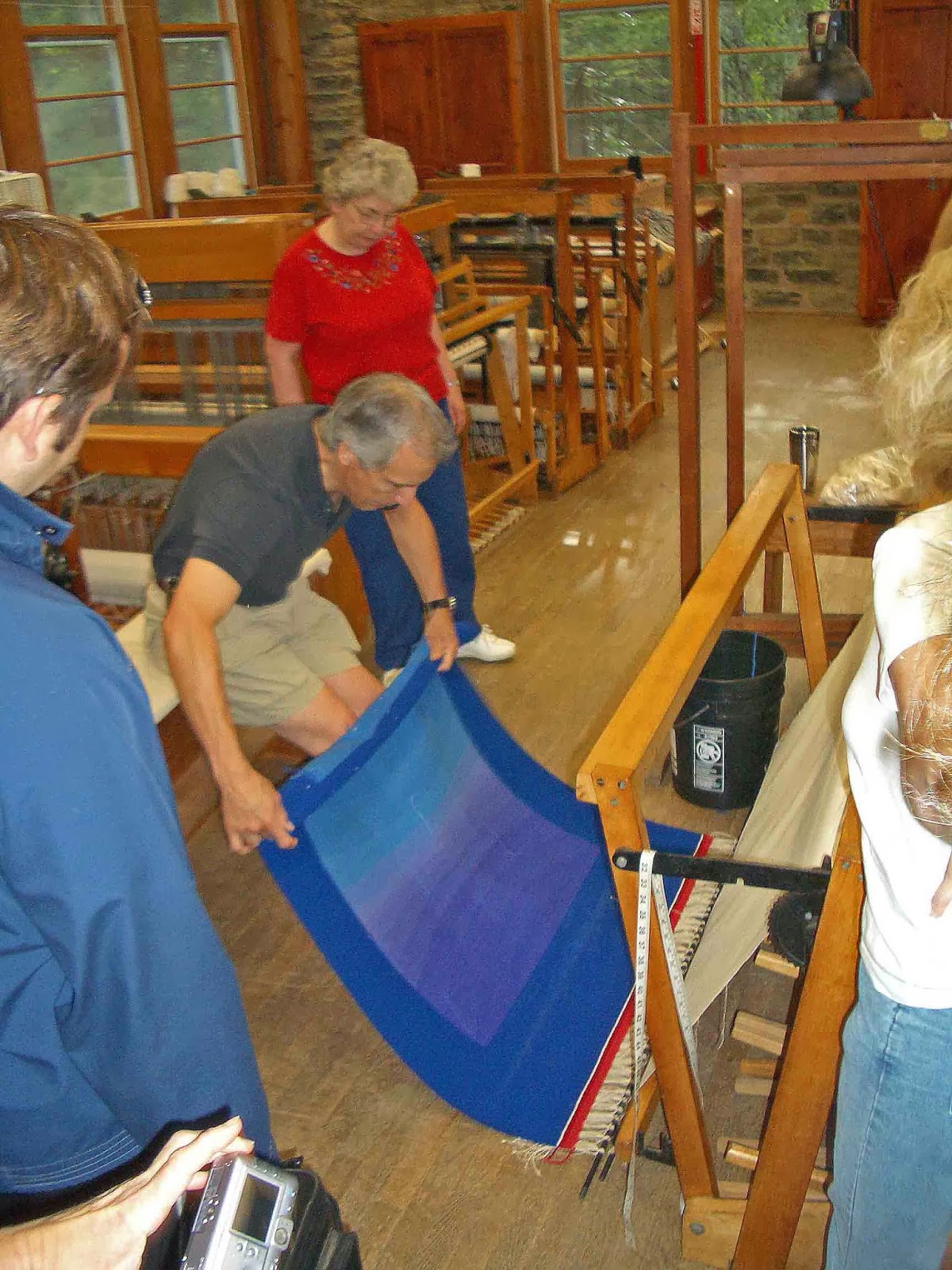 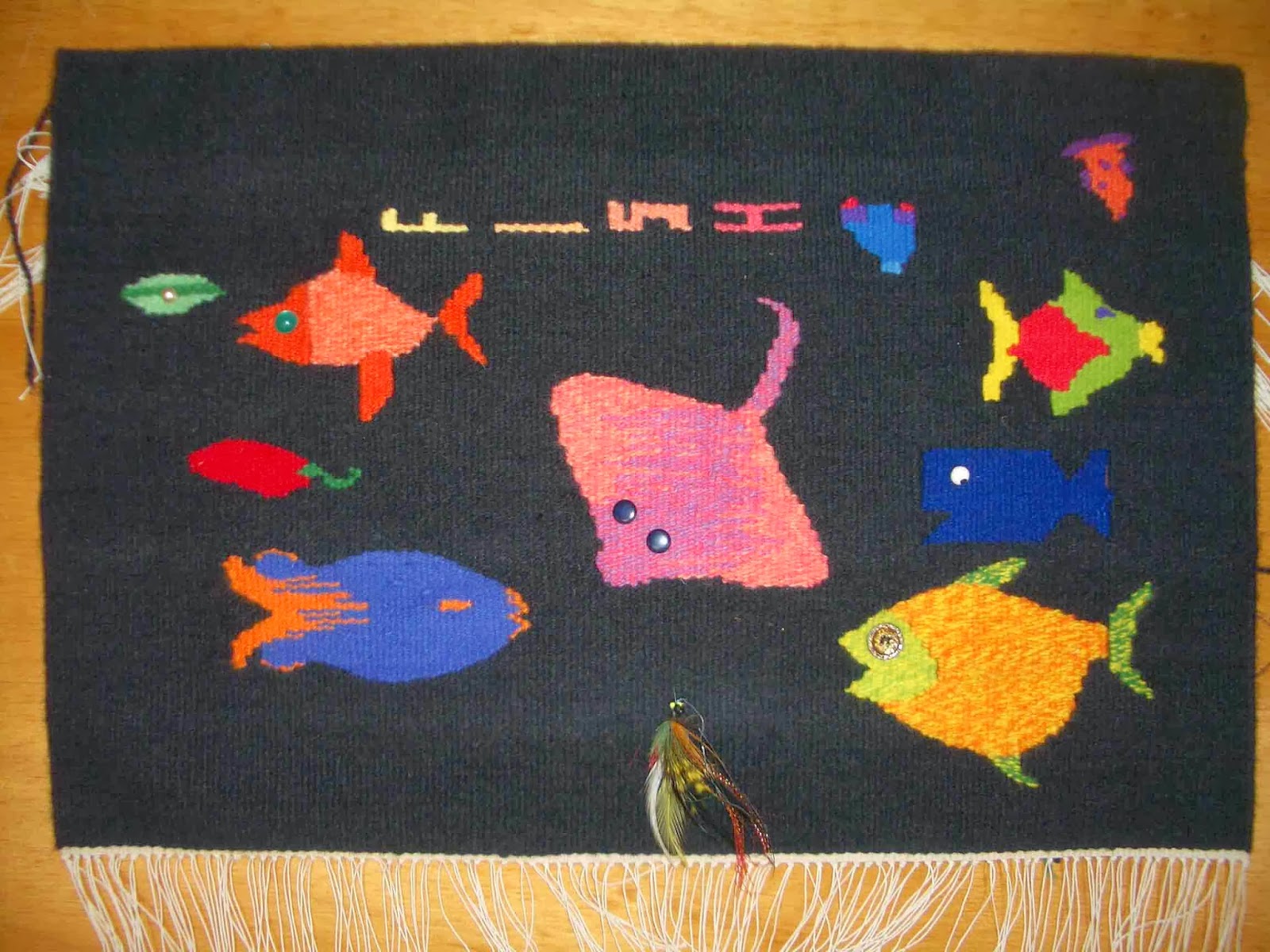 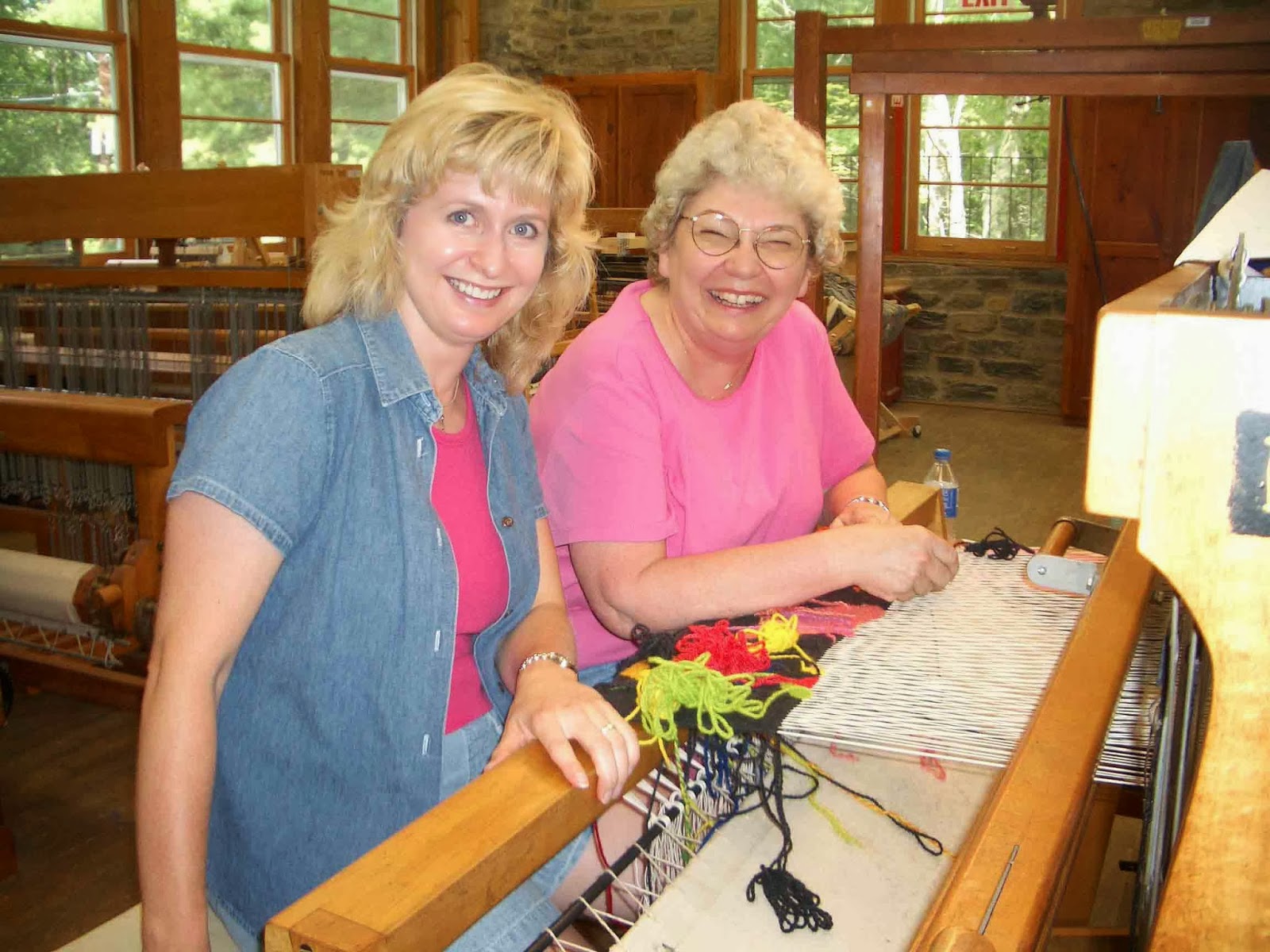 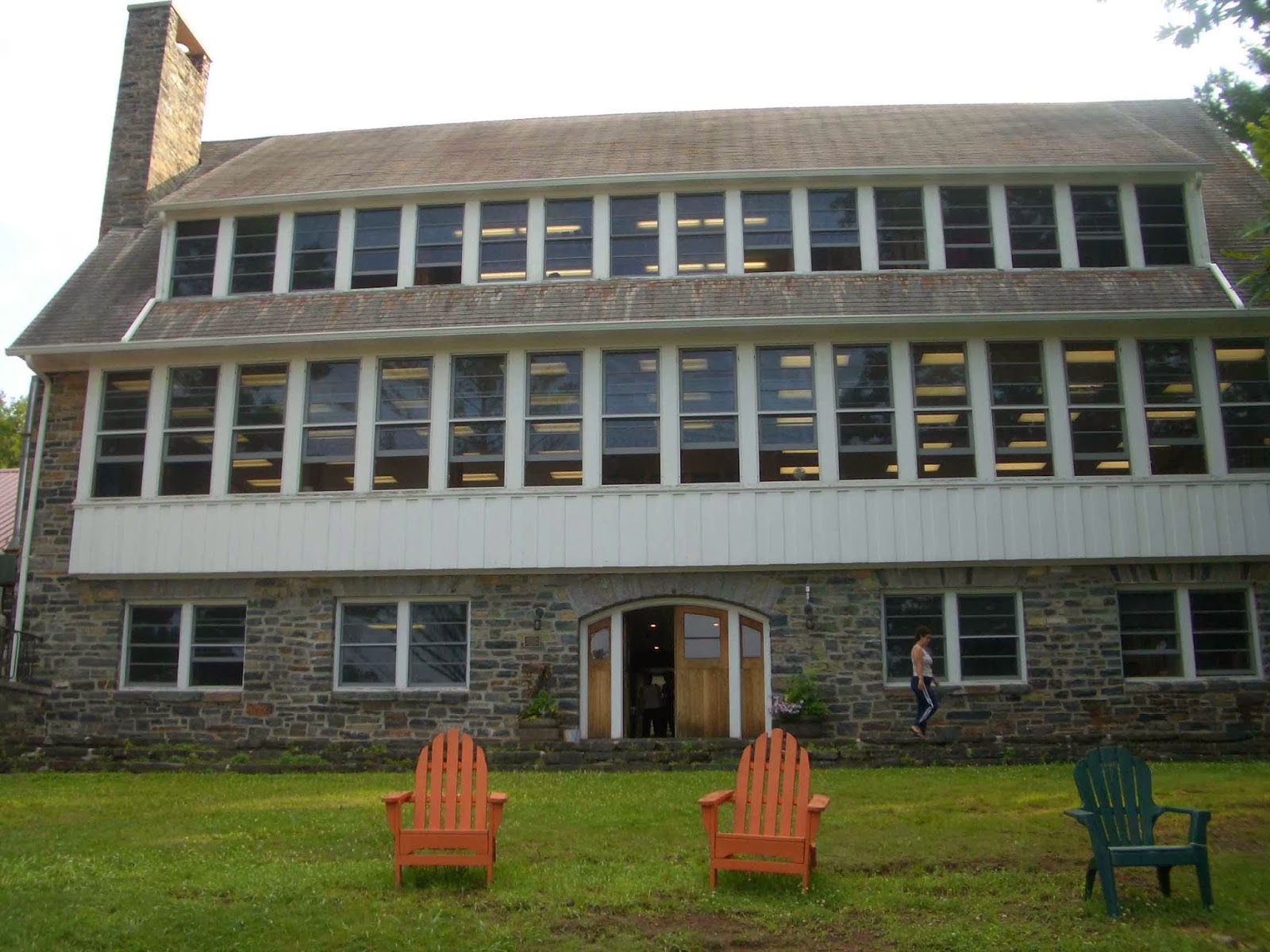 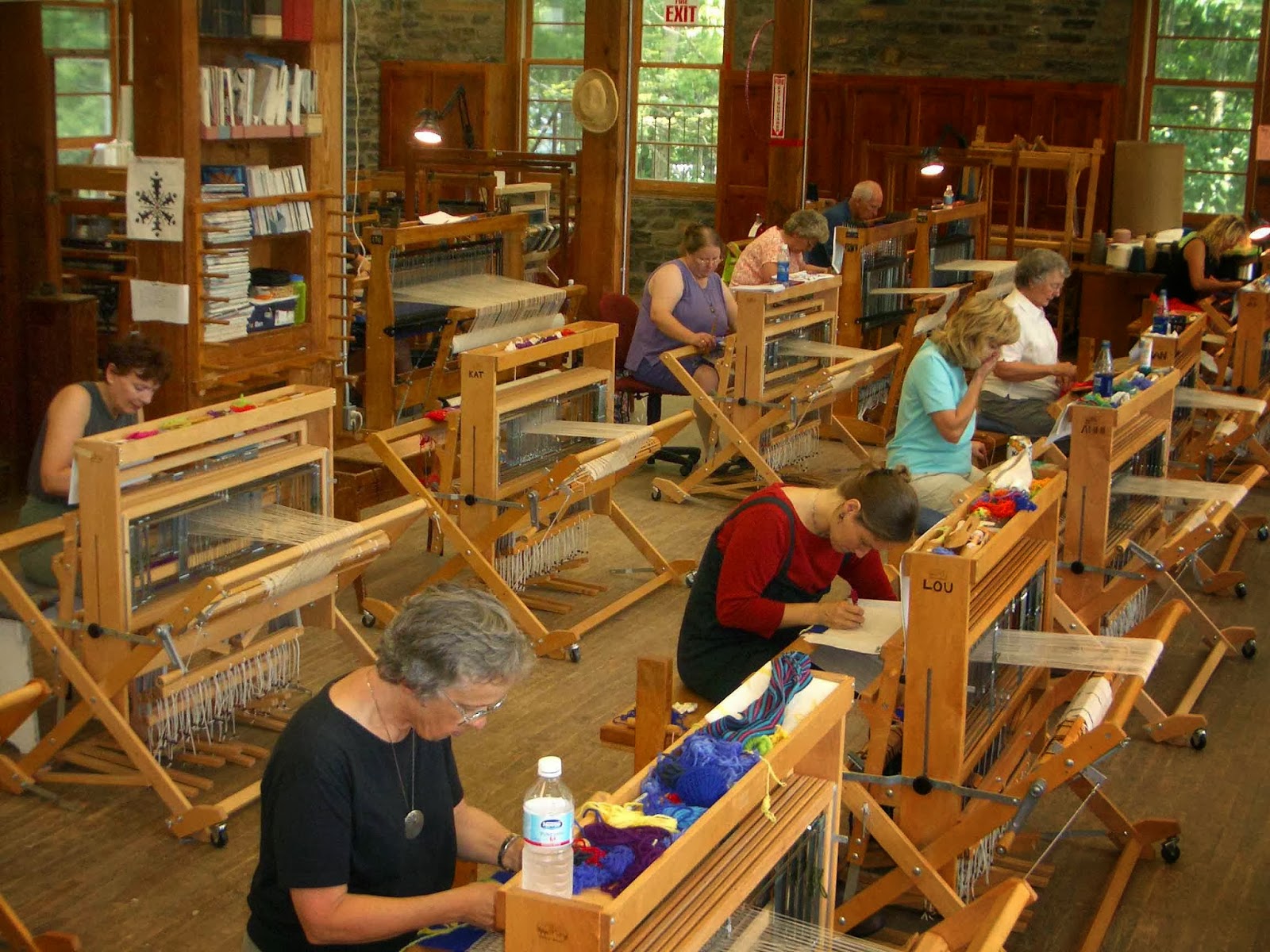 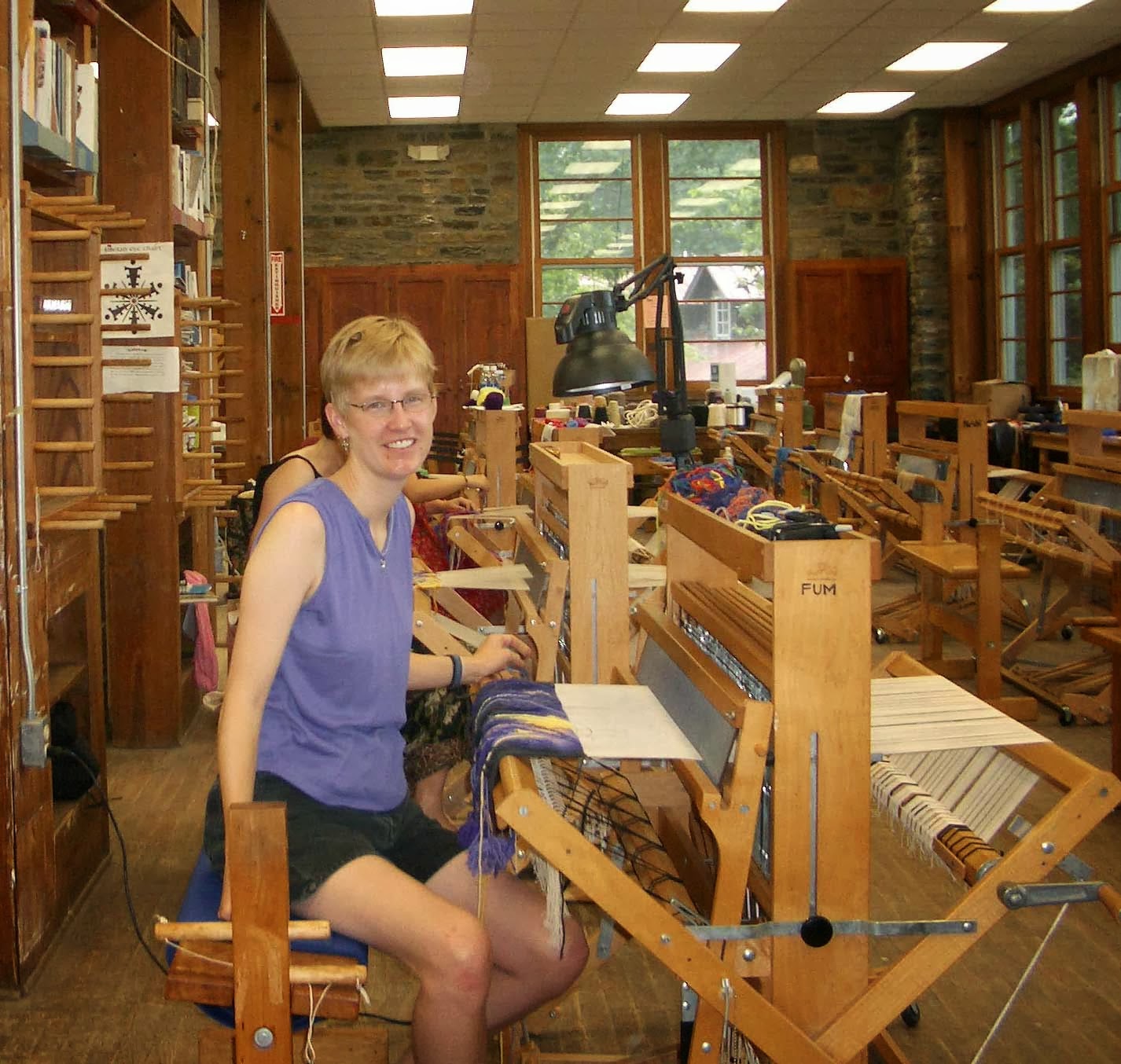 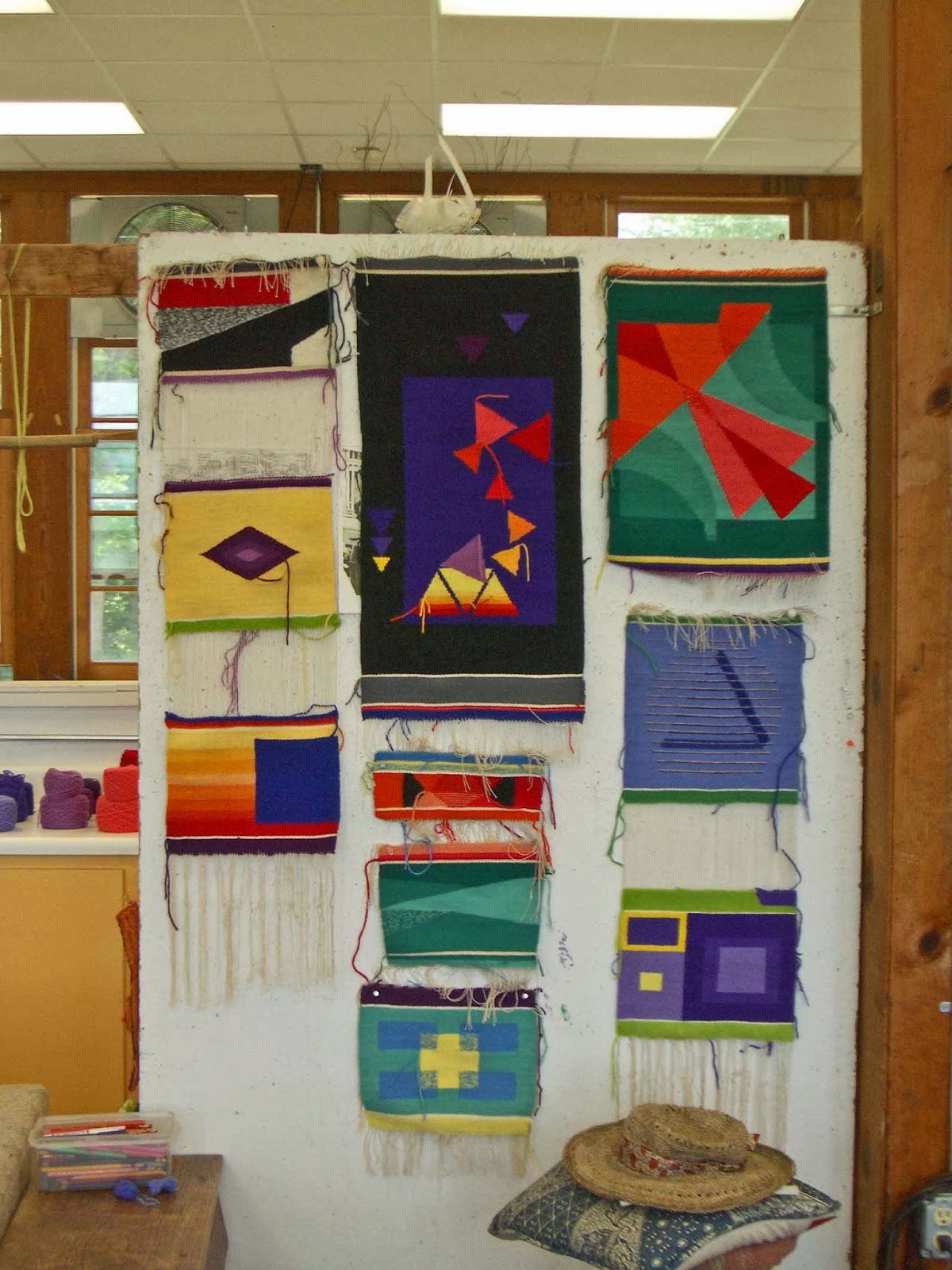 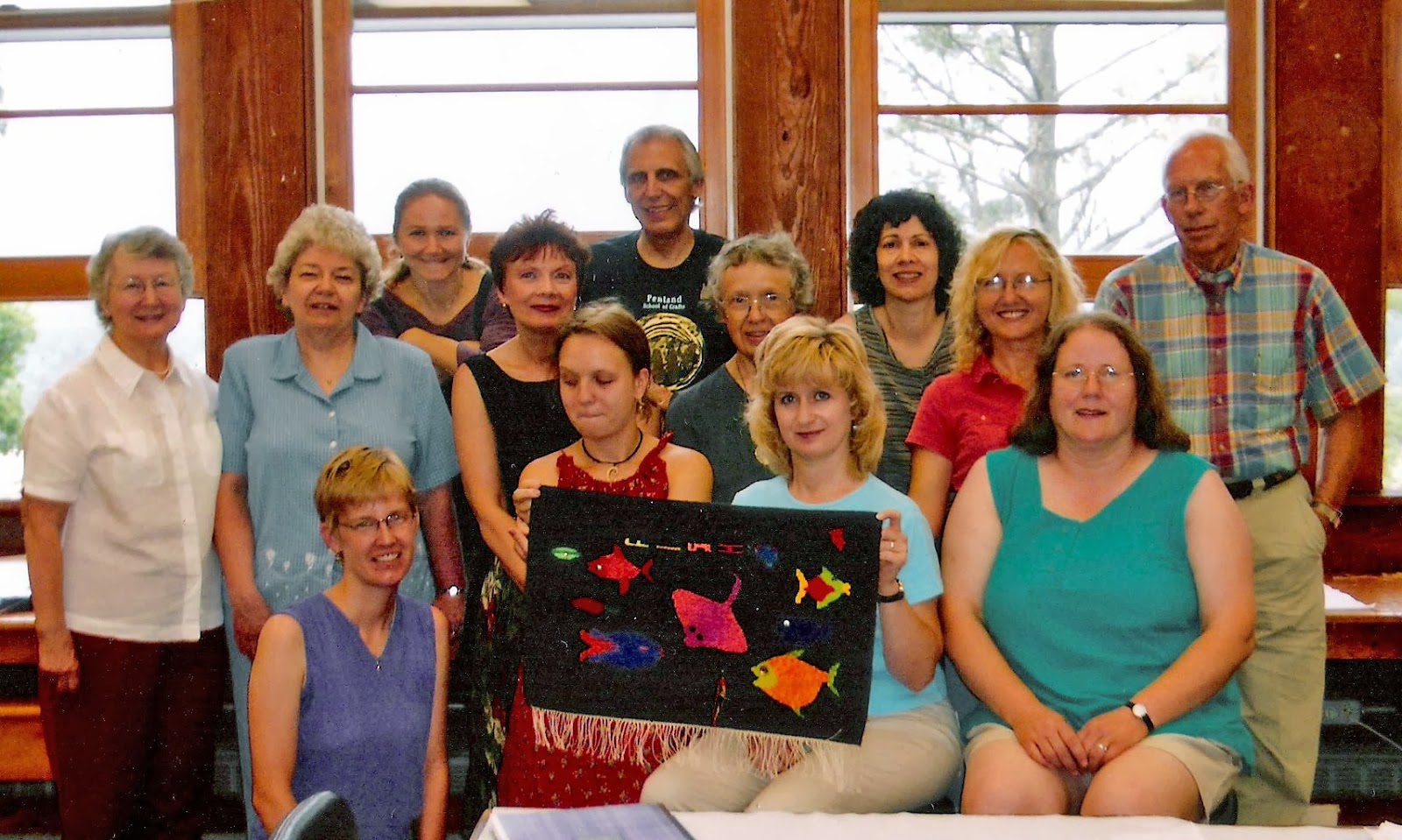 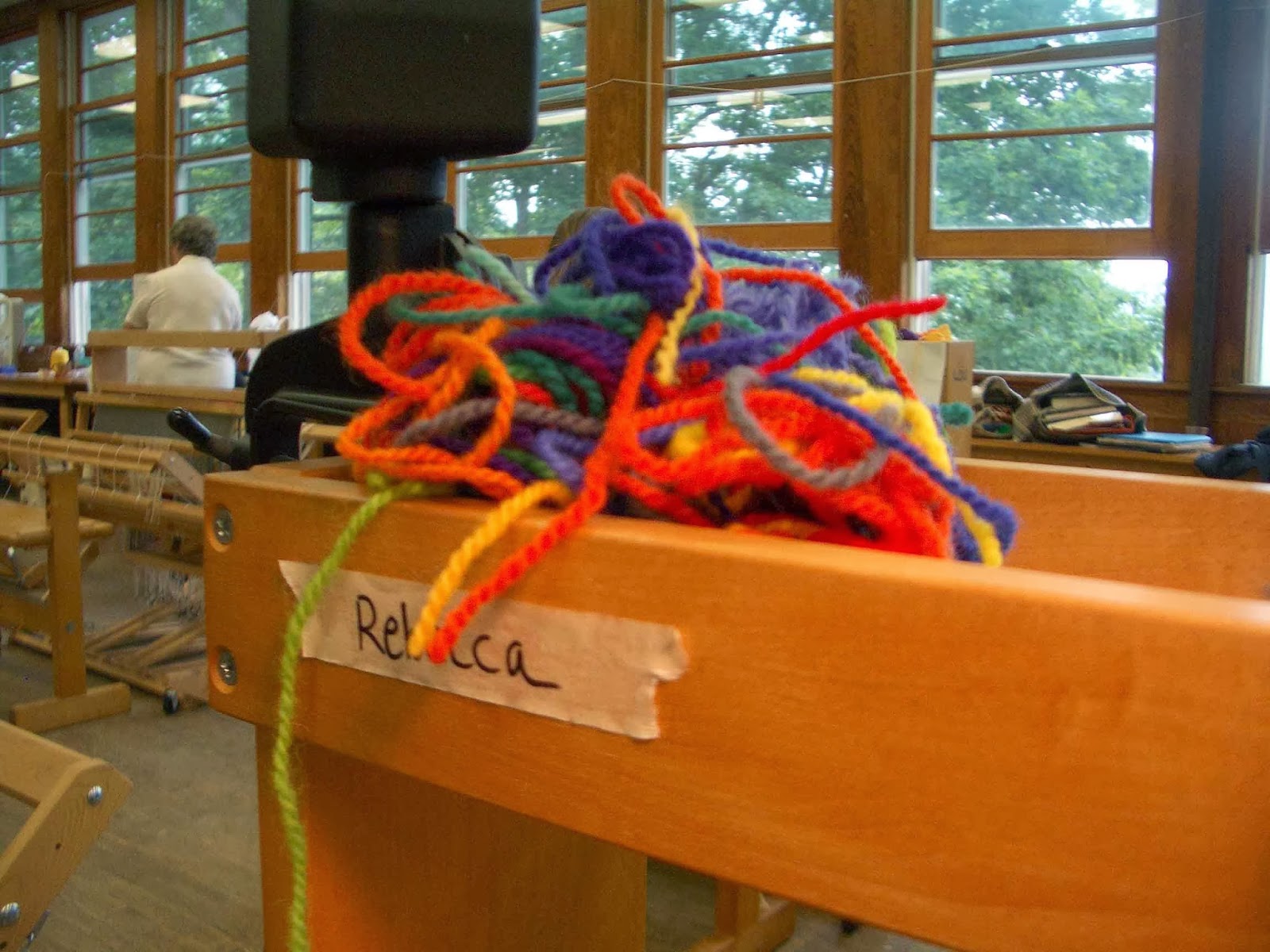 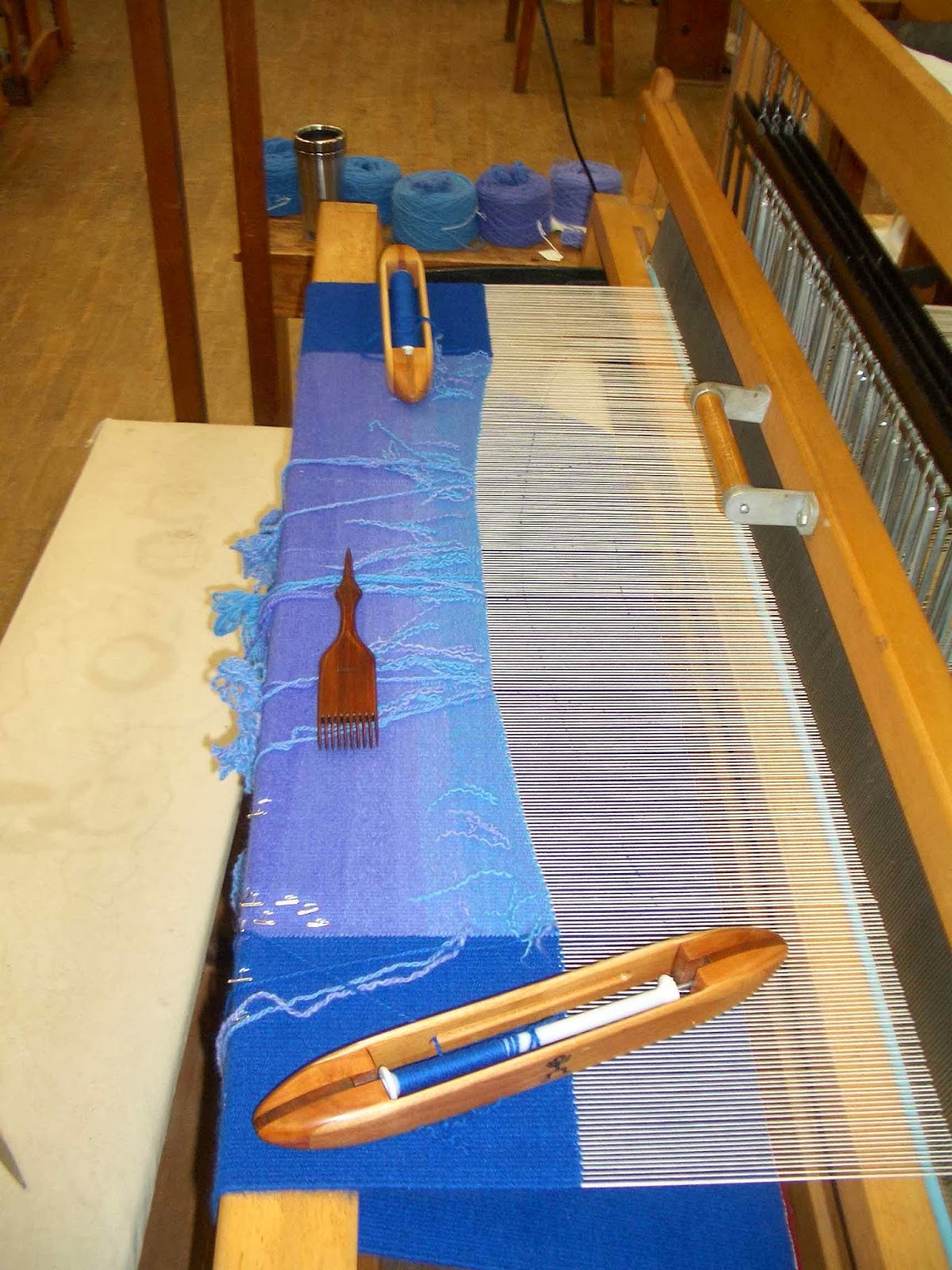 By the way, if you're interested in hearing the lecture I'm giving on Saturday, it is at 9:30 am at Westminster Presbyterian Church on the corner of St. Francis and Manhattan (841 W. Manhattan) in Santa Fe. It is a lecture for the Las Tejedoras Fiber Art Guild but they welcome anyone to their meetings.
Posted by Rebecca Mezoff 2 comments: