Here is a bit of an update about the online classes.

They are going smashingly. The first class has completed Part 1 and they did amazing things. They have now forged ahead into Part 2 and are already having a great time with the new material. These weavers are funny and committed and are working harder than I ever expected. They are keeping me on my toes and I am enjoying every minute of it (well, except for that one moment where my computer memory was completely full of video files and I was unable to keep editing... and the one where it was raining so hard I couldn't hear myself speak... oh, and the painter upstairs kept flushing his toilet just as I was trying to record something profound. Go figure.)

Here is a short video with just a few examples of their work. They are certainly prolific!


Scheduling announcements:
Registration is open for further offerings of this course.

Part 1 starts again June 9 (this one is going to be a great group!).
You can take all three Parts of the class as one course and that offering starts June 23rd.

Please visit my website at www.rebeccamezoff.com/online-learning/ for all the details about these classes and the link to register. 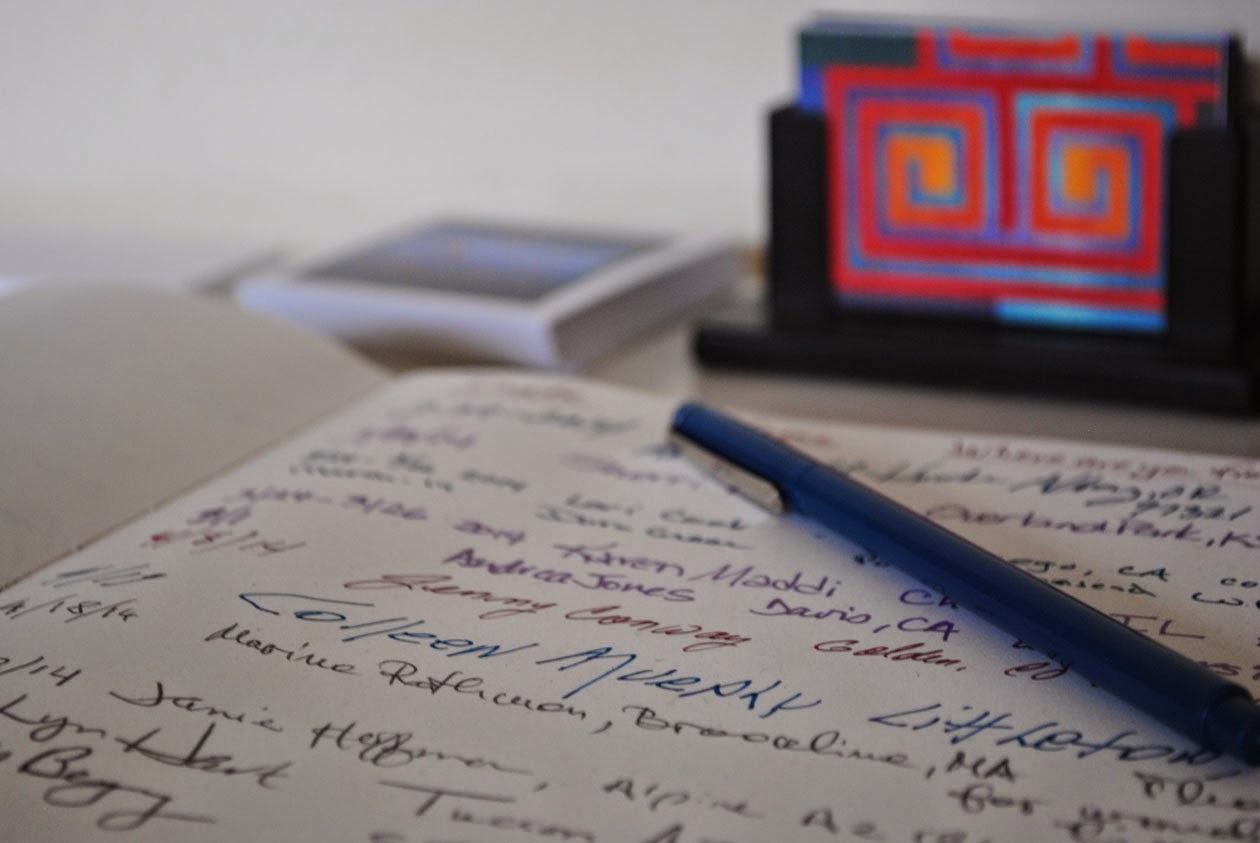 To sign up for my newsletter for future updates on my exhibitions, workshops, and online classes as well as continued information about tapestry in general, click HERE. (Hint: I highly recommend the HTML version of the email. That just means it comes with pictures!)
Posted by Rebecca Mezoff 1 comment:

The Summer issue of Fiber Art Now doesn't come out for a few more weeks, but they offer free peeks at some of the articles in the upcoming issues. My article about American Tapestry Biennial 10 was one of them. You can read and download the article by clicking HERE! 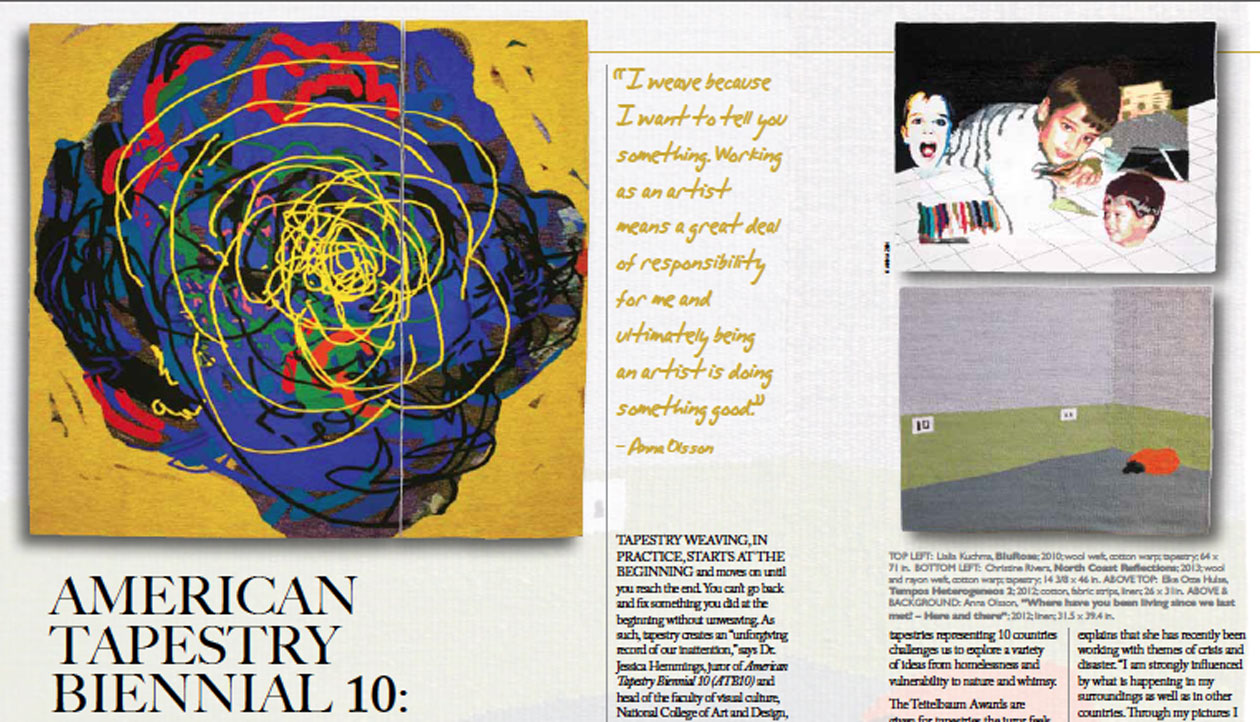 It was great to work with the editorial staff at Fiber Art Now and I recommend a subscription to this great publication. Or at least pick up a copy of the upcoming issue with an article that says:

Synthetic dye class: Learn to make that yarn any color you want it to be!

I’m about 12” into the sampler, spending most of last week reading Rebecca’s handouts, watching and re-watching her videos and asking questions. AND WEAVING! I question what made all of the difference this time around. I truly believe it has to do with having her right there with us “online”. She has been so responsive to questions, her videos are actually fun to watch as she adds her fun personality to the videos which keep me from drifting off and getting bored. The videos are also just the right length - not too long - not too short. She demonstrates precisely the technique being taught. The camera work and close ups are taken professionally making them easy to see and to follow. I actually understand WHY things need to be done for certain techniques. This class now has me thinking and designing in my head, and understanding the path it will take to achieve those designs.             --Dawn MacFall, Macfiberfall studio, Pine River, WI