The American Tapestry Alliance offered a workshop in conjunction with the opening of the Small Tapestry International 2: Passages show at Weaving Southwest.  The workshop was April 3-5 at Weaving Southwest in Taos, New Mexico.
Lisa Trujillo taught a class on Chimayo weaving.  Lisa and her husband Irvin Trujillo own Centinela Traditional Arts in Chimayo, New Mexico. Both are internationally known for their weaving.  Their business employs many local weavers which allows people who wouldn't otherwise be able to sell their weaving to make a living.
There were 6 enthusiastic women from all over the country who came to Taos to relax and learn some traditional weaving from a master weaver.  Lisa proved to be an exceptional teacher and I recommend taking a workshop from her if you are interested in traditional hispanic weaving.  I'm hoping she'll eventually make her beautifully written handout into a technique book.
After a bit of a fight to tie up the big Rio Grande looms (Rachel Brown style Rio Grandes) to two treadles instead of four (they were four harness looms), we were off and running.  The class was full of people who had done a lot of weaving and they quickly picked up the Rio Grande techniques.  Some amazing little weavings were created in just a few days. 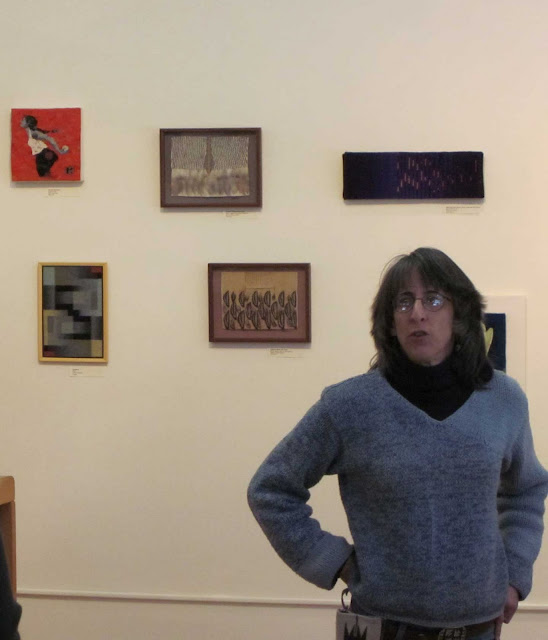 Lisa Trujillo at Weaving Southwest with the Small Tapestry International show behind her. 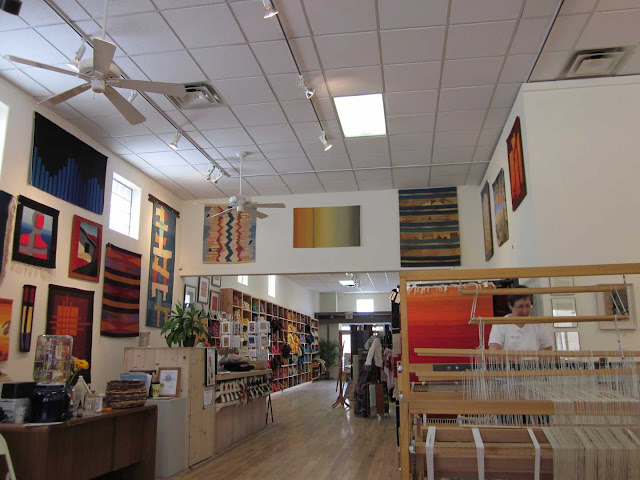 Barbara Richards in front of some great tapestry. 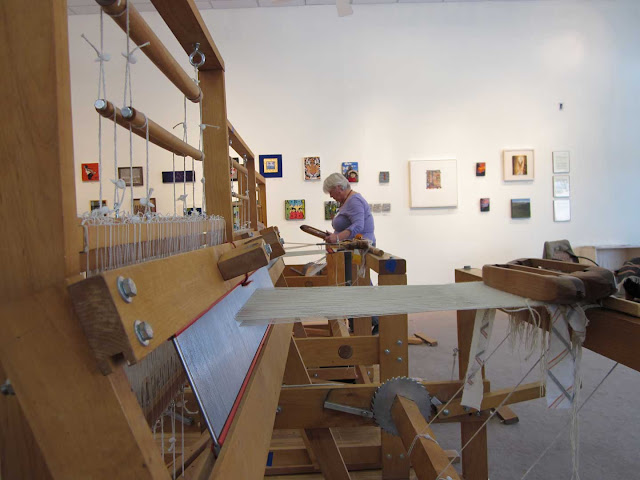 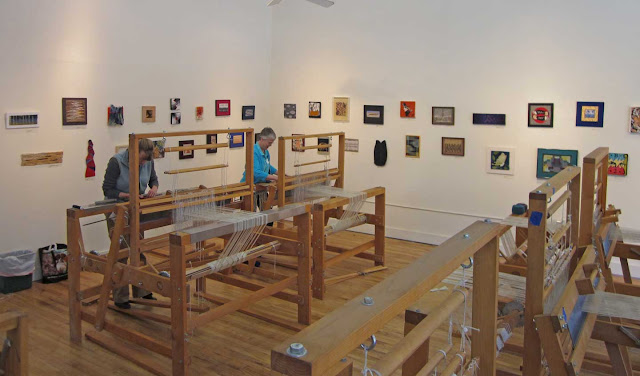 Erika Scott and Terry Olson creating some complicated designs.
We did figure out that the beating of the Rio Grandes was enough vibration to knock all those small format tapestries askew.  I kept fixing them until I realized that they were crooked again immediately.  I'm sure once the looms are gone the tapestries will stay put.
Posted by Rebecca Mezoff