Saturday after spending time at the Taos Wool Festival, I went to see the new film by Andrea Heckman, Woven Stories: Weaving Traditions of Northern New Mexico.  This was the U.S. premier of the movie and was screened at the Taos Center for the Arts.

First I want to admit to the 100+ people in the audience that yes, it was me who shouted out, "Hey! That's my piece!" at the beginning of the movie.  I know that is probably not cool.  But I was excited to see my piece, Emergence II featured twice in the film. (I also admit that the ONE margarita I had had an hour earlier at the Adobe Bar might have influenced the outburst just a tad.)

This film is full of wonderful voices.  Rachel Brown herself makes an appearance.  Her granddaughter and owner of Rachel's contemporary tapestry gallery Weaving Southwest, Teresa Loveless, gives a lot of information about Rachel's contribution to fiber art in northern NM.  Teresa is also featured dyeing yarn for the gallery's yarn store.  There is a Lisa Trujillo Chimayo weaving class filmed in the gallery with some thoughts by Lisa and the participants.  There are stories from Kristina Wilson and many other long-time tapestry and fiber artists in New Mexico including Tierra Wools, Espanola Valley Fiber Arts Center, the Mora mill, some sheep breeders, and a little bit about puebloan weaving at Taos Pueblo.  My first tapestry teacher, Karen Martinez, talks about teaching tapestry at Northern NM College.

Fred Black talks about tapestry being like "frozen music" with its melodies and movement which I thought was a lovely metaphor. 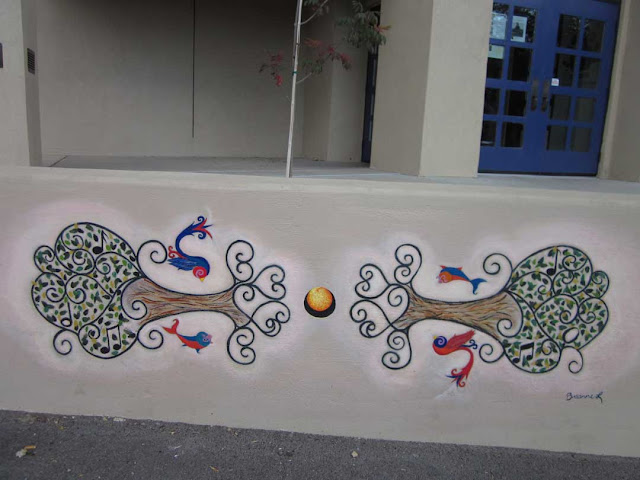 Andrea also has a book called Woven Stories: Andean Textiles and Rituals.  The film can be ordered from www.stonecorralmedia.com.  The direct link to the page with the DVD is HERE.