Rachel Brown died January 31, 2012 in Taos. I think, as Kathy Spoering talked about in her recent blog post, that there is a little bit of Rachel in many of us. I last saw Rachel at her retrospective show at Weaving Southwest in 2009. I remember visiting Weaving Southwest shortly after I learned what contemporary tapestry weaving was probably in the late 90s. I made frequent trips to Taos to visit Rachel's gallery over the years and was introduced to my favorite four tapestry artists, the ones who made me want to work in this medium. There have been many inspirational tapestry weavers in my life since, but the first four were Rachel Brown, James Koehler, Rebecca Bluestone, and Karen Benjamin. The first two are now gone.

Rachel's story is an amazing one and I only know bits and pieces of it. You can read some of it online. And recently I picked up Three Weavers by Joan Potter Loveless again. It is the story of three friends, Joan Loveless, Kristina Wilson, and Rachel Brown who transformed the face of tapestry weaving in northern New Mexico in the last half of the 20th century. The story is a good one and I encourage anyone interested in art in New Mexico or weaving in general to read it.


Rachel's book, The Weaving, Spinning, and Dyeing Book, first published in 1978 is still available today. It is an outstanding reference. 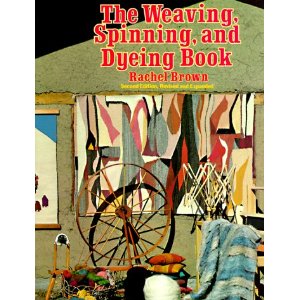 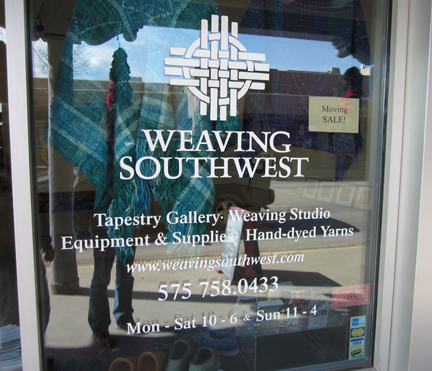 Here are a few links about Rachel and Weaving Southwest:
Weaving Southwest's gallery website: http://www.weavingsouthwest.com/
A story about Teresa Loveless and her grandmother Rachel Brown: http://taos.org/women/profiles-artists?/item/52/Teresa-Loveless-Weaver-Gallery-Owner