The thing about fiber art...

...is that it does something important for the maker.

Now, I am not necessarily saying that the baby blanket featured at the end of this post is art. I knitted it from a pattern and quite frankly, there were some mistakes along the way. But I think back in the first wave of feminism that fiber pursuits were discounted as something demeaning to women and perhaps some of those feminists forgot that the making does something positive for the maker. At any rate, I know that knitting keeps me sane some days in ways that little else besides hiking lots of miles does. Tapestry weaving is my passion, and as such I am emotionally invested in making something that I truly believe is art, and so though the weaving can be relaxing if I get in a rhythm, it still holds some tension for me psychologically.

Knitting has no such hold over me. I really couldn't care less most of the time if I mess it up. A baby hat that is a little lopsided can still keep a kids head warm, though art, I'd say, it definitely is not.

I have thought more about the June Wayne blog post I wrote last and about how June in her essay in the Art Institute of Chicago catalog was trying to say that tapestry was something different than fiber art, and I still wonder about this. IS tapestry something that isn't quite fiber art? I am fascinated by much of the fiber art that is out there. I am interested in seeing current fiber art whether it be the sculptures of Sarah Hewitt or the bead art of Jennifer Schu, or Iviva Olenick's embroidery shown on her blog, Were I so Besotted. (For some reason those were the three I thought of first. I could have named a million others, and I never never exaggerate.) Thoughts on this? Is tapestry different than what we generally label fiber art because it is perhaps better able to portray an image? Does that make it more like painting for example?

I found a new yarn store in Santa Fe that I had never gone to before. This place has been on my radar for a few years as it is for sale and I have wished I could buy it, not to sell yarn but to have as a studio and home. Unfortunately, I don't have an extra two million lying around (it is not far from the plaza and prices in Santa Fe go down depending on how many feet you are from the Palace of the Governors). If anyone wants to be a patron to a great committed tapestry artist and does have a couple extra million to bandy about, please let me know! 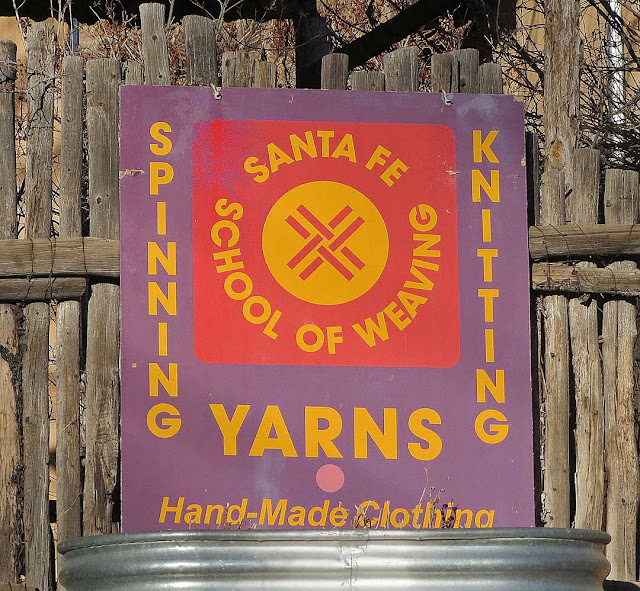 Miriam's Well (Emily thought for years that the place was named for the owner, Miriam Swell... perhaps I don't articulate well) has a great location on Paseo de Peralta, but the entrance is in the back of the building and you have to take a circuitous route through a couple alleys to find it. Never fear, there are signs. 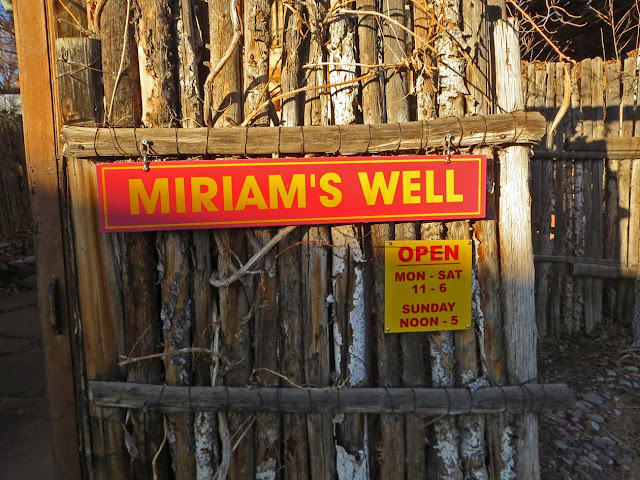 I believe the Santa Fe School of Weaving used to have a lot of looms, but now it is primarily a knitting shop. When she found out I was a tapestry weaver, the delightful owner Miriam Leth-Espensen showed me the beautiful churro from Los Ojos she is carrying now. It is sensational stuff. I have a stash of churro already though and had to leave this bit behind. I was sorely tempted by many beautiful knitting yarns at this place, but my knitting yarn stash is literally busting out of the storage spaces I have been allotted for this kind of thing. I can't cram any more in until I knit some up and get it out of the queue. Miriam learned weaving in Denmark from two Bauhaus teachers and moved to Santa Fe 25 years ago from Vermont. Maybe she'll adopt me and give me the place for my winning smile.

In a stash-emptying move (who am I kidding, there will always be more yarn) one project I finished this week was this Lace Blanket from 60 More Quick Baby Knits. This blanket gave me a run for my money. There were errata and I didn't realize it until I had ripped out the border several times. Even after seeing the errata I had trouble getting it right. Eventually I did what all of us are forced to do from time to time lest we be tempted to rip out the whole thing; I fudged it. And it came out okay. As Emily so pointedly made me realize, it is just going to get covered with baby spit-up anyway, so what does it matter if the corners aren't perfect? Perhaps she has a point. 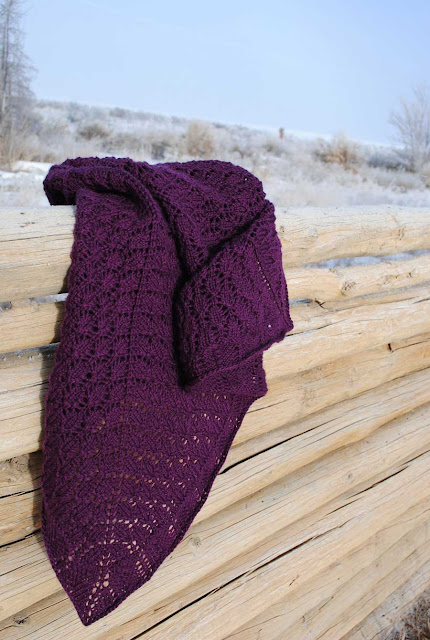 So we can probably agree that following a pattern for a baby blanket from a pattern (and check for the errata before you start a project like this for goodness sake!) is probably not fiber art. But what really is? Or does it really matter that much? Perhaps art can be anything that is engaging and makes us think. Let me get some knitting needles while I ponder that.
Posted by Rebecca Mezoff