James Koehler's death on March 4th, 2011 still seems a little shocking three months later.  His memorial service has happened, his studio has been emptied, and his apprentices are trying to help each other with the questions we would have asked James.  This is what happens when somebody dies.
James' student looms and most of his studio contents have been sold but there are three of his personal looms left which have to be sold.
This loom is a 56 inch (weaving width) Macomber which is selling for $1800 (there is no need for me to tell a bunch of weavers what a great deal that is!).  I believe the bench (which has a slider) is separate.  This loom is in fantastic shape and if I didn't already have a Macomber (and if I had any more space for looms which I don't unless I take to sleeping under them), I would purchase it myself.  It is an 8 harness loom with a double back beam, one of them sectional. 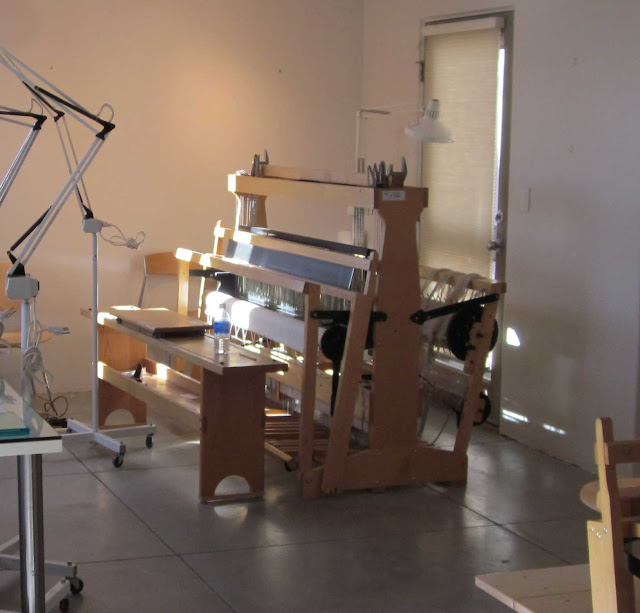 This is a huge Shannock that James acquired recently.  I don't know the weaving width, but it is somewhere between 80 and 100 inches. James was interested in trying vertical weaving again, but had not used it yet when he died.  I don't know a price for this loom, but I suspect it would be negotiable. 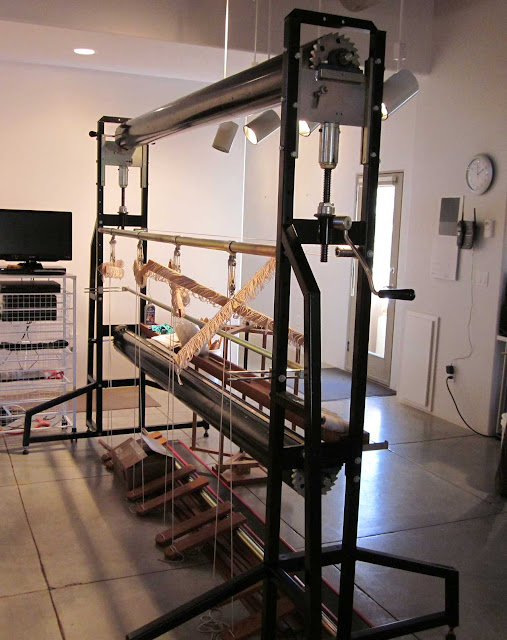 And this loom caused me much angst and indecision.  I very much wanted to purchase this 100 inch (weaving width) Cranbrook, but since it is bigger than my car and my studio is about 180 square feet, eventually I had to decline.  This was James' main loom for many years.  All the tapestries I saw him weaving were on this loom.  It has 6 harnesses though James only has 4 installed.  I believe it comes with several reeds.  There is a long sliding bench which is extra.  It has locking treadles and James wove at it standing up (notice it is up on 2 by 6's). It is in beautiful shape and has the added bonus of being used by a master weaver for at least 20 years. I don't know the final price for this loom, but trust me, it is criminally low.  This particular loom is no longer made (and hasn't been for decades). 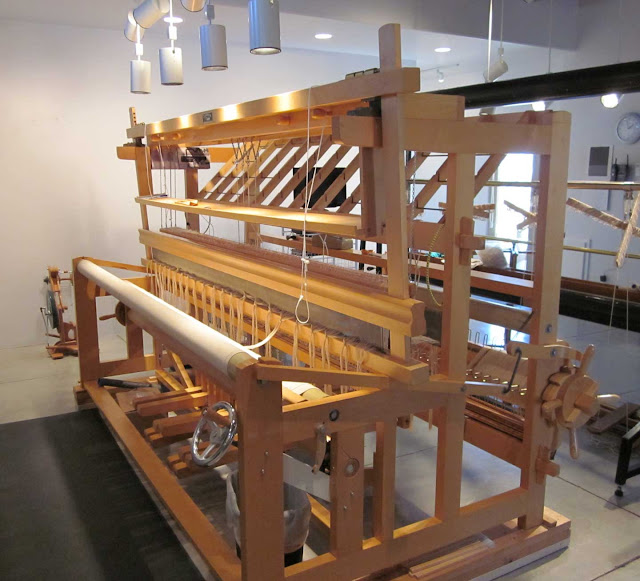 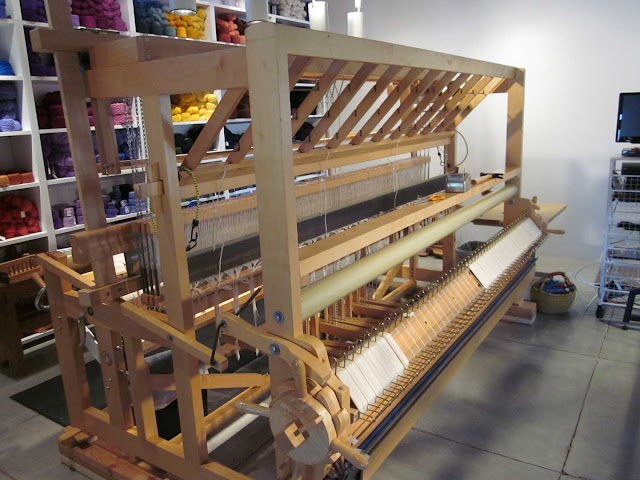 If you are seriously interested in purchasing one of these looms (or there is also some of his hand-dyed yarn left), you can contact me at the comments section of this blog or through my website.
I am hoping that someone who loves weaving and will appreciate the master who wove on these looms will purchase one of them and continue to love them for many years to come. And if you buy the Cranbrook, can I come and visit it? (kidding, I'm just kidding on that last bit-- mostly anyway)
Posted by Rebecca Mezoff