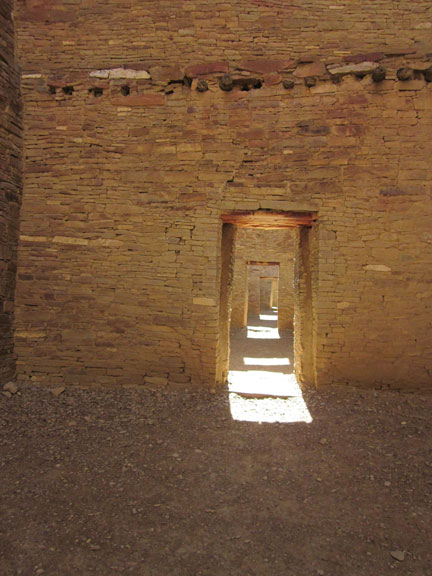 I found out James Koehler died not many hours after he passed.  I was on my way to Chaco Canyon March 4th, 2011 with Emily and some good friends and I got a phone message somewhere between Regina and Cuba.
Chaco Canyon is a place of stillness.  It has a long history which is much debated--and is one of those places I like to go to because there aren't any answers to why it exists or what really happened there during its centuries of occupation.
Chaco is a place that can push you.  Camping the first weekend in March was cold and the wind and blowing sand can needle you incessantly.  There is little shelter out on the desert and you are forced to take what comes at you when walking out on the mesas.  But I find that the discomfort that first appears at Chaco quickly disappears as I am forced to let go of noise and electronics and remember to look at the vastness of the sky and appreciate the brightness of the stars.
The great houses and kivas are a marvel and a mystery.  I love to trace the patterns of the rock walls with my eyes.  It is a place of repetition.  It feels old and unchanging, but even when it was being built it changed all the time.  We like to think of the Anasazi as a particular group of people in one time and place, but they were much like us—building and changing and creating and destroying their society all the time.


Chaco is a place to go when questioning.  It was a good place to be when I found out my tapestry teacher had died... a good place to wonder what that meant for me personally and in a more general sense. 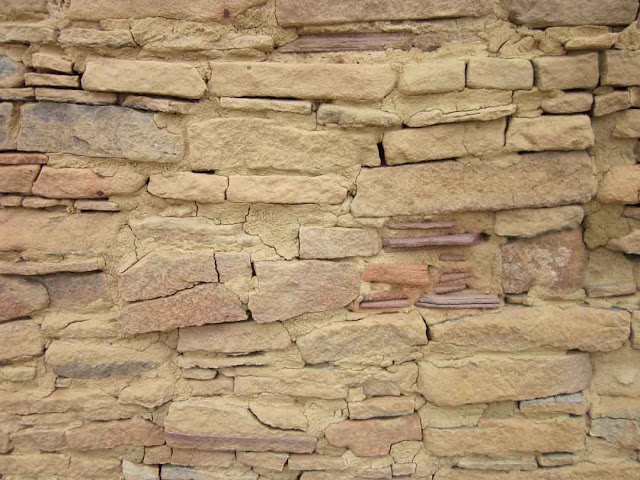 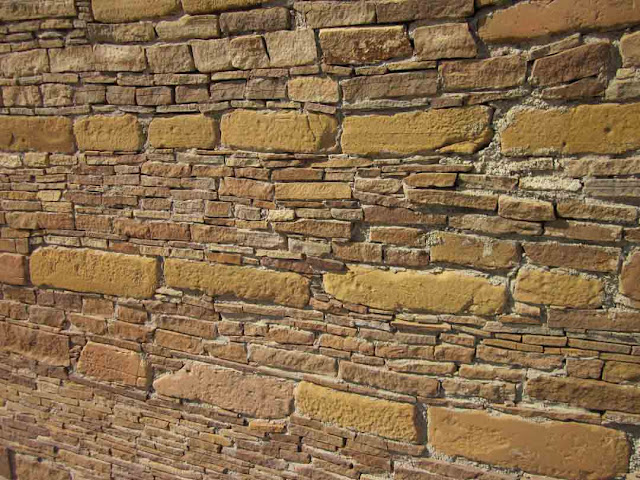 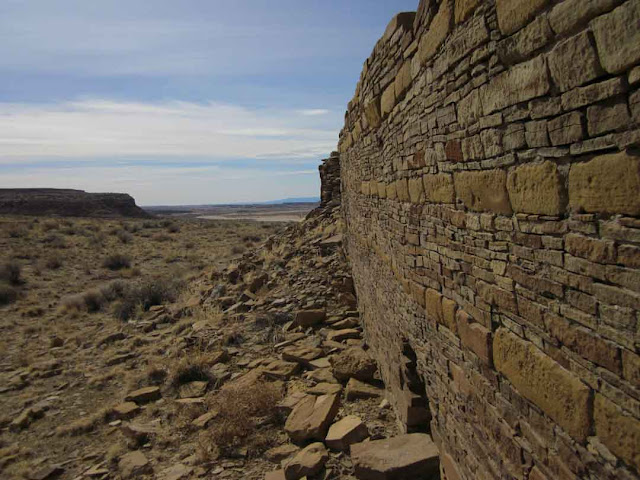 Chaco is about doors and passageways and empty questions.  It is also about sand and sky and stars.  It pushes my boundaries and I will return.