Cochineal: there is bug blood in your cherry coke! 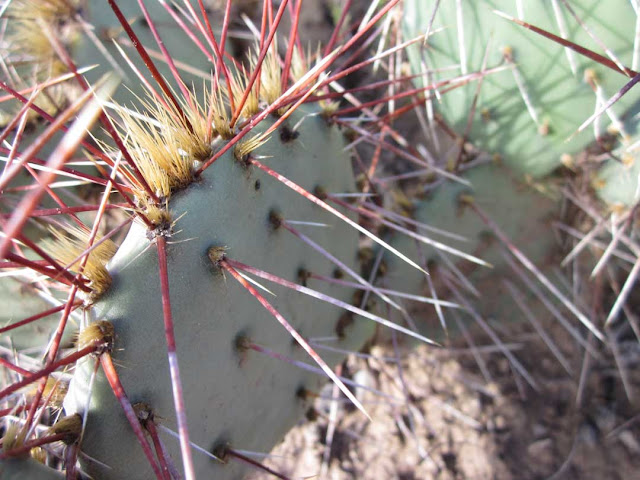 My landlady wrote a book (Life on the Rocks by Katherine Wells) which mentions cochineal on the mesa and I remembered a couple years ago seeing some white fuzz on some prickly pear cactus a mile or so from the house.  This morning in the rain I went back to check, and sure enough, it was cochineal! 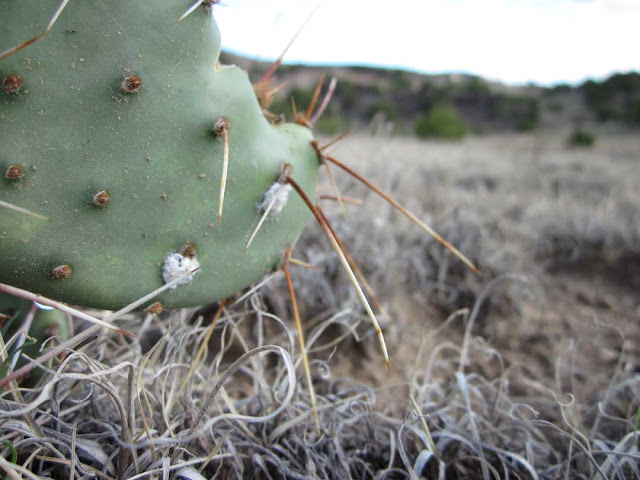 After some online research and a return to the Colorways Summer 2011 online magazine (there are some fascinating photos in the article in this emag of the bugs on the cactus: "Sell me your gold, silver, cochineal..." by Linda Ligon) I learned a few more things about cochineal: 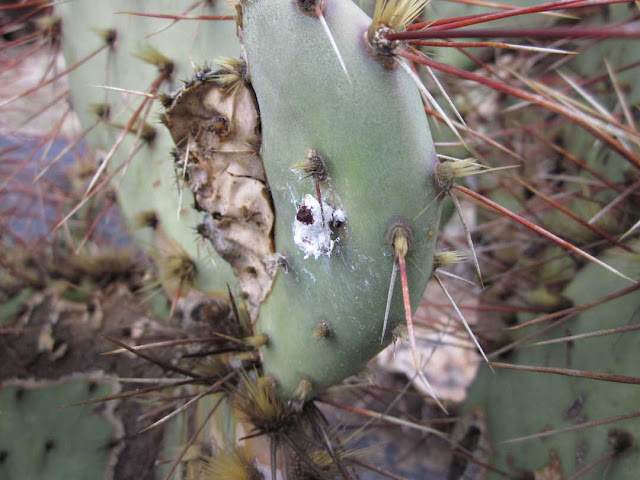 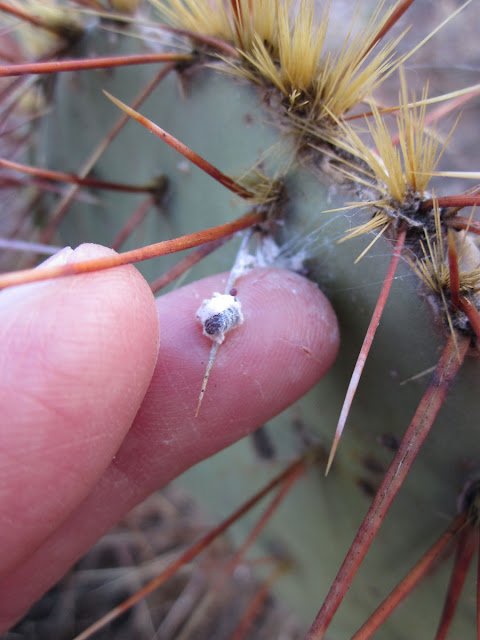 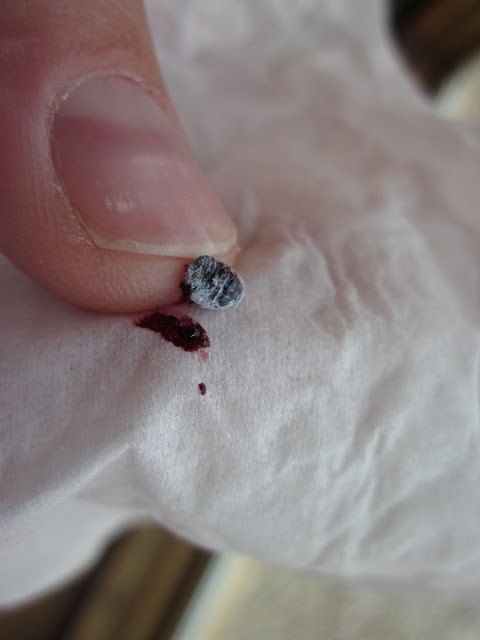 "Spanish Red, I noted in my diary that night, is usually born between the fog and the frost in places where land is cheap and the prickly pear, on which it is a parasite, grows in abundance on the desert sands. It is a holy blight, a noble rot where the treasure is rubies rather than the gold of dessert wine. It is a deep, intensely colored organic red, but it will never be used for Buddhist robes because there is too much death in it. In the twenty-first century women around the world coat their lips with insect blood, we apparently dab our cheeks with it, and in the United States it is one of few permitted red constituents of eye shadow. 'And finally,' I wrote with a happy frisson, 'Cherry Coke is full of it; it is color additive E120.'" [Finlay, V. (2002). Color: A natural history of the palette. New York: Random House. p 137-8.]
Weave well friends! (and when you dye with cochineal, remember all the little bug souls) 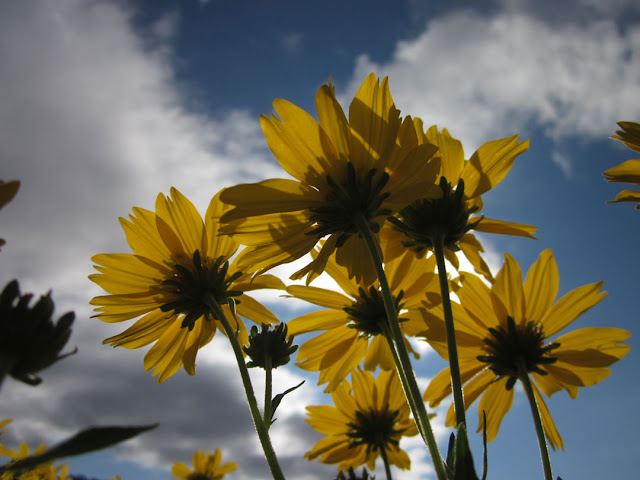