I am in a bit of flux.
A state of flux (which reminds me of Back to the Future I'm afraid... which tells you about when I was a teenager) which is unlikely to resolve soon. So for the present moment and until at least January, I am living in Cortez, Colorado. We were hoping for Durango, but it turns out Cortez is okay. It is surrounded by mountains (Sleeping Ute, Mesa Verde, La Platas) and isn't all that different from the small NM towns I'm used to--except there seems to be a lot more white folks here... that kind of throws me off a little some days. I'm working here as a traveling occupational therapist (which just means that the job is temporary and someone else finds me housing).

So my studio has to be a little bit more portable. This is my Macomber workshop loom which found a place in my car (and many things had to be rejected so the looms could fit in--my car is small! But who needs extra shoes anyway?). This loom, or so she says, was my grandmother's first loom. She is a little creaky now and I'm not at all pleased with the lack of very tight tension (okay, it is pretty darn good for a little folding loom, but it isn't the Harrisville!) and the tiny beater, but overall she weaves a straight fell and creates a nice tapestry cloth. What can you expect from a loom that is at least 50 years old? In fact, Grandma insists that this was Mrs. Macomber's own loom which she sold my grandmother upon request.  I never quite bought that story, but have no way to verify it, so perhaps Grandma is correct. My grandmother gave it to me years ago with 4 harnesses in the 8 harness castle.  The last time I worked as a traveling OT (2003-4), I added 4 more harnesses to it, so now it has 8. I just called up the Macombers (they don't have a website, don't even look), gave them the serial number of the loom conveniently etched on a metal plate attached to the loom, and they undoubtedly sifted through some dust-covered index card records, found the needed parts (which they still make--can you believe it?) and shipped me off 4 more harnesses and the necessary treadles. Amazing.  What will happen when those guys bite it? Macomber lovers everywhere will cry long and hard, that's what. 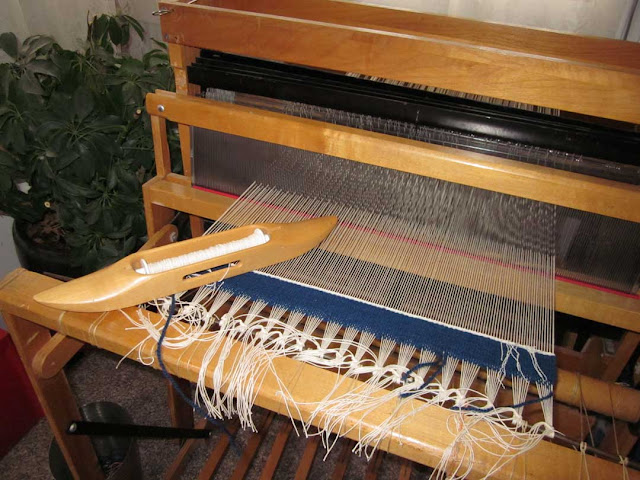 Nothing can replace my Harrisville rug loom.  But for now I am weaving on the little looms.  I've just put the warp on the Macomber for a commission in the Emergence series, and my trusty Mirrix is waiting in the wings in case I get desperate for something somewhat less wonky. Cassy was trying to help me warp, but I ended up with a big threading error, so perhaps she wasn't as helpful as she could have been... you know, if she had gone out for pizza for us instead or something. 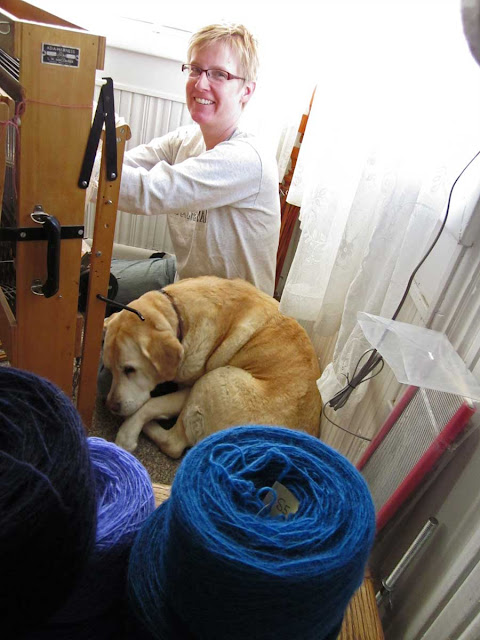 Drawing the cartoon on mylar for the next piece on the coffee table in the little rental house. Turns out coffee tables of this shape are great for a 16 X 48 inch piece. 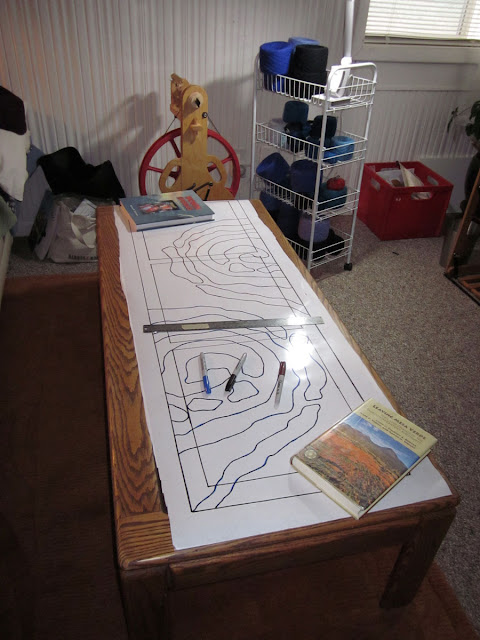 That is the whole studio at the moment... guess I'm lucky to have some smaller looms to cart around... and a job too. 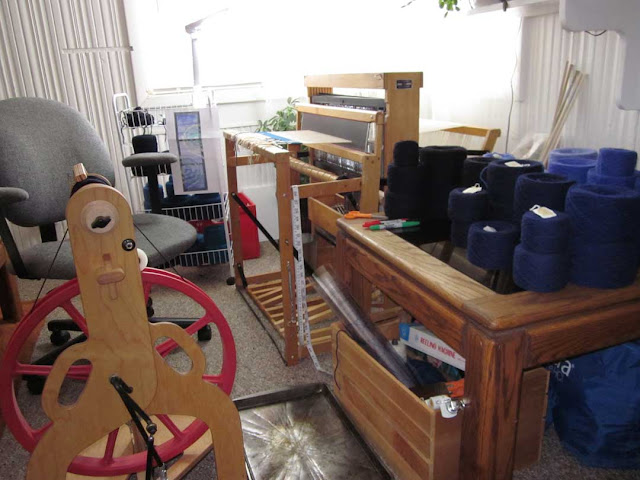 And here is the studio I left behind, empty (well, except for the yellow lab--but I didn't leave her there). 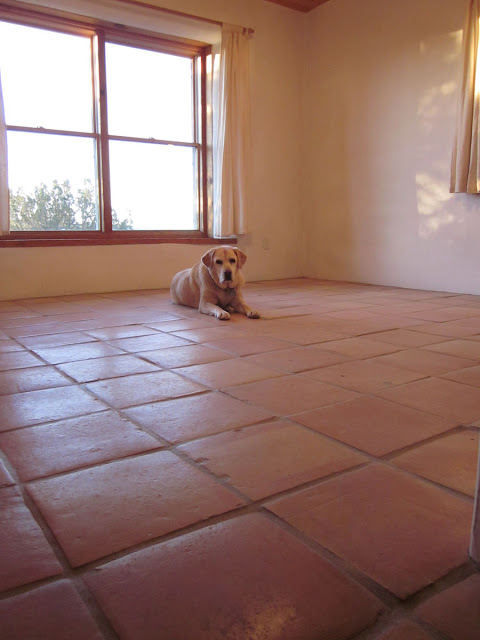 Being a traveling weaver isn't all bad... Being in the heart of historical, ancestral puebloan country, a few days while the weather is nice here and there isn't something I can complain about!  This is Hovenweep National Monument. 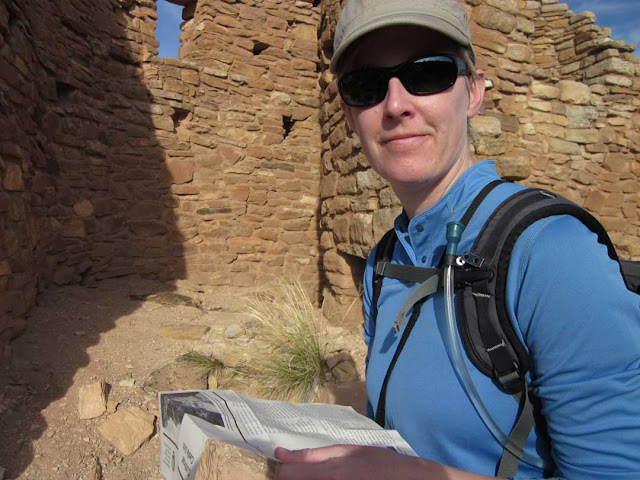 And just because I mentioned it earlier, this is the Cortez cow. 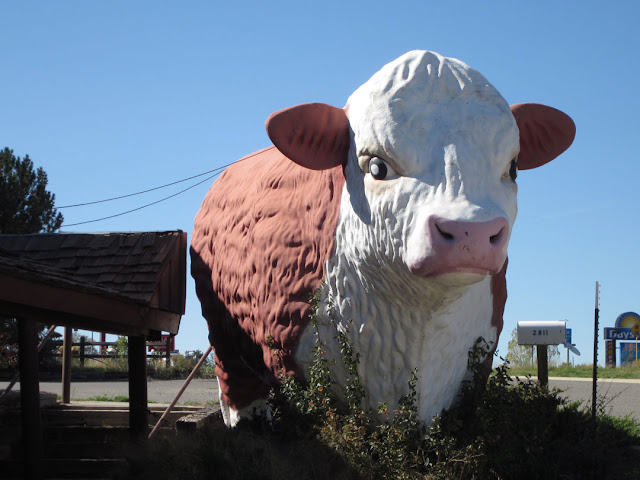 (I'm hoping for some better sights than the cow this weekend.)
Posted by Rebecca Mezoff