This is the fifth piece in my Emergence series.
Here are links to the others (or you could just look at my website HERE to see them all):

Emergence I --the first of the series, helped along by some good solid design advice from James Koehler and woven while apprenticing with him in 2008-2009. It was in American Tapestry Biennial 8 as well as the Bauhaus show in Albuquerque in 2010. This tapestry is now at Weaving Southwest in Taos, NM

Emergence II --This piece was in the Bauhaus project (Interwoven Traditions: New Mexico and Bauhaus) show at Michaeliskirche in Erfurt, Germany. From there it went to Weaving Southwest in Taos where it was bought by a college in Colorado for their permanent collection.

Emergence III --This piece was in Fiber Celebrated 2011 at the Intermountain Weaver's Conference in Durango, CO in July 2011 and is now hanging at Weaving Southwest in Taos waiting for someone to take it home.

Emergence IV --This piece is at Weaving Southwest also.


This piece started coalescing in my mind when I was at Chaco Canyon the day James Koehler died. You can see what I wrote about that time HERE. 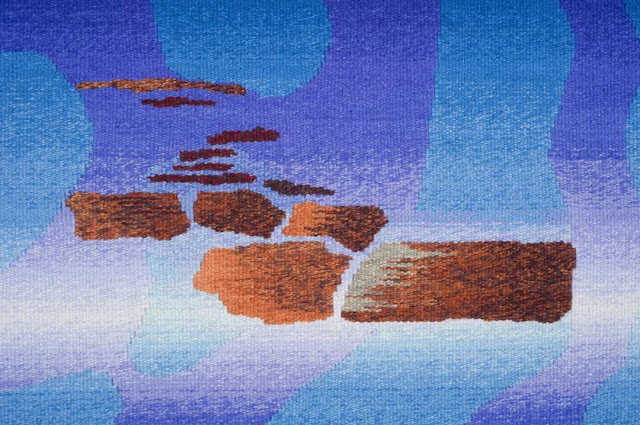 The feeling of expanding horizon in the desert southwest is important to me. Chaco Canyon is a place where the sky is huge and I am but a small observer of the shifting universe. 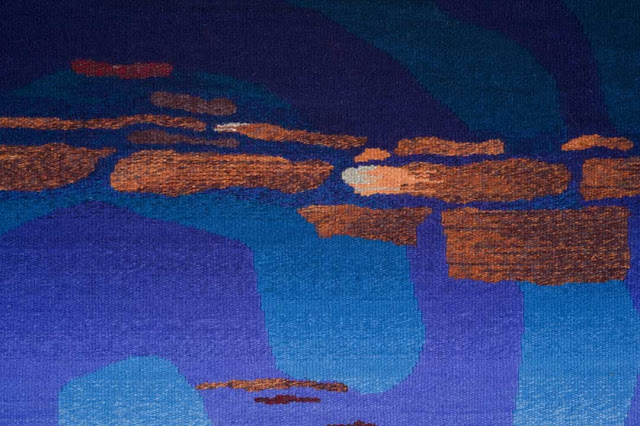 The questions about ancient people and the artifacts and unanswered stories they left behind are also endlessly intriguing to me. This piece is full of questions. 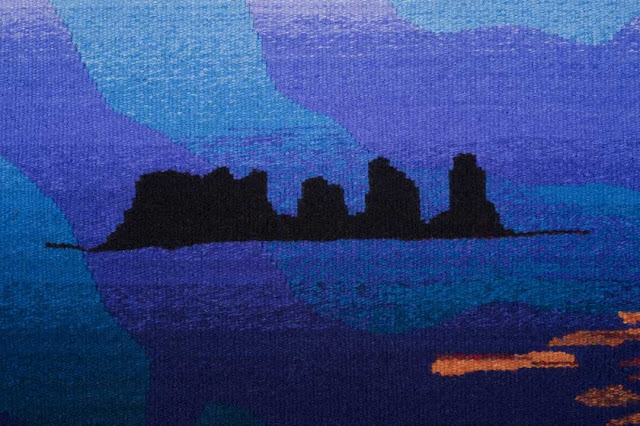