I wanted to weave a tapestry for our wedding. I wasn't able to focus on this project until March. The wedding was scheduled for July 14th (and we just couldn't push it off for the sake of art). It became apparent after a few weeks of hard work on design and color choice that I couldn't possibly realize the large project I had envisioned before the end of June.

So this was what I made instead.  I still like to call it the wedding tapestry, but it is clearly not tapestry at all. The origami forms are cranes. Watching the sandhill cranes in various parts of the west has been a favorite activity of mine ever since I ran across a pair accidentally on a wildlife refuge in eastern Oregon in 2003 (no, I wasn't supposed to be walking there during nesting season, but honestly it was a mistake. The fish and wildlife guy who drove in to tell me to get off the refuge until nesting season was over couldn't get out his spiel before I was interrupting him--yeah, I'm sorry, I know I'm not supposed to be here, but what are those big birds with the crazy call!?). I folded cranes for my mother when she had cancer and for myself when I was going through a rough patch. It was such a rough patch actually that I folded 1000 and made a large mobile out of them which hung in my house for a long time... only recently retired as I didn't need it any more. Cranes are healing and peaceful and fascinating. So for our wedding, I folded cranes. Quite a lot of them as it turns out. 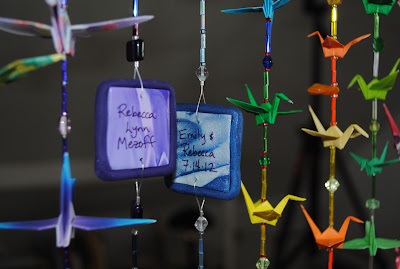 The idea was to create a sort of art installation that was comprised of pieces that could be sent home with our guests. They were asked to hang the crane strings in their homes as a way of supporting us for the first year of our marriage. 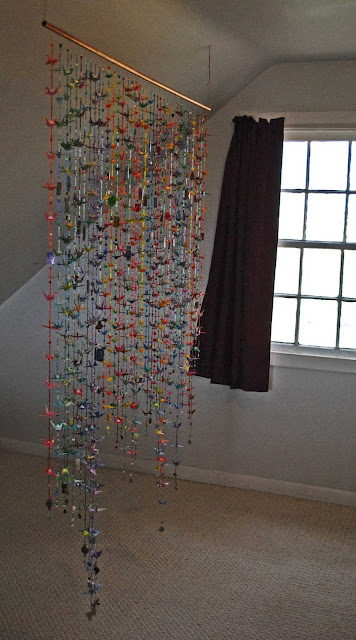 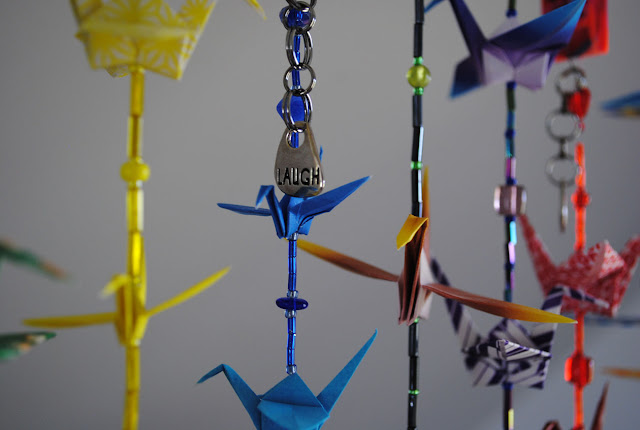 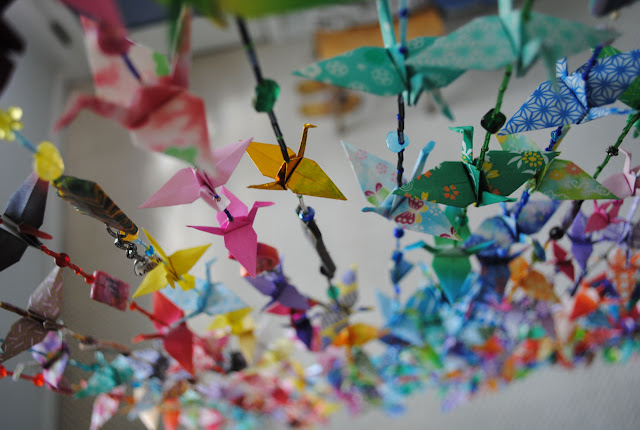 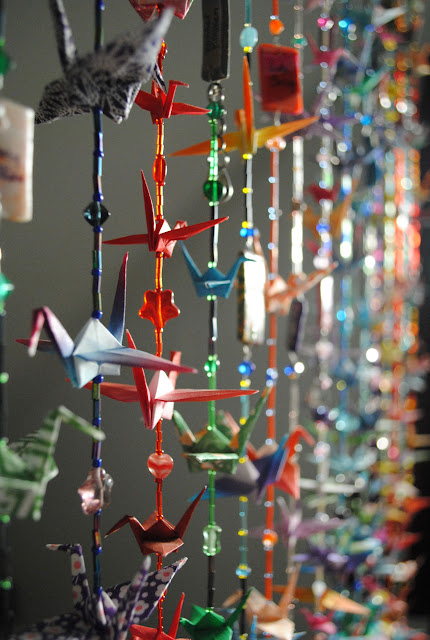 Each of the crane strings had a marker with our names and the wedding date on it as well as a charm at the end which was chosen specifically for each person. 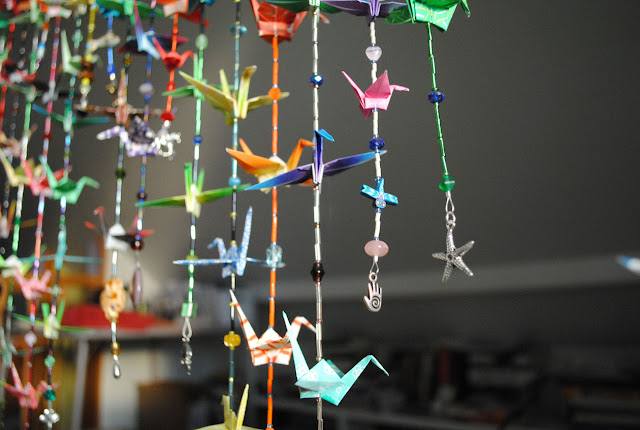 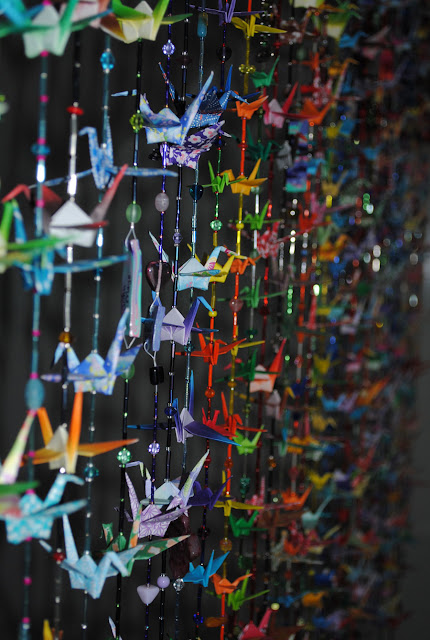 At the end of the weekend, each crane strand was taken off the copper display rod, packed in a round box, and sent home with our family and friends. 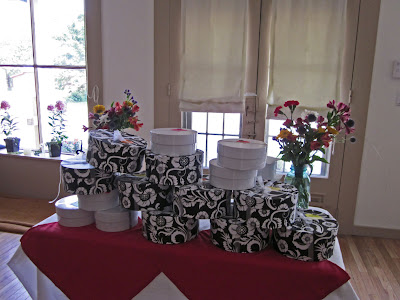 The whole project was rewarding and I realized how powerful adding a lot of similar pieces together can be in a work of art. It was kind of mesmerizing as I was close to finishing it. A curtain of cranes. 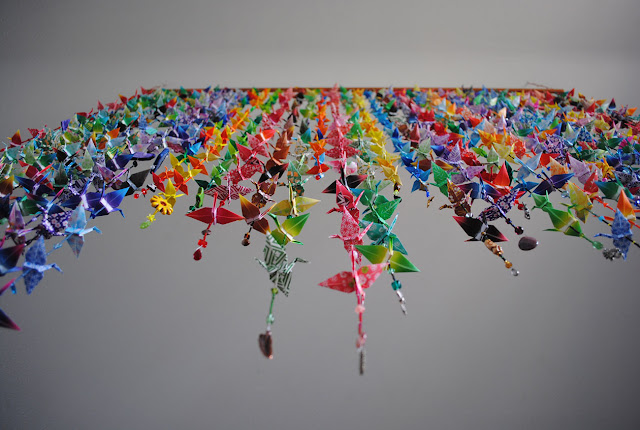