In the few extra hours I had in Detroit last weekend after the ATB9 opening, I had the pleasure of hanging out with my cousin and her family. The brilliant and precocious Ella had the privilege of choosing our activity for the afternoon. She said she wanted to take me to the Detroit Institute of Arts Museum (DIA #1) to show me the Diego Rivera mural. Ella is 9 years old. Perhaps the fact that her mother is an artist and an educator explains why she wanted to go to the DIA and not, say, Chuck E. Cheese's. Perhaps Ella is just really good at picking things that I would love to do.

Here she is showing off a huge Alexander Calder outside of the museum. 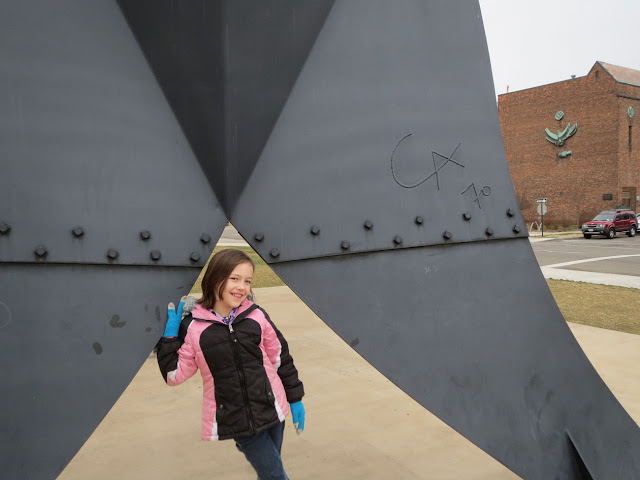 The Diego Rivera murals were astounding. I could have spent all day sitting there looking at them. The Detroit Industry fresco cycle was painted by Rivera in 1932-33. I highly recommend a visit to see the frescoes which fill a huge indoor courtyard in the museum.


In the Denver International Airport on my way to Detroit, I picked up a copy of Van Gogh: The Life by Steven Naifeh and Gregory White Smith. I have been eyeing this book for awhile and of course had to buy the 900+ page, 2 pound tome when I was traveling light. I was forced to carry it for the rest of the trip as it wouldn't fit in my tiny carry-on bag. The book is fantastic and I haven't regretted the extra muscles I built carrying it.

Here is a photo of the cover. 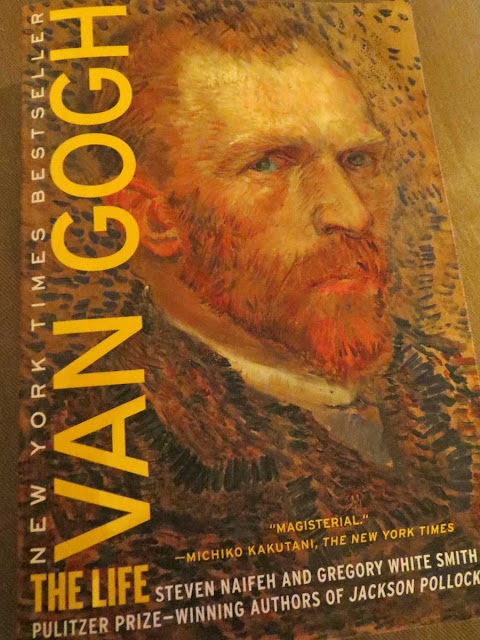 While I was in the Detroit Institute of Arts Museum, I wanted to see some Van Goghs. Imagine my surprise when I walked around the corner and saw a Van Gogh which I thought was the one on the cover. You'd think after carrying around that pile of paper for 4 days I would know which Vincent self-portrait was on the book, but upon review of the photos, they are clearly two different portraits. Nevertheless, it was thrilling to be able to see some actual Van Goghs. I have spent much of my life in rural areas that, I realize now, have had a serious lack of modern art museums. It may be time to start on that bucket list of art museums.

Ella agreed to model in front of the self-portrait though she gave her mother and I a collective heart attack by coming a bit too close to the paintings. Somehow "that painting is completely indescribably expensive" doesn't really mean anything when you're 9. Fortunately.
The next day I flew from Detroit to Denver International Airport (DIA #2). While DIA #2 doesn't hold a candle to DIA #1 as an art venue, it is a beautiful airport. And I was greeted by a much-loved name quoted on marble as I headed for the shuttle lane. There is more information about this art installation which is up until August 2013 here: http://www.thosewhogo.net/ 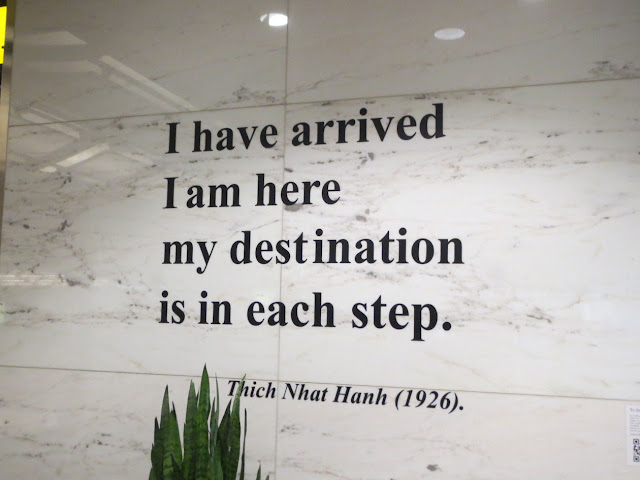