A little trip to the Pacific Northwest... Small Tapestry International 3: Outside the Line

I really do like Seattle a lot. The jury is still out on Tacoma. I flew to Seattle on Friday and was scooped up in the pick-up lane at SeaTac by an old friend of mine. I was able to spend a day with her and her amazing children.
Gelato. Monopoly. 7 month old labrador puppy. House on Lake Washington. Cafe Juanita. It was great.
This is Zeus. He is 7 months old and only does this after he gets a couple hours of swimming and ball-chasing. He may be getting a Jesus complex because when called, often it comes out, "Hey Zeus!" 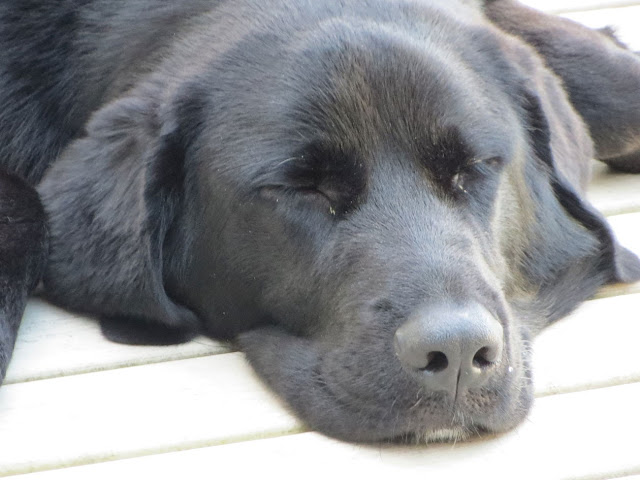 I am pretty sure this little guy has fiber artist potential. He sewed this lion when he was 5. He had some help for the quilting, but the hand stitching was all him. 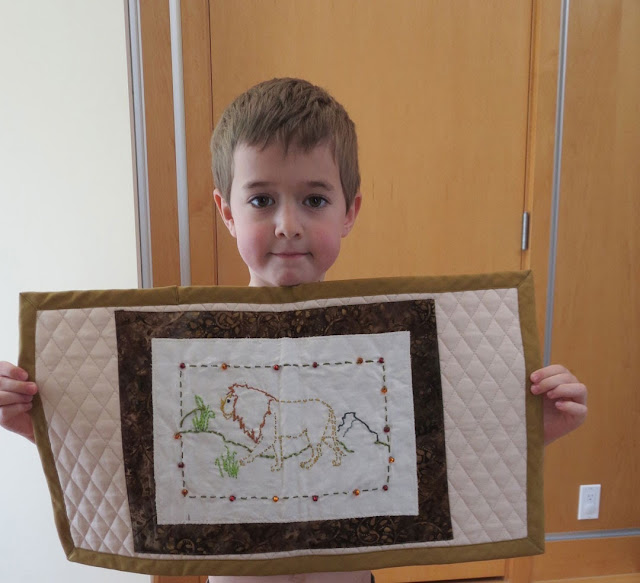 I was able to go to the Small Tapestry International 3: Outside the Line opening on Saturday afternoon including a talk by Shelley Socolofsky. Shelley is a fascinating speaker. Her talk was titled Reformatting Identity: Shape shifting and tapestry in the 21st century... which had all kinds of potential. Shelley did not disappointment me and I walked away with a head full of things to think about including what the language of tapestry really is considering the history of the medium.

Here are some overview shots of the show. I highly recommend buying a catalog of this one to study the pieces. The catalog is beautiful. It was put together by Sandy Kennard and is well worth purchasing. The photos are large (sometimes the same size as the actual piece) and clear. 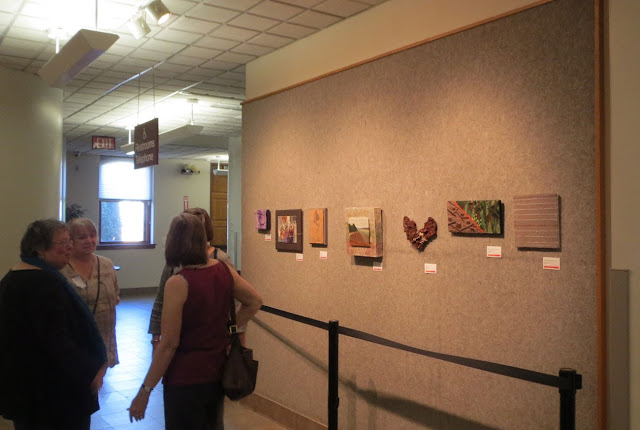 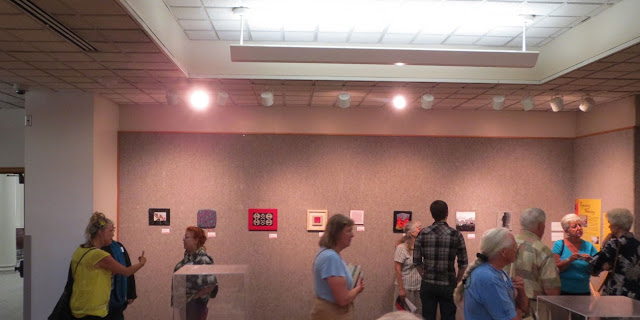 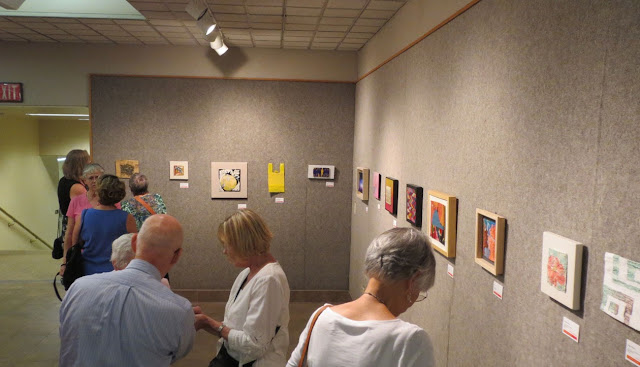 A few of the pieces were especially surprising to me. The pieces that were very small were actually reproduced larger than life and it was difficult to reconcile them in my brain when I first saw them. There was some gorgeous work. Buy the catalog or visit the show in Tacoma or Ohio.

Stay tuned for more about the TAPS show and a special studio visit... as well as a bit about the class I am currently taking from Shelley Socolofsky. 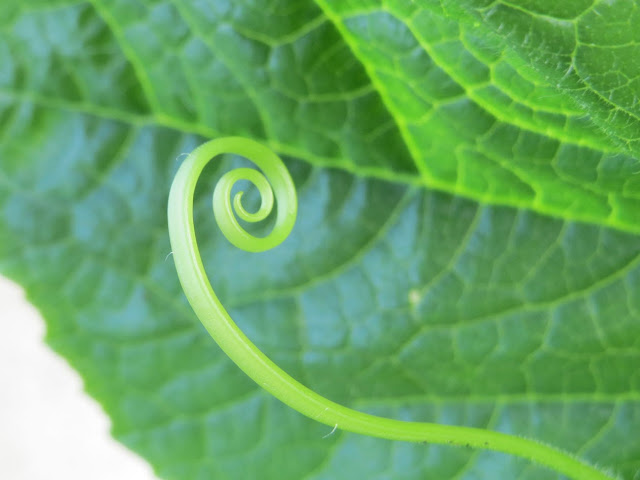