I have to constantly resist new looms. People write me all the time asking if I know anyone who wants to buy their looms. I have to swallow the "Oh, I could use that one! What a good deal!" reflex undoubtedly installed by my Dutch ancestors and reply, "I don't sell looms, but perhaps you could list it here..." It is hard to turn down a good deal, but the fact that I'm tripping over piles of projects in my studio right now means there isn't room for another loom.

But I did buy this one recently. Actually, I bought it while I was still doing pediatrics at the hospital which, unbelievably, was only a few months ago. I have had some collaborators in this particular loom project. They are all a fraction of my age and all much more talented at this than I... I aspire to Bill's proficiency especially. 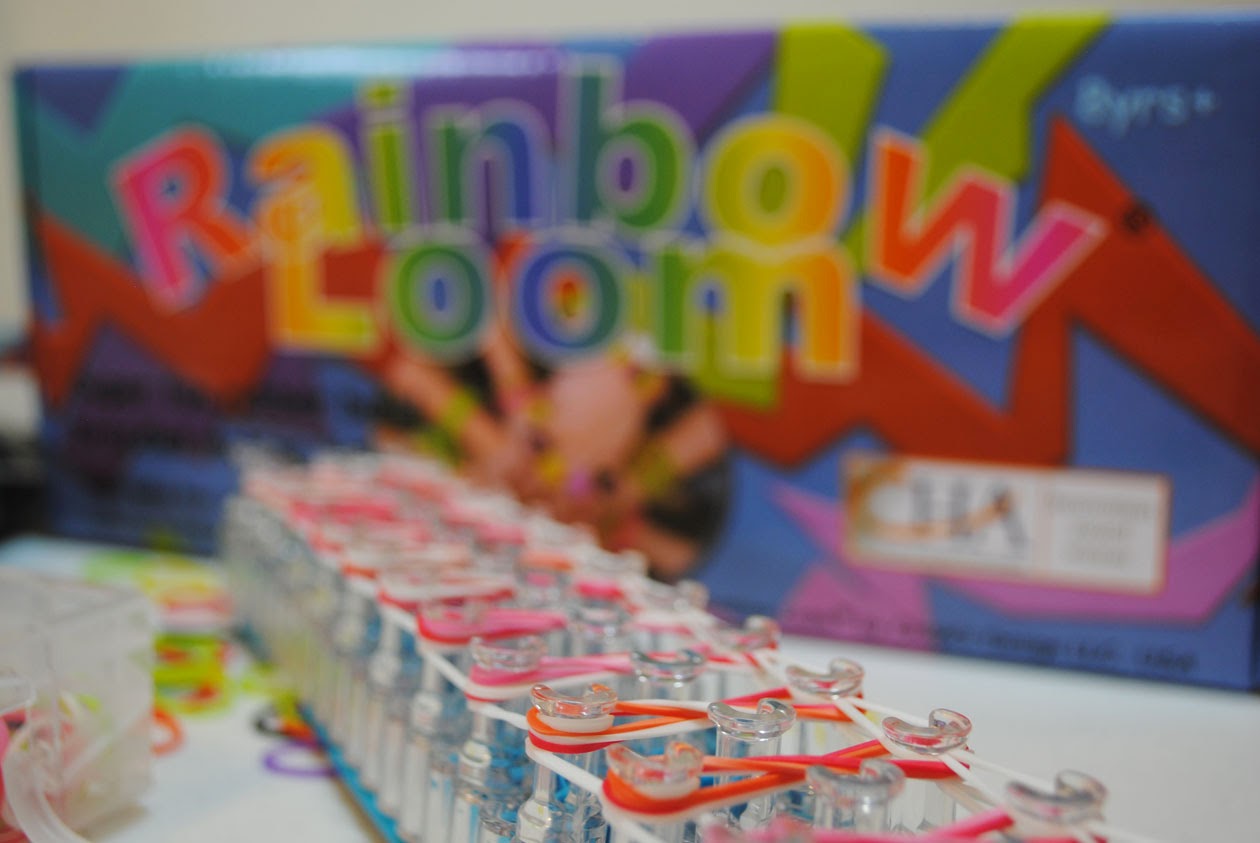 I knew a second grader who loved this loom. He wouldn't do anything else for weeks and weeks except make bracelets on this thing. I ran out of black then I ran out of yellow. You can see here he was eventually reduced to pink and he STILL wanted to make them. (He could also draw an amazing dragon--that kid needs a lot of art mentoring and room to fly.) 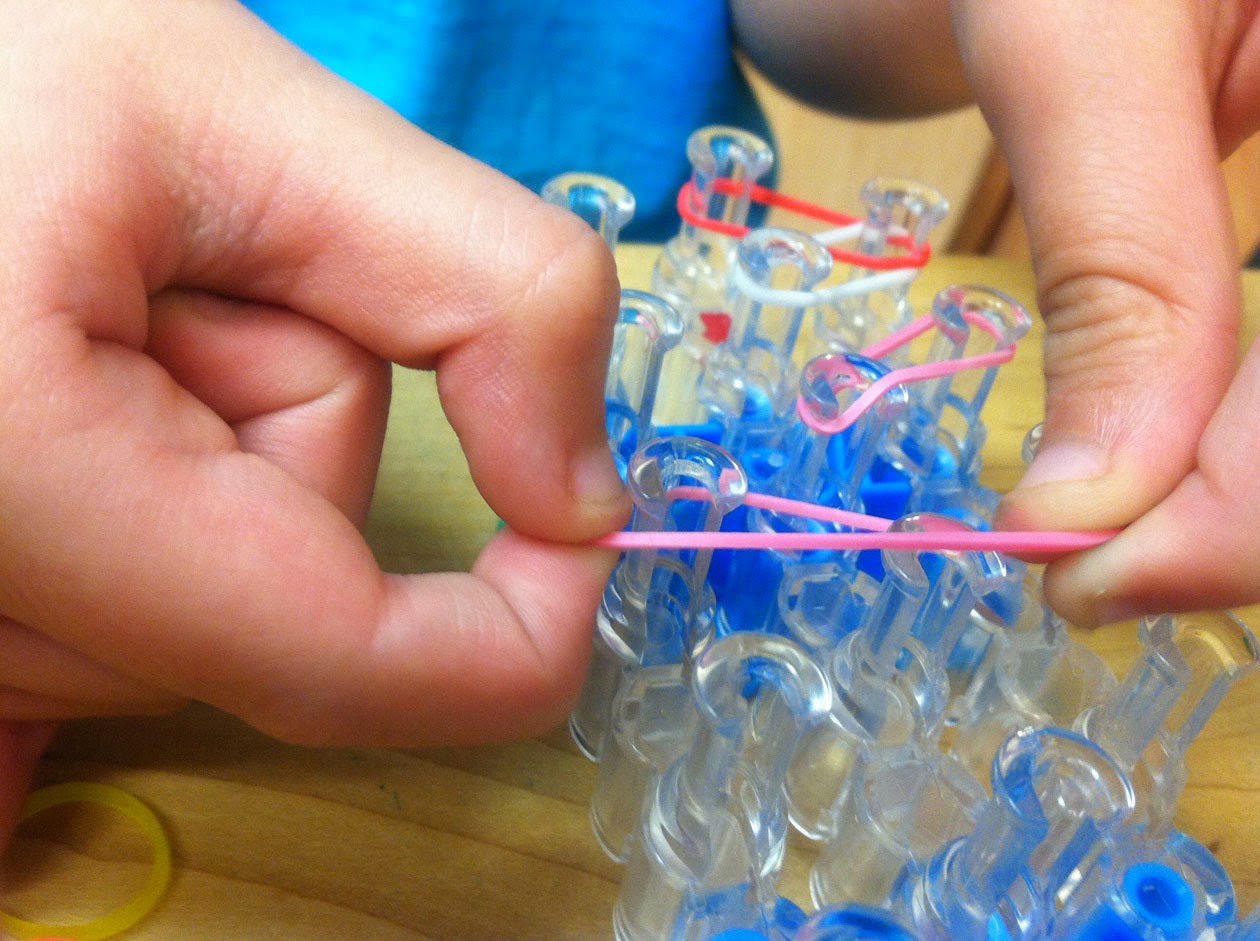 Admittedly, the hospital owned this particular loom and when I left, I went straight to Michaels and bought my own. I don't regret it one bit. It is certainly cheaper than the 72 inch Harrisville rug loom that is on my wish list, even when you consider the massive pile of colored bands I bought to go with it. 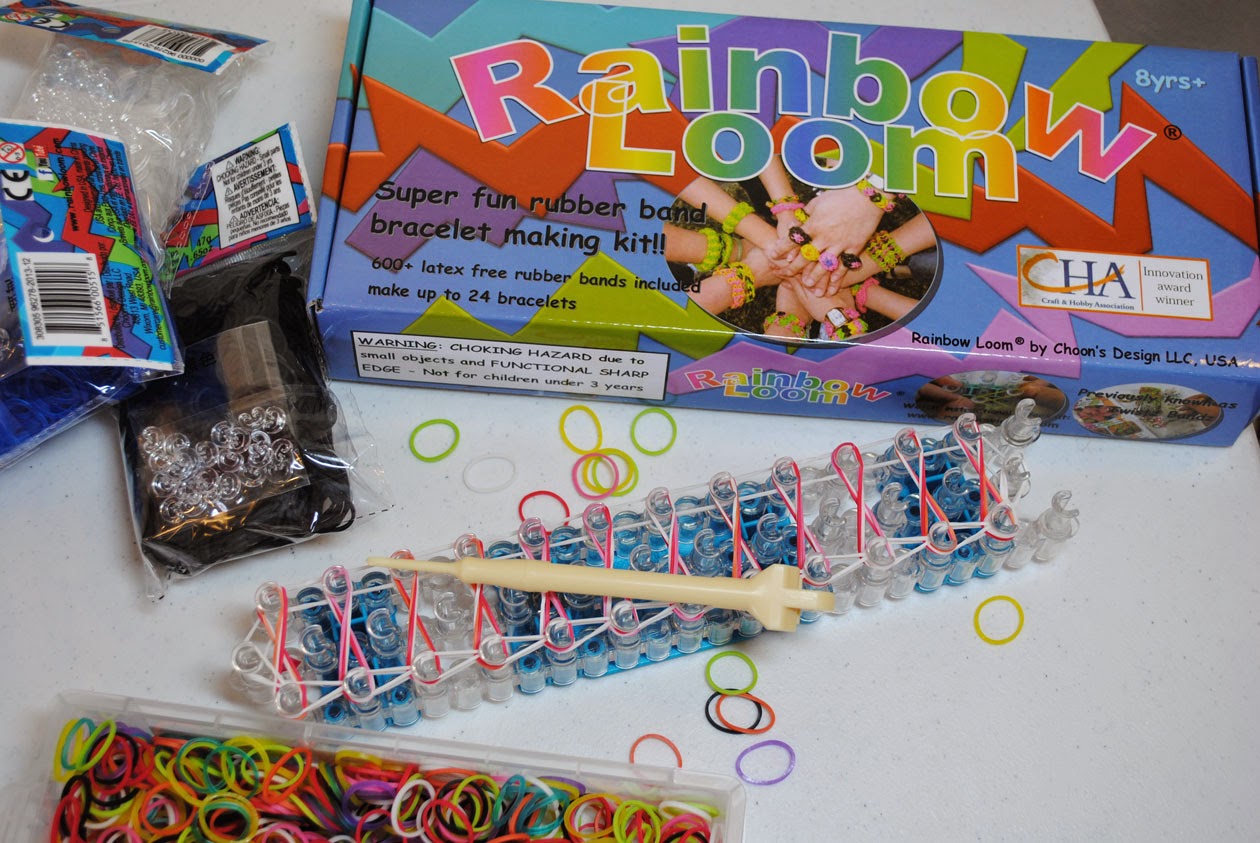 I have a cousin in Detroit who is similarly into this loom. However, this kid, who is 8 years old, clearly has no motor skill deficits. Look at the stuff he can make! 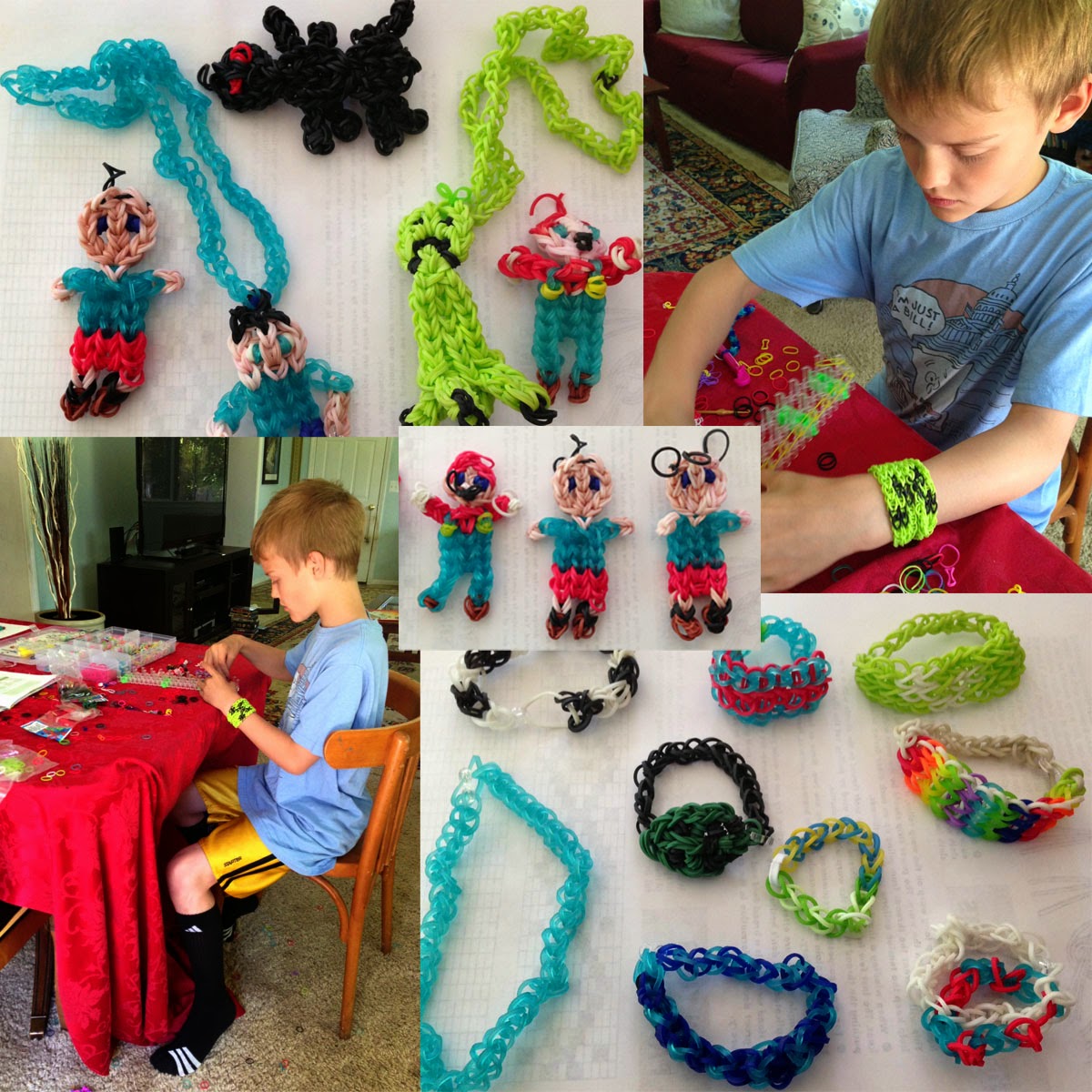 His name is William and he goes by Bill and I think the fact that his shirt says, "I'm just a Bill!" is awesome. 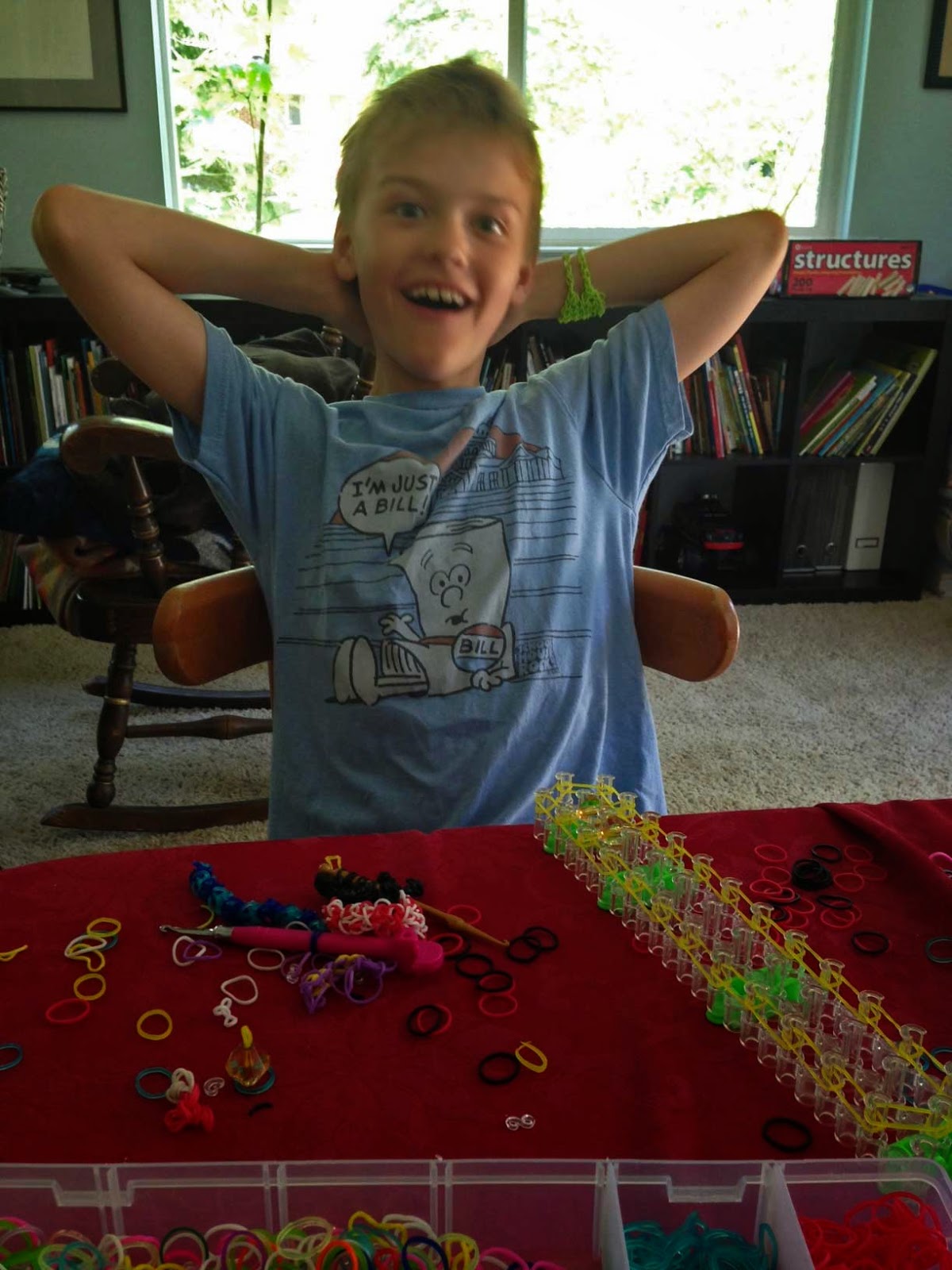 And lest you think that my support of this little rubber band loom is crazy, look what it led to! Bill's grandmother gave him this weaving loom and I sent him a box of wool and a book, and he is now a weaver. 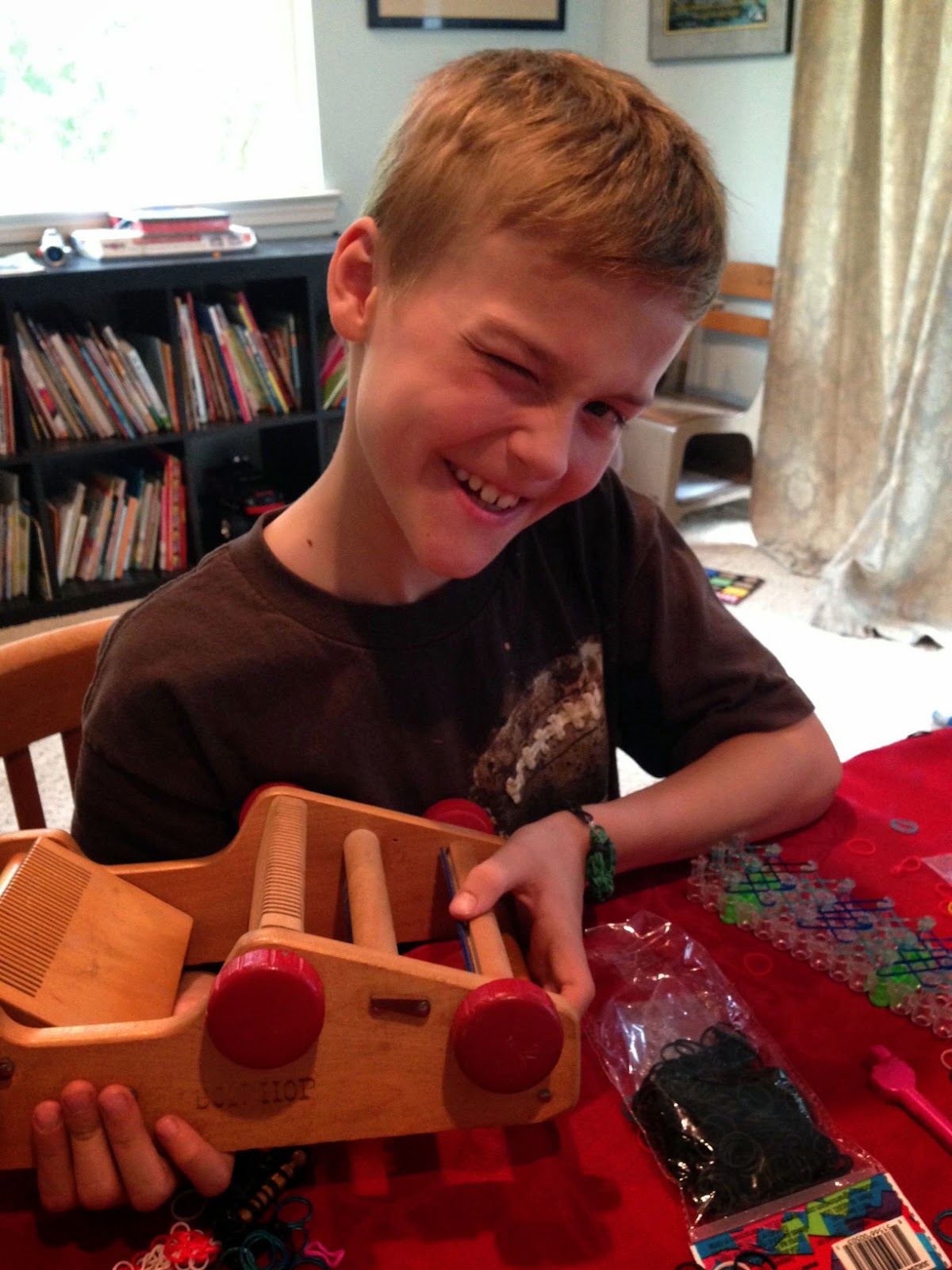 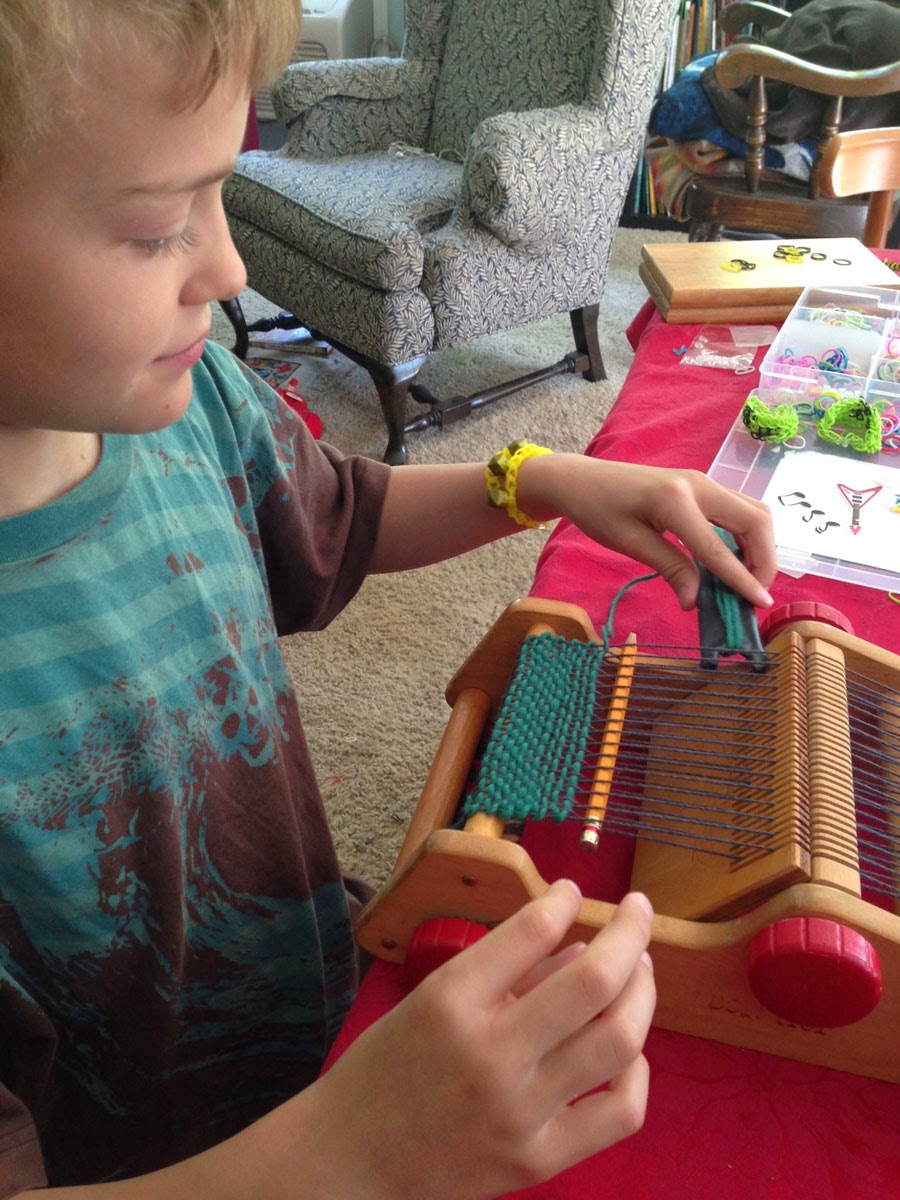 Nature versus nurture must be debated here as Bill is the child of my first cousin from my weaving-grandparents side of the family. Does he weave because his mom is an art teacher or does he weave because weaving is in his blood?
Posted by Rebecca Mezoff