I am still in Providence and most of the Convergence crowd has left. It isn't all that easy to get back to Albuquerque from Providence and flights on a Sunday were tickling $700 one way. So I'm going to visit my grandmother which was a better plan all along anyway.

I am exhausted beyond measure. I am so exhausted that when I sat down in the American Tapestry Alliance meeting just after I finished giving my last three hour lecture to hear the end of Marcel Marois's talk (which I greatly regret having to teach during), I almost started sobbing. I am deeply, undeniably, to-the-bone weary. The last 4 months have been fantastic but in every way I need a break.

So before I completely sink into the fluffy white pillows in this great hotel room, I am going to post the final Convergence photos. I was able to go to the American Tapestry Alliance's Untitled/Unjuried show opening on Thursday. In the same building was the Tapestry Weavers in New England (TWINE) show. There were many many many small format tapestries in this show and I highly recommend seeing it if possible, and if not, buy the catalog HERE. Below are some photos.

Some weavers from Damascus Fiber School in Oregon. They were in my studio in January and it was great to see their work in RI. 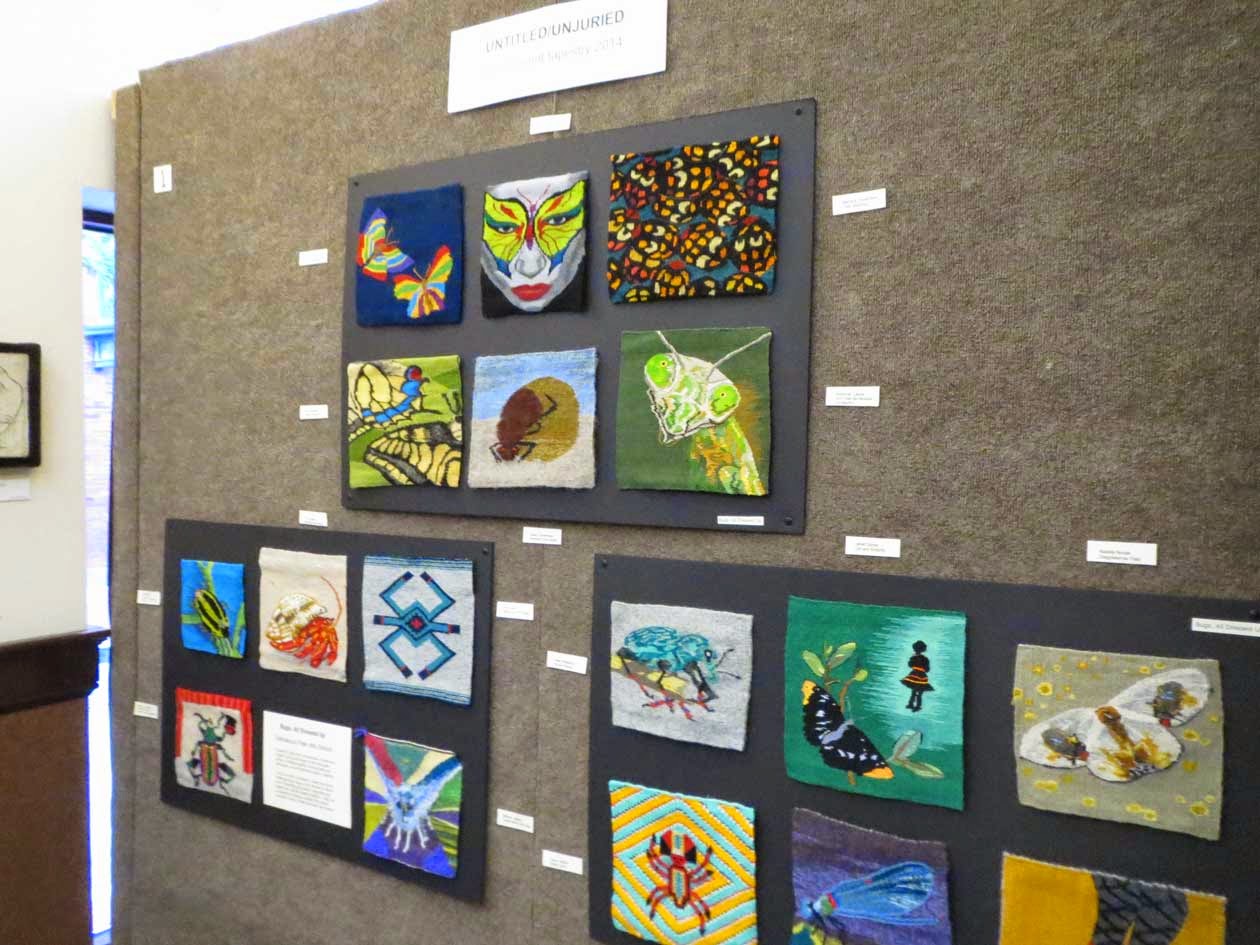 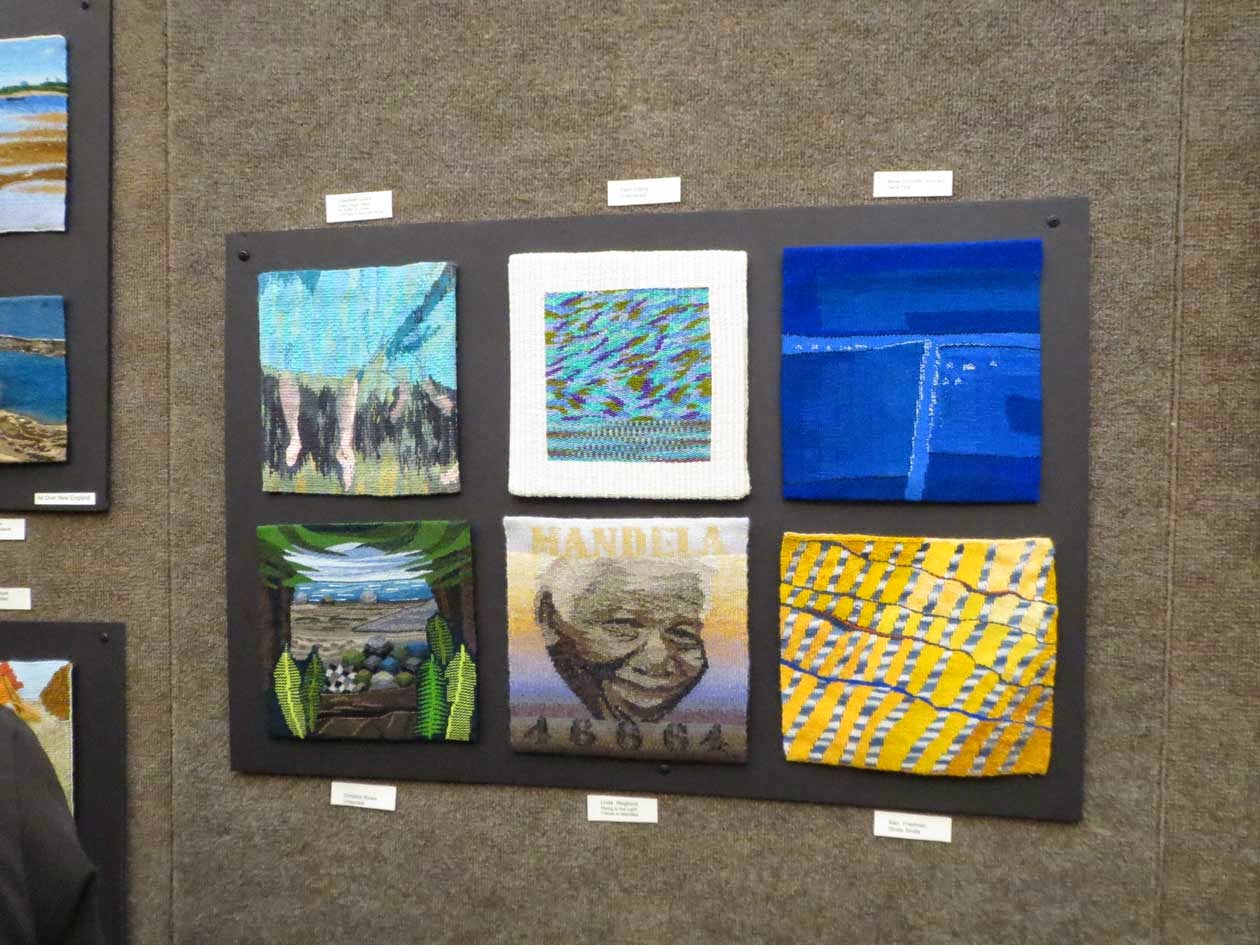 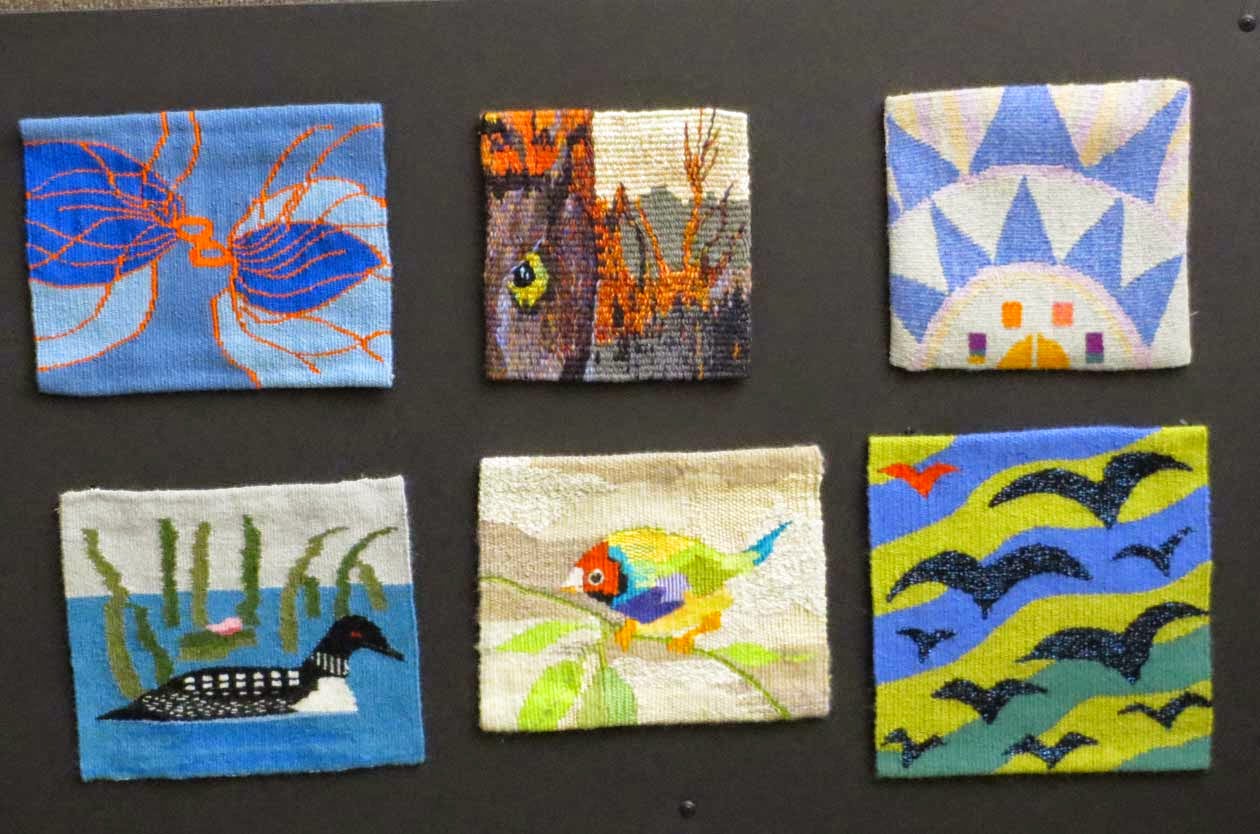 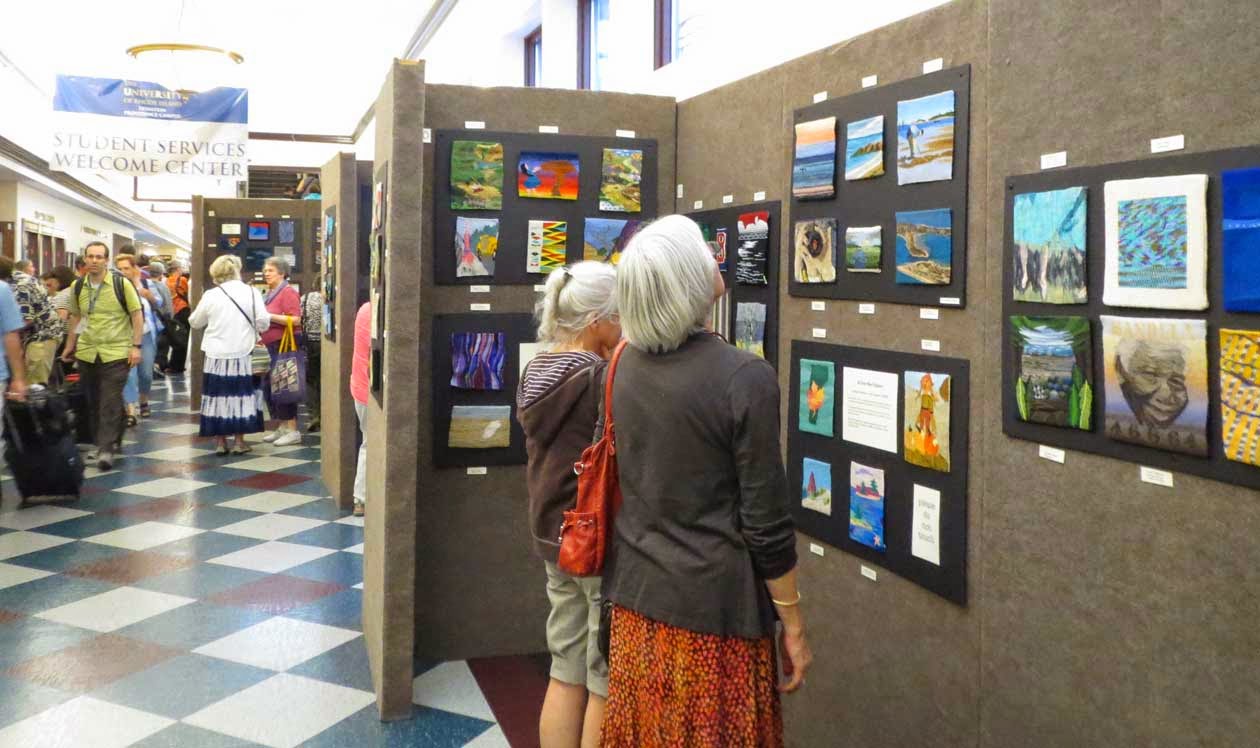 This panel had my piece on it. Mine was the piece that told some observant installer that the panel was upside down. That is all I'm saying. 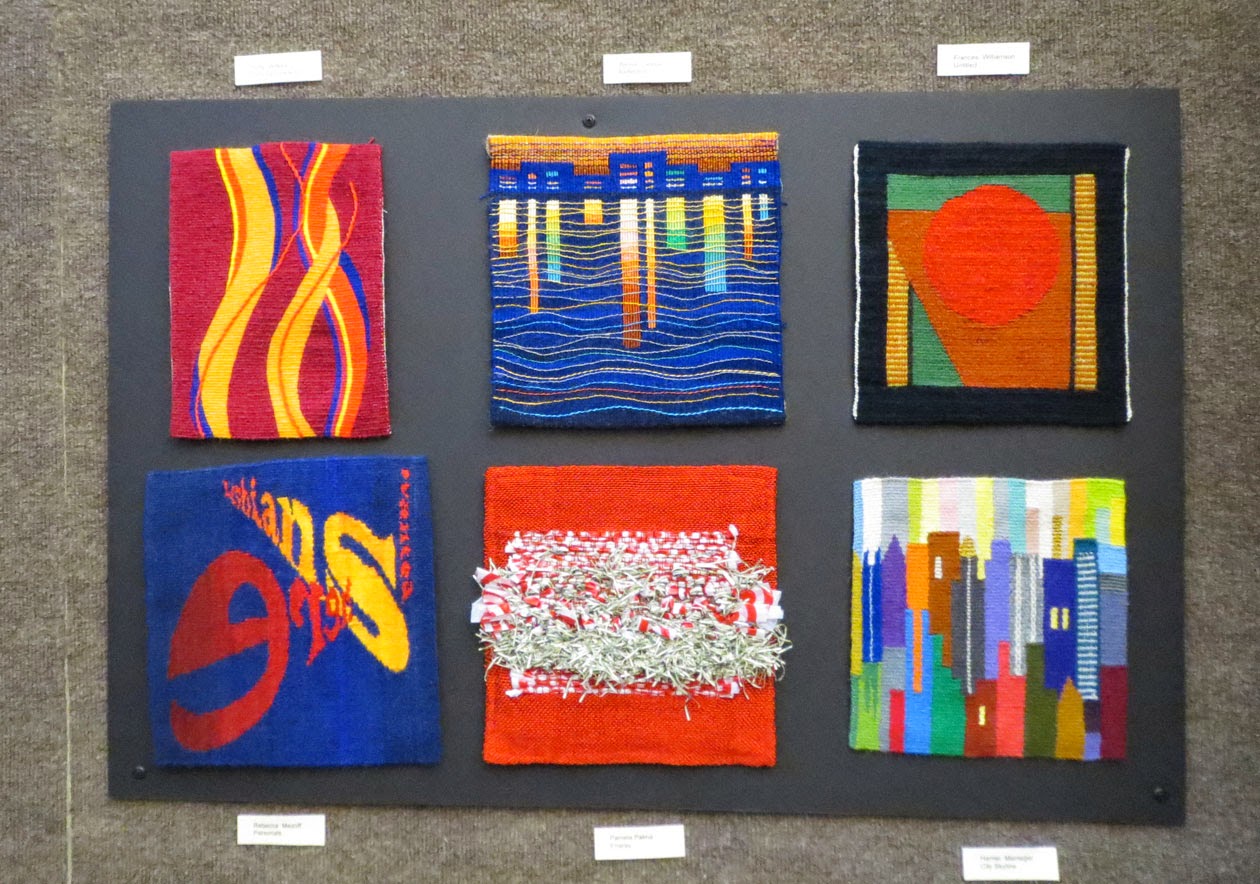 And this panel had a very special tapestry on it by Matthew Lewton. He is 12 years old and well on his way already. 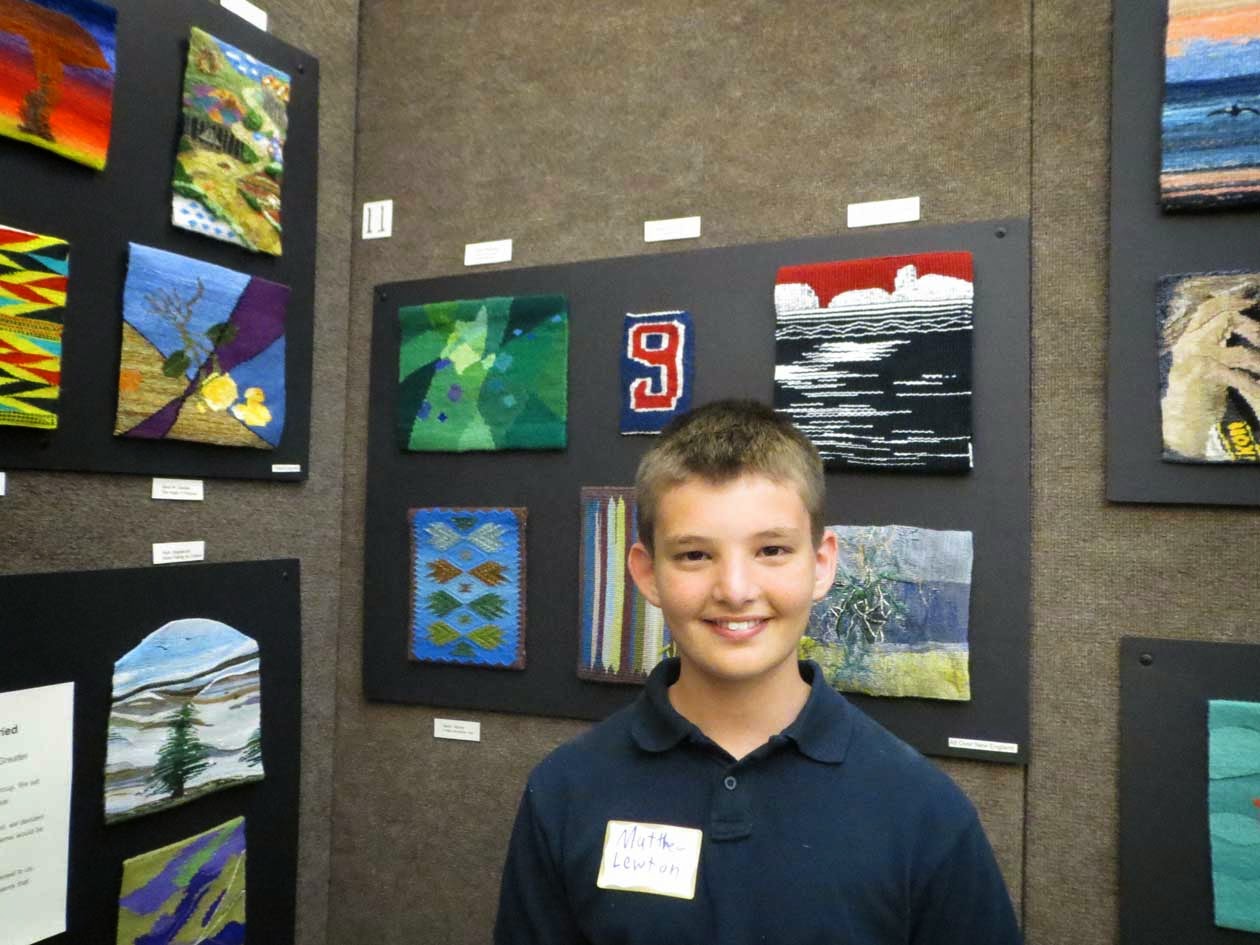 But despite the fantasticness of Matthew's work, Louise Martin's piece was my favorite of both shows.
Don Burns won the American Tapestry Alliance Award for Excellence in the TWINE show for this piece:
Kathy Spoering, rather inexplicably since she lives in Colorado, had a large number of pieces in the TWINE show. 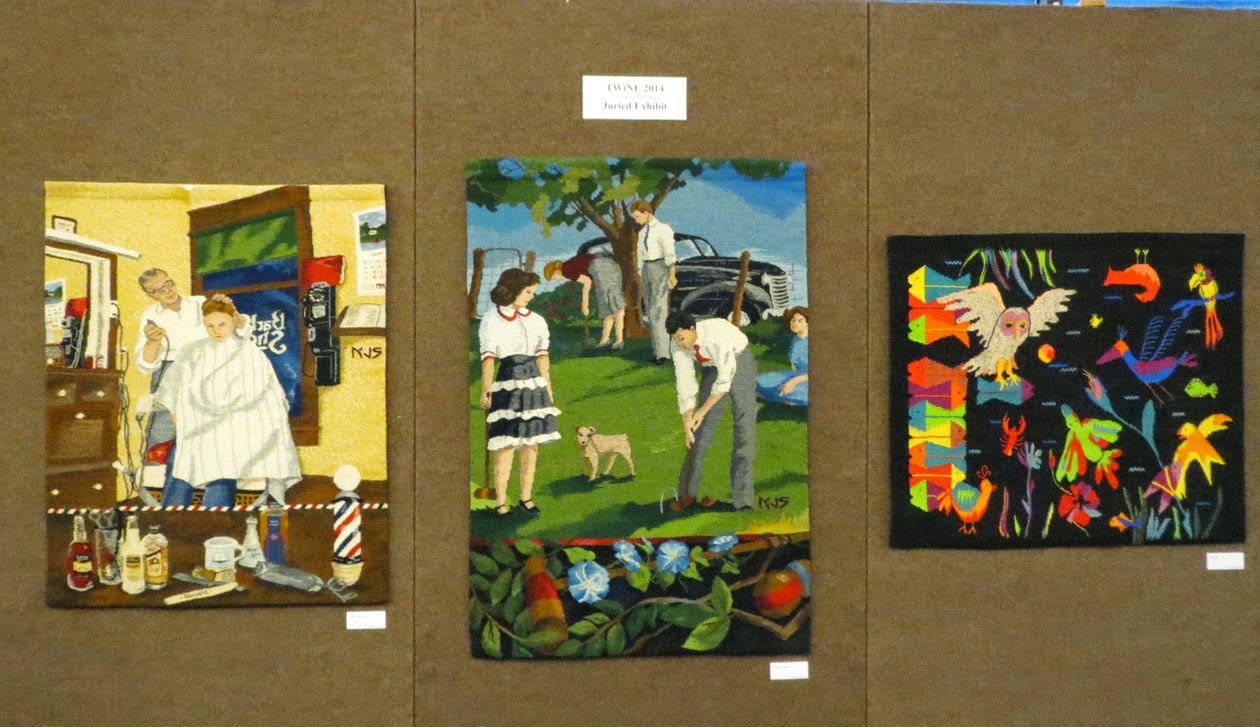 A wall of pieces by Sarah Warren:

I met Bonnie Eadie in one of my tapestry classes earlier in the week and then I saw her work in the TWINE show. I thought it was very fun.
It is always a little shocking to work with someone in a class for a few days and then stumble across their marvelous work at a show. First there was Bonnie, then there was another one, Katie Hickey.
Betsy Wing and Elizabeth Trocki: 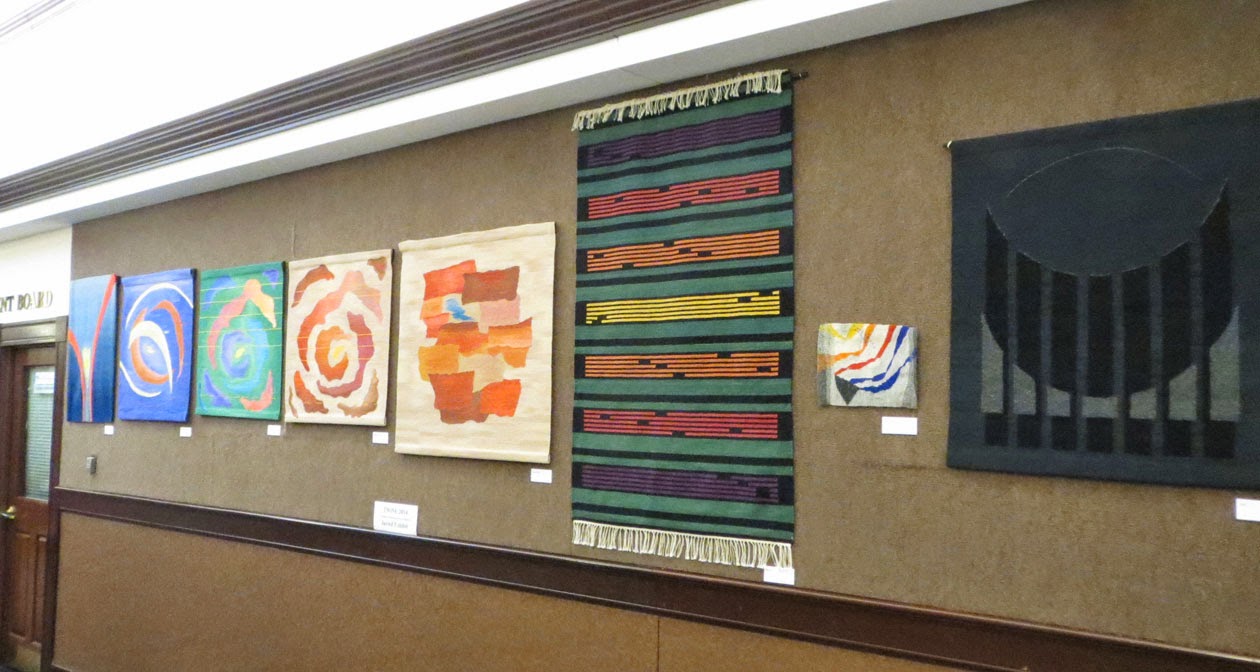 And this was a little moment of weirdness for me. See, I grew up in Gallup, New Mexico on the edge of the Navajo Indian Reservation, so seeing the Burnham and Company Navajo Rug Auction in the Rhode Island Convention Center felt just a little, well, jarring. 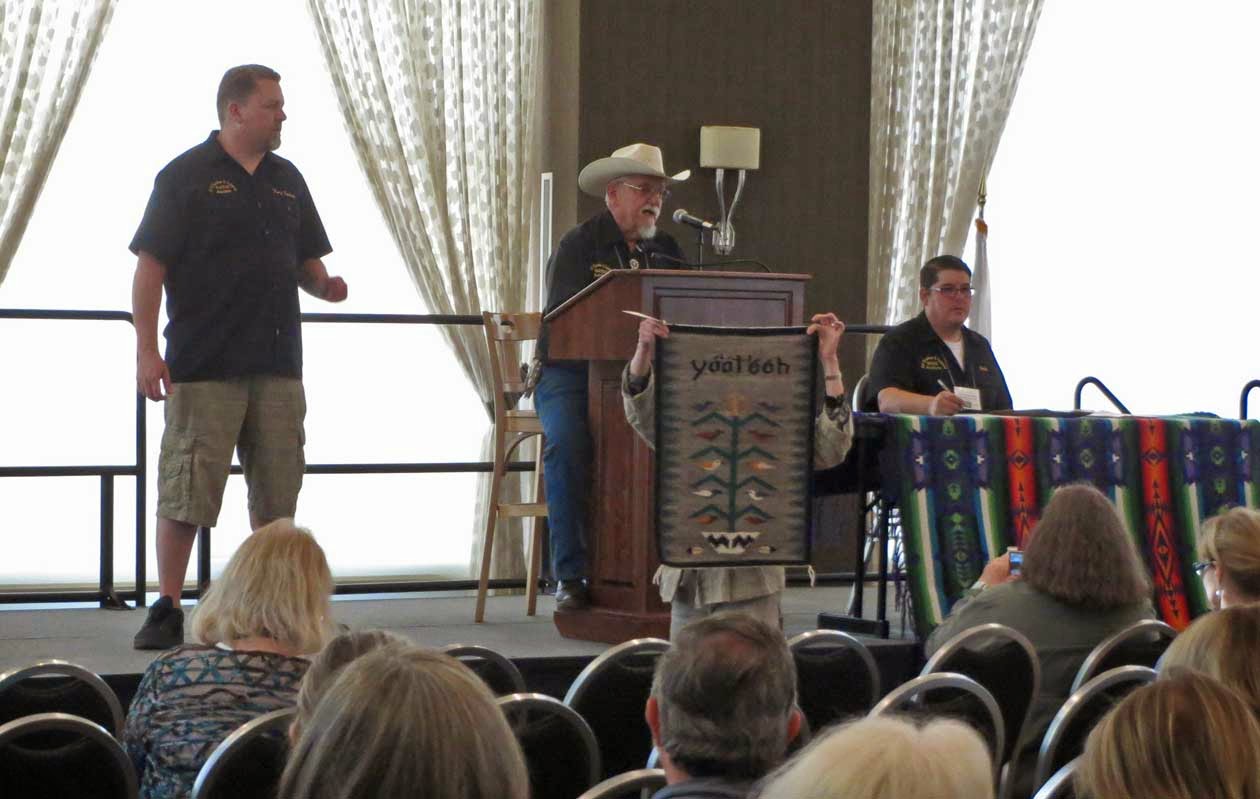 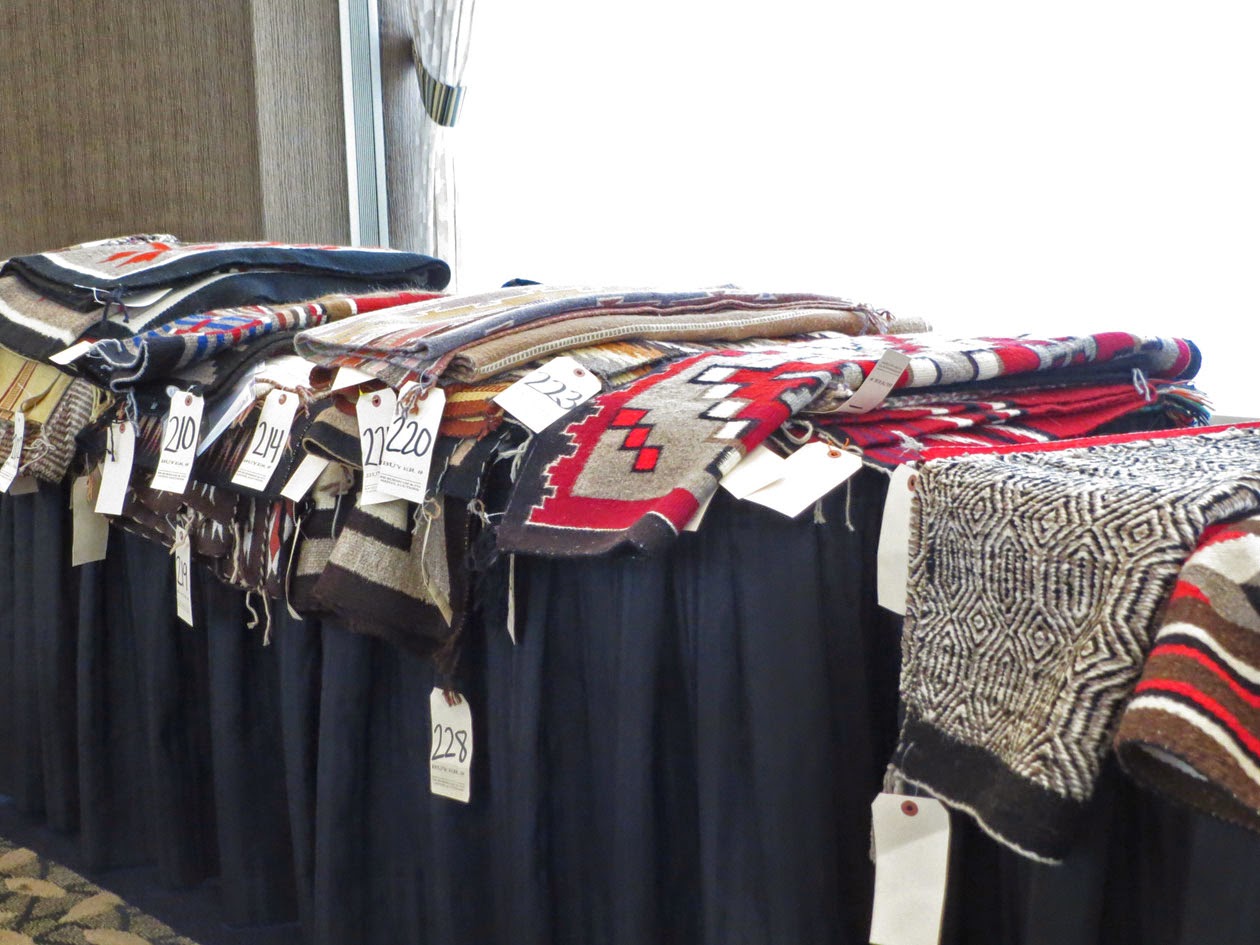 Convergence is over. Now I can sleep.
(Except for the hotel fire alarm at 4:54 am. I arrived in Providence with soaked luggage and I am leaving after groggily watching the fire fighters saunter up to the building, clearly not in a hurry, and listening to the alarm for about 15 minutes in what felt like the dead middle of the night. I am not sure Providence and I have started the best relationship after all.)
Posted by Rebecca Mezoff