I had the distinct honor of being invited to shearing day at Sheep Feathers Farm last weekend. With my new spinning obsession, I was excited to see these fleeces come off the animals. Robin raises these sheep for spinning fleeces and has won many awards at fiber shows including a Grand Champion award last year at Estes Wool Market. (Admittedly Agatha is a beauty!) 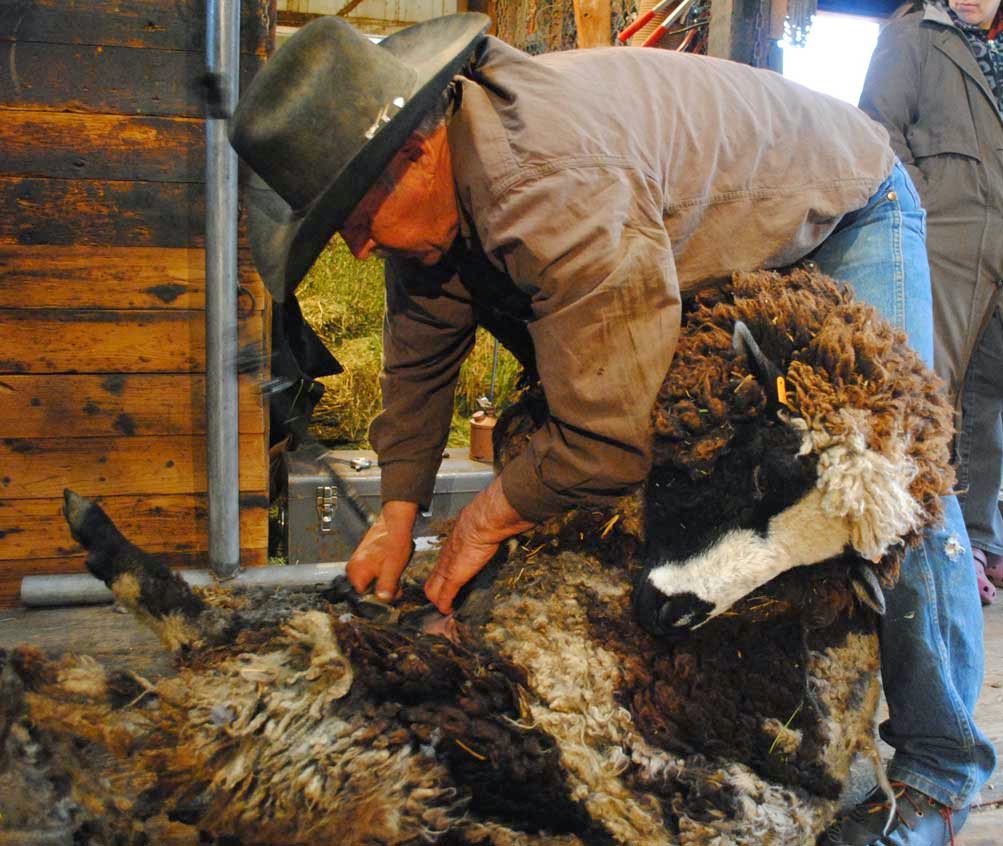 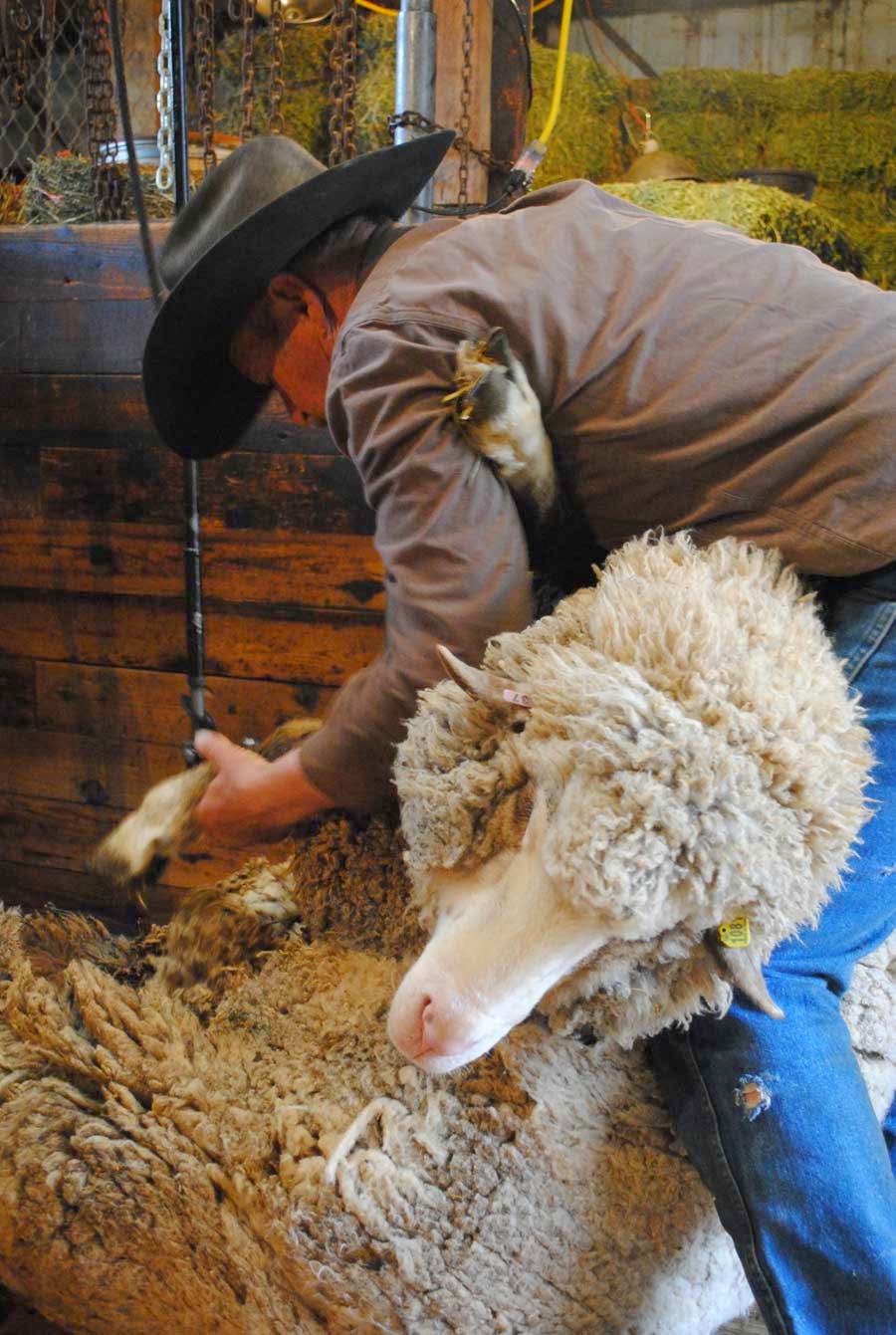 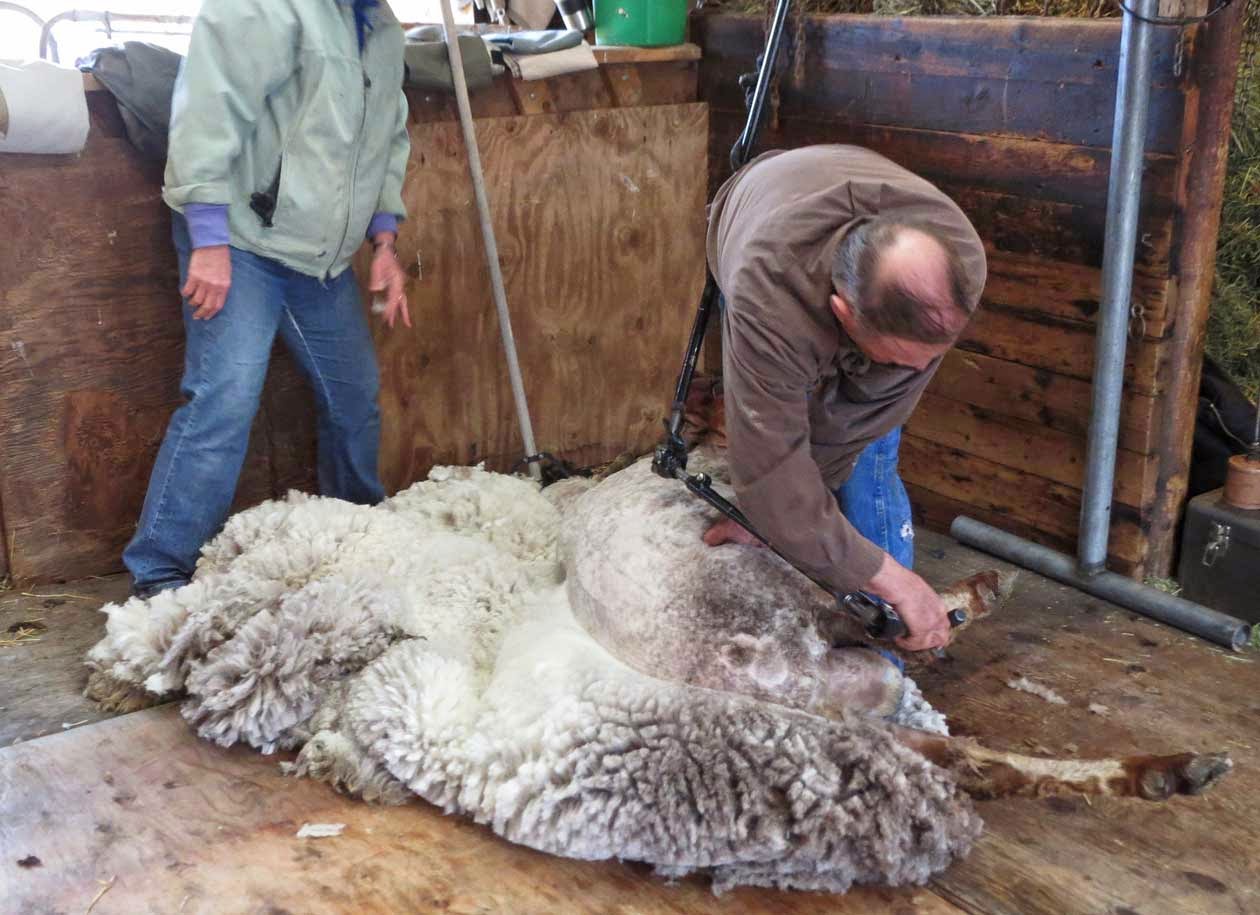 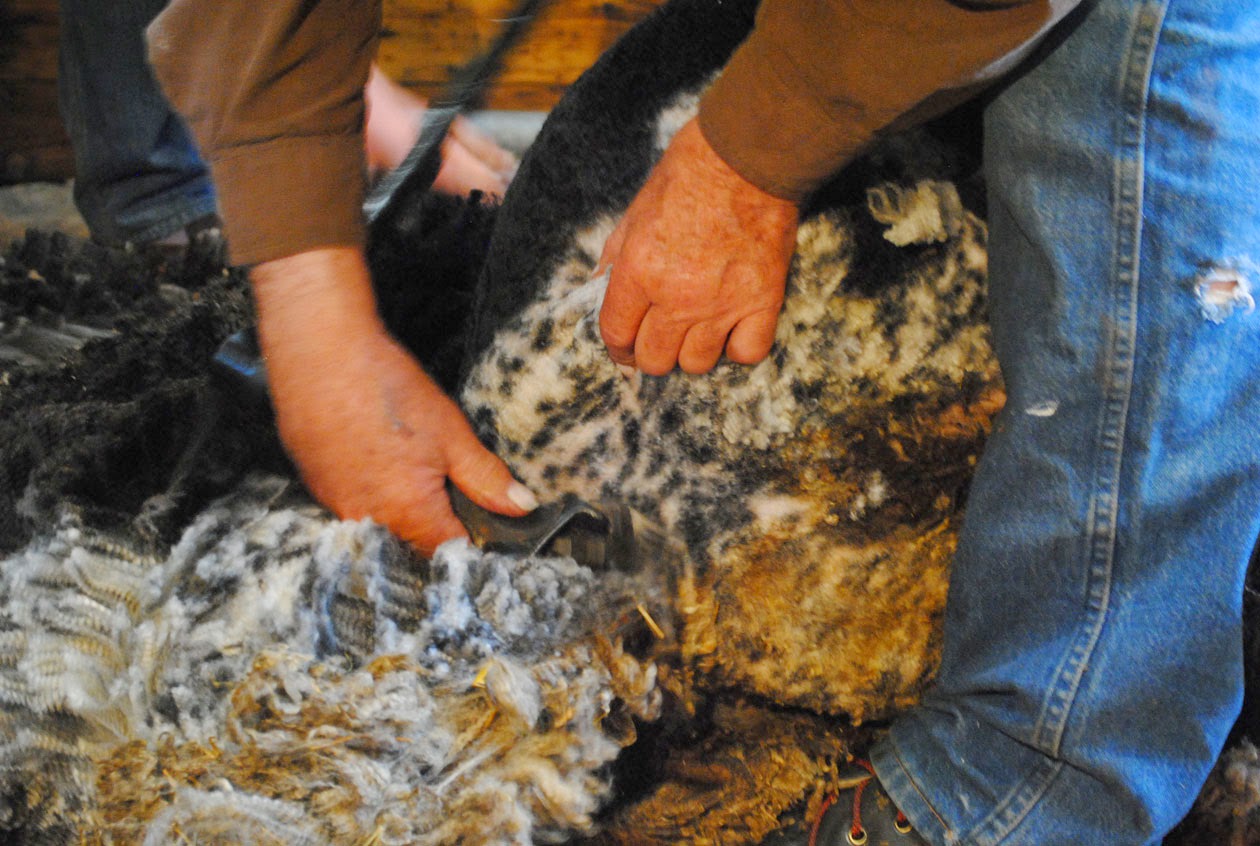 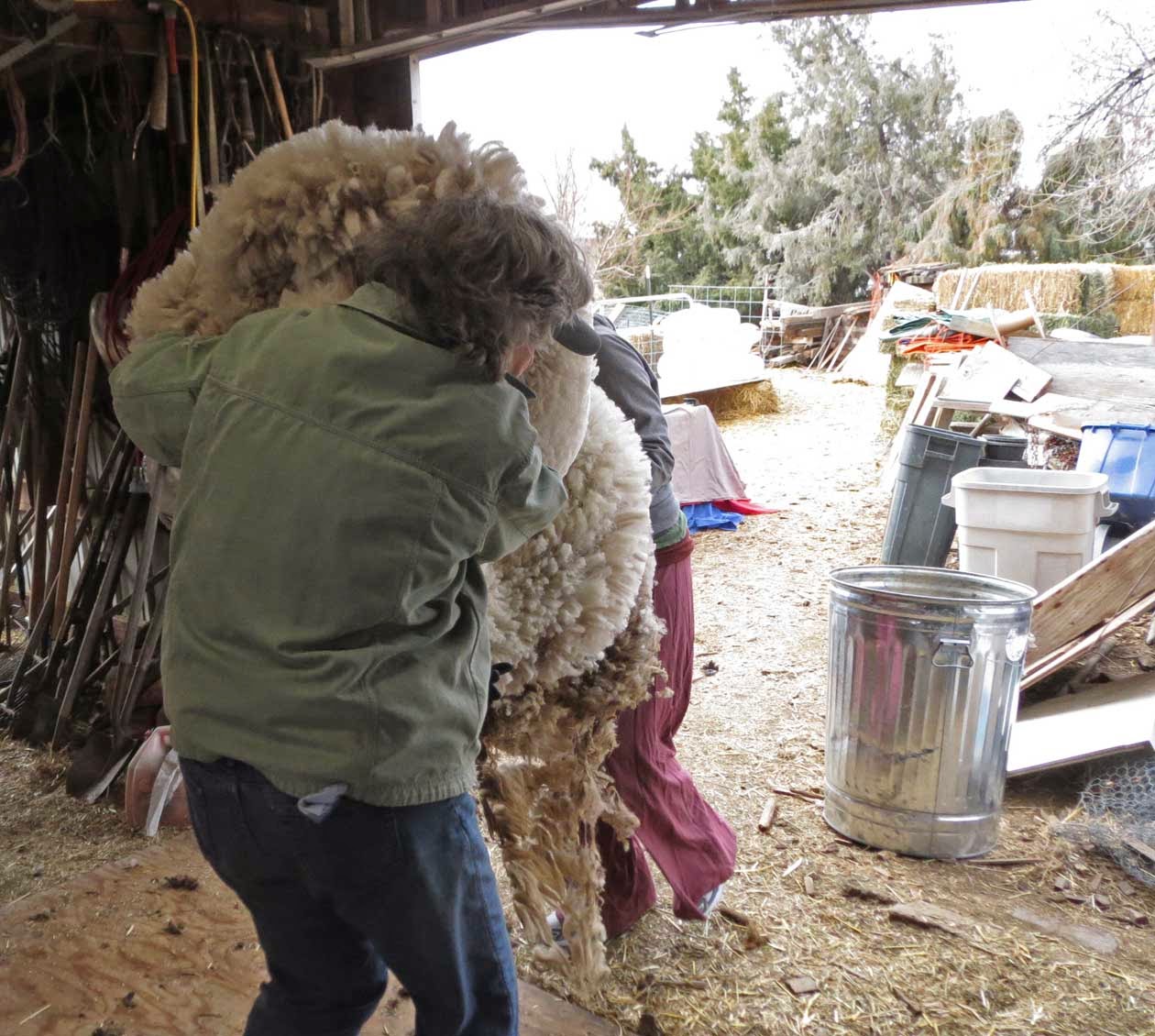 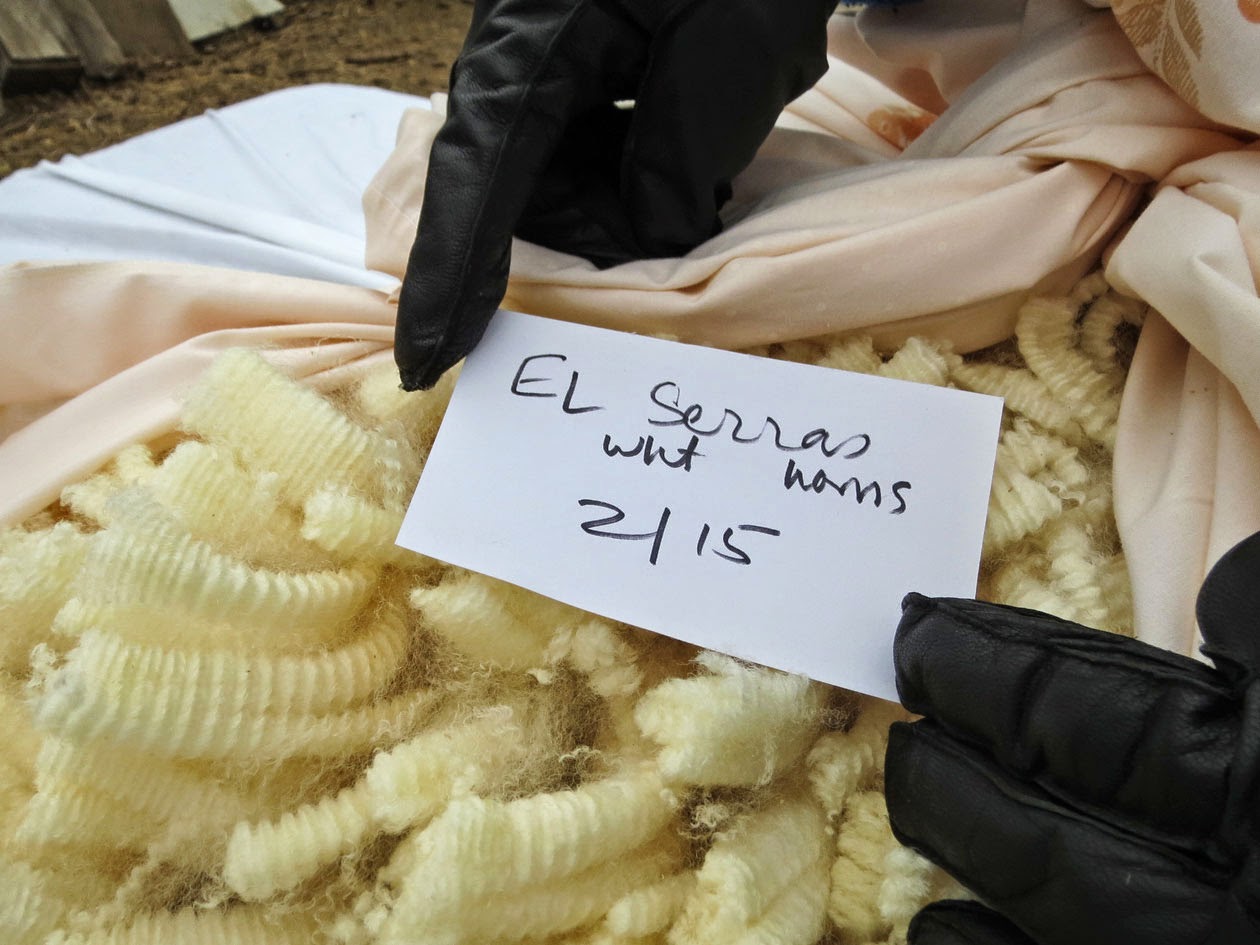 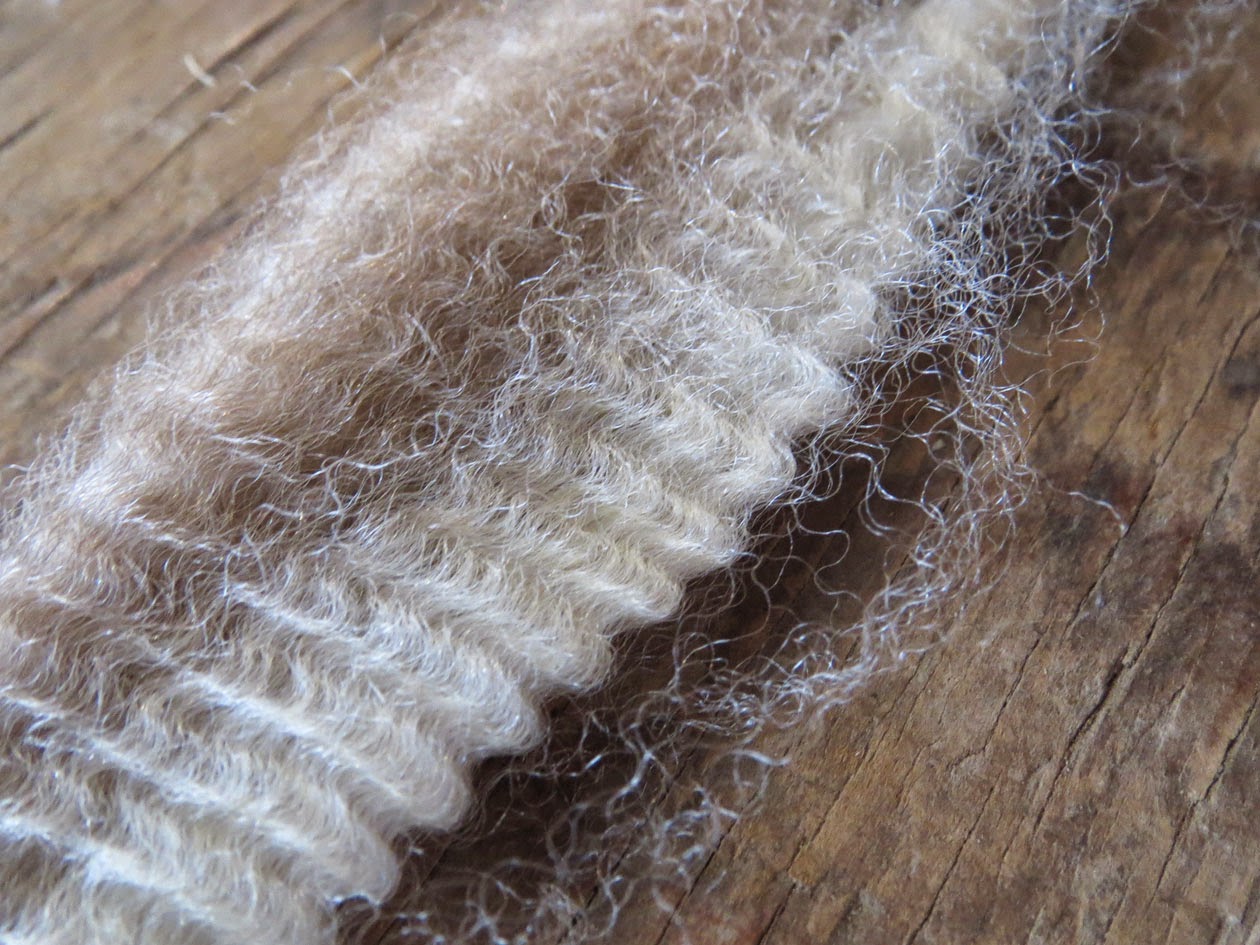 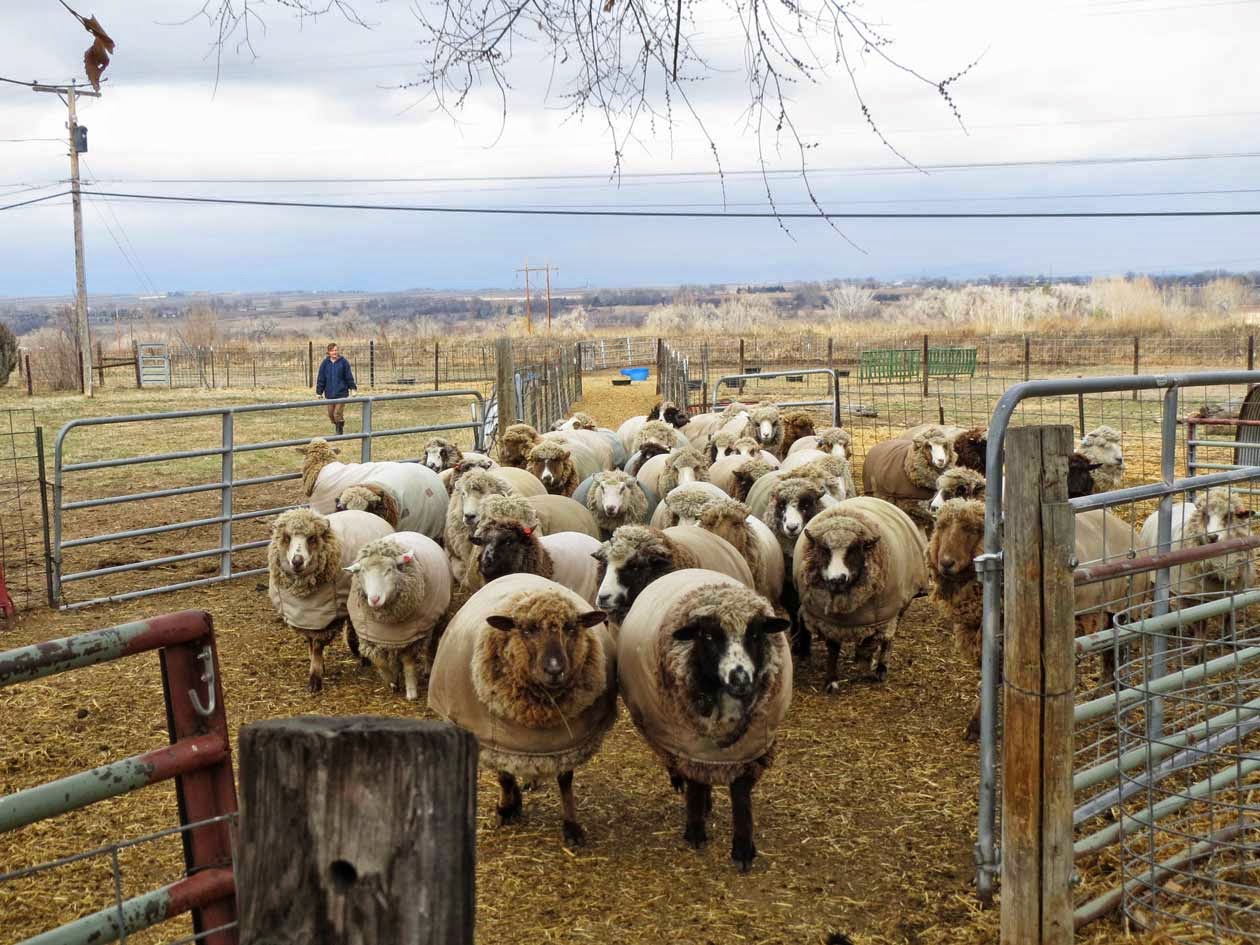 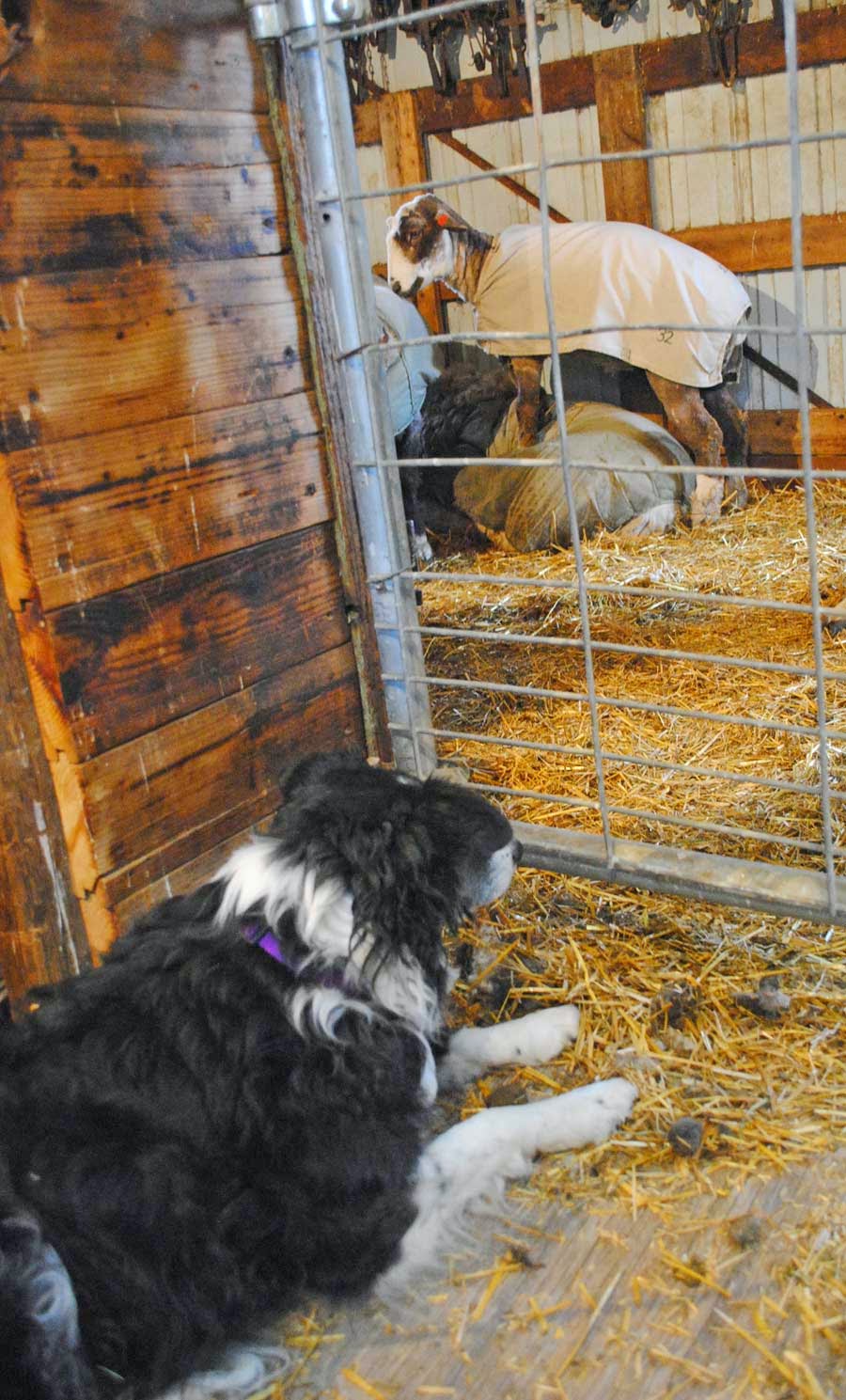 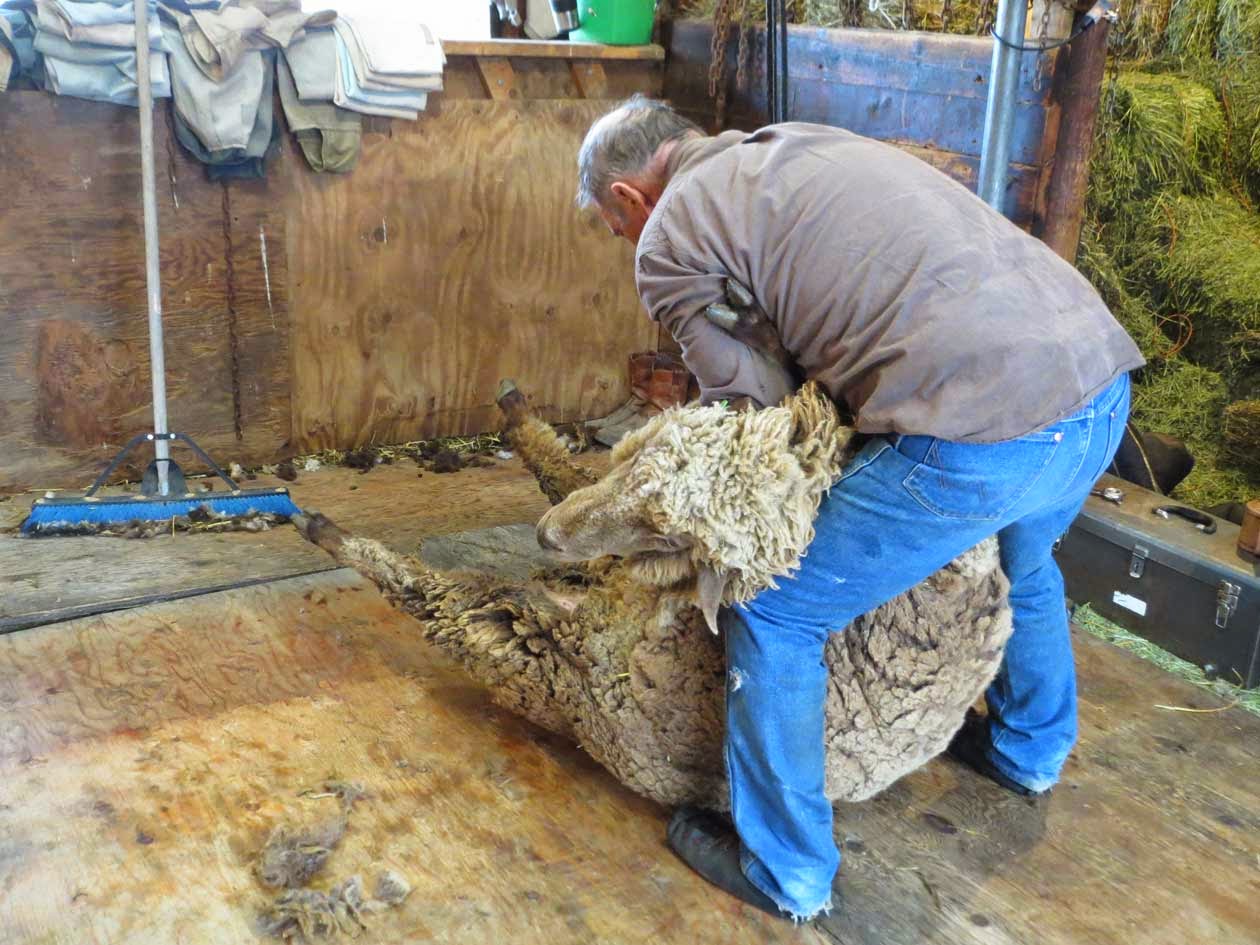 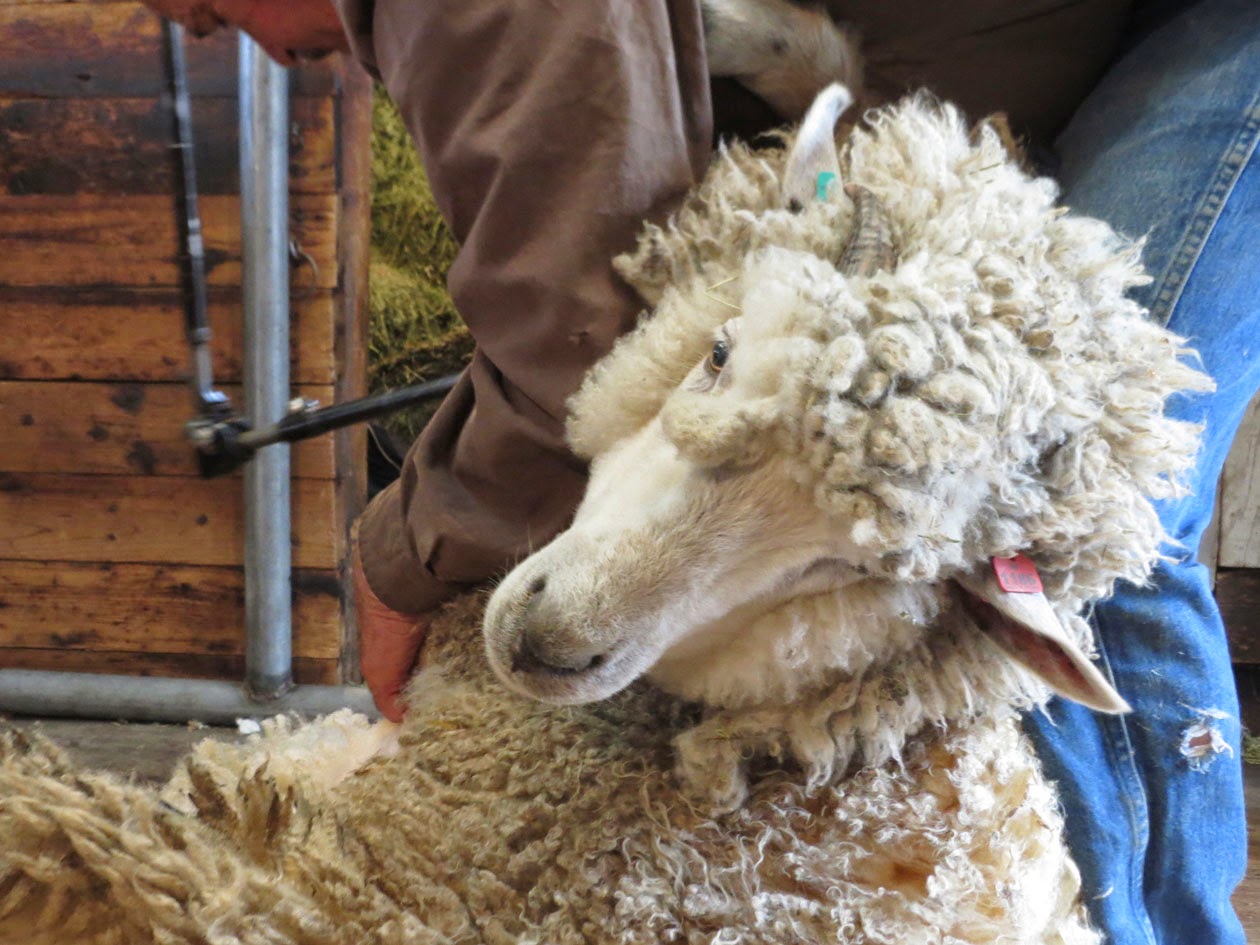 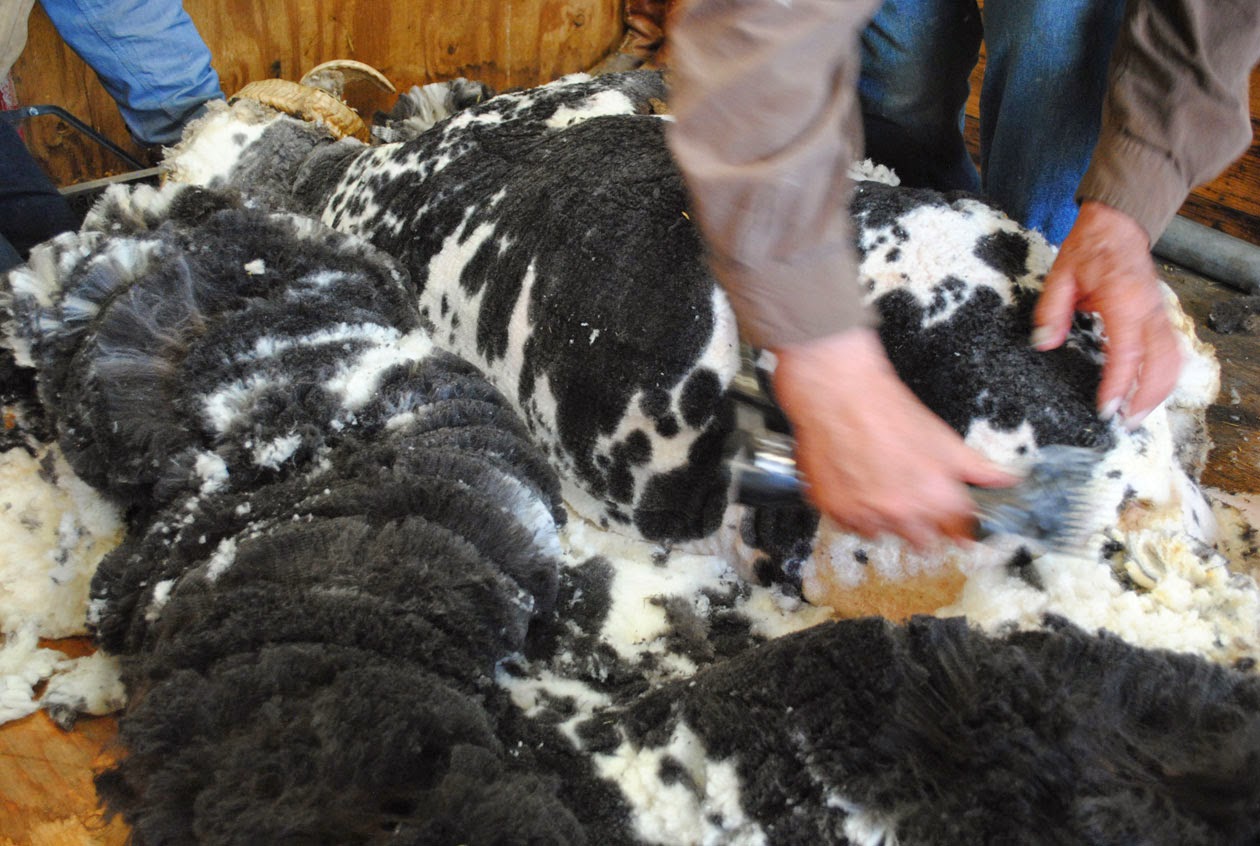 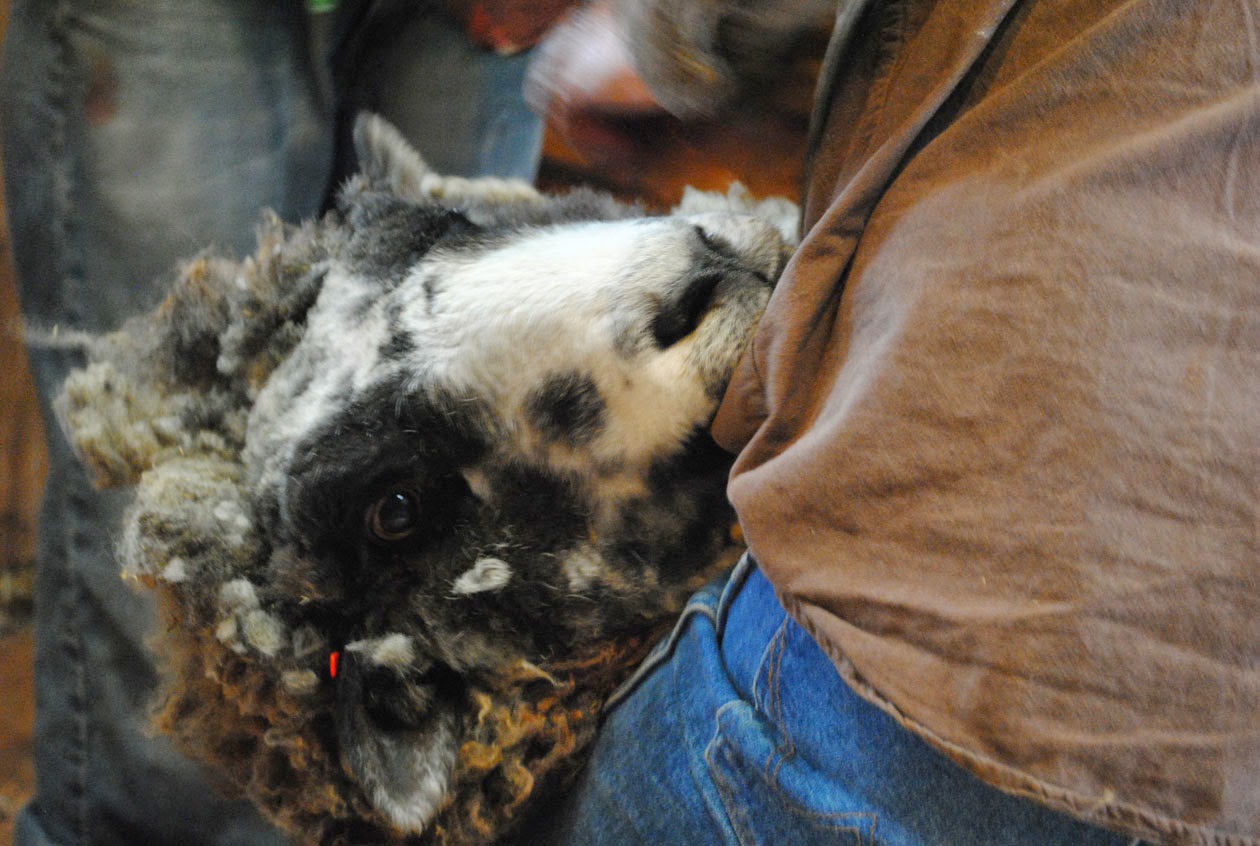 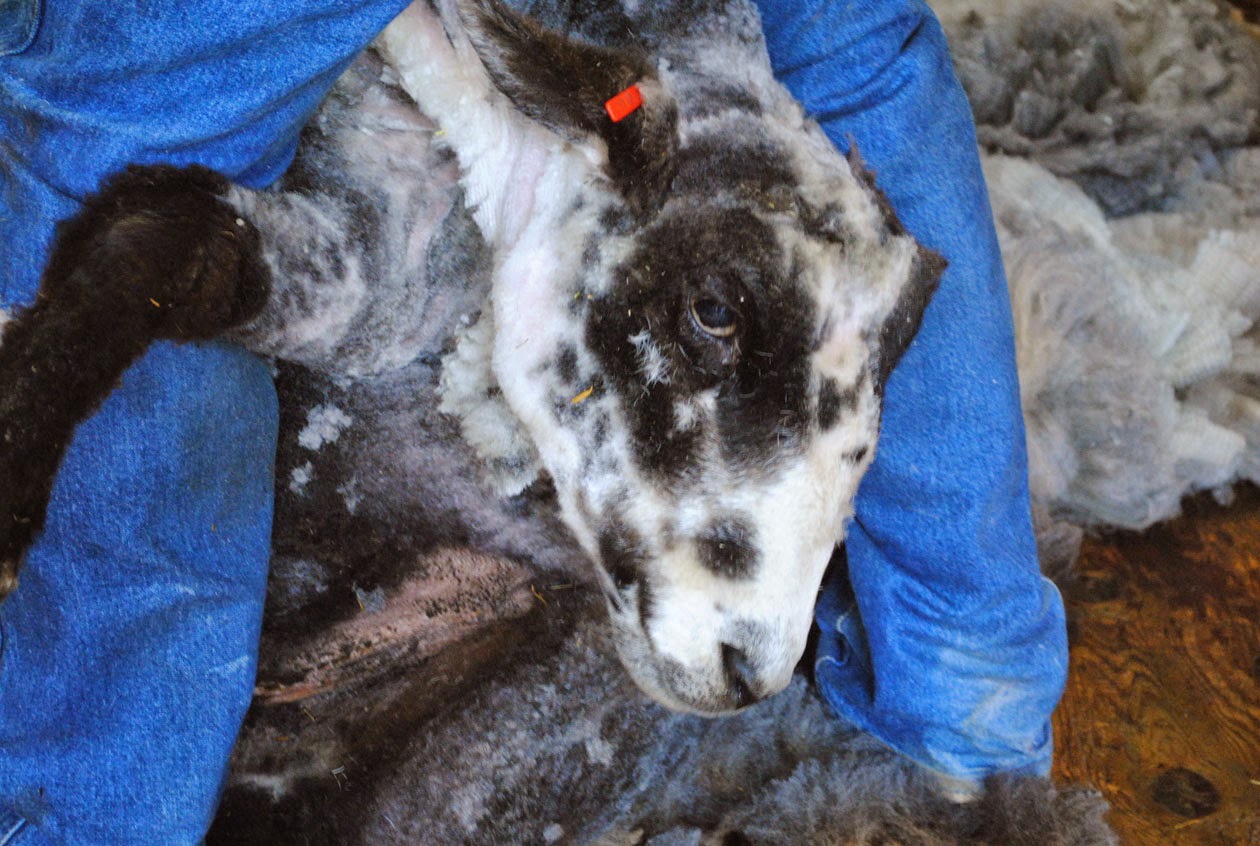 The rams were shorn first as they were the rowdiest. It was magic from the very first fleece to see what was underneath. Robin coats her sheep so the fleeces stay quite clean, but the cut side of the fleece might be completely different from what you see on the outside. She raises a mix of CVM, Corriedale, and Wensleydale X Lincoln. The fleeces were everything from buttery white to pure black. Many of the prize fleeces were black, white, and brown spots. There were creamy chocolates and beautiful grays. I wanted to try spinning every single one I saw.

I enjoyed the jovial atmosphere of the small barn and loved watching the sheep after they had their fleece shorn. Cory, Robin and Mark's daughter, gave them each a nice back scratch before she fitted them with a new smaller coat. Many of the ewes will be lambing in the next few weeks and we were able to see which ones were the closest once all that fleece came off. There were some big bellies under that wool!

Bob the shearer worked like a fiend. He never stopped except when everyone else said they were breaking for lunch and there was no one to feed him sheep--and he went back to the barn as soon as he finished his sandwich. Many of those sheep outweighed him by at least a hundred pounds and he managed every one like they were big teddy bears. 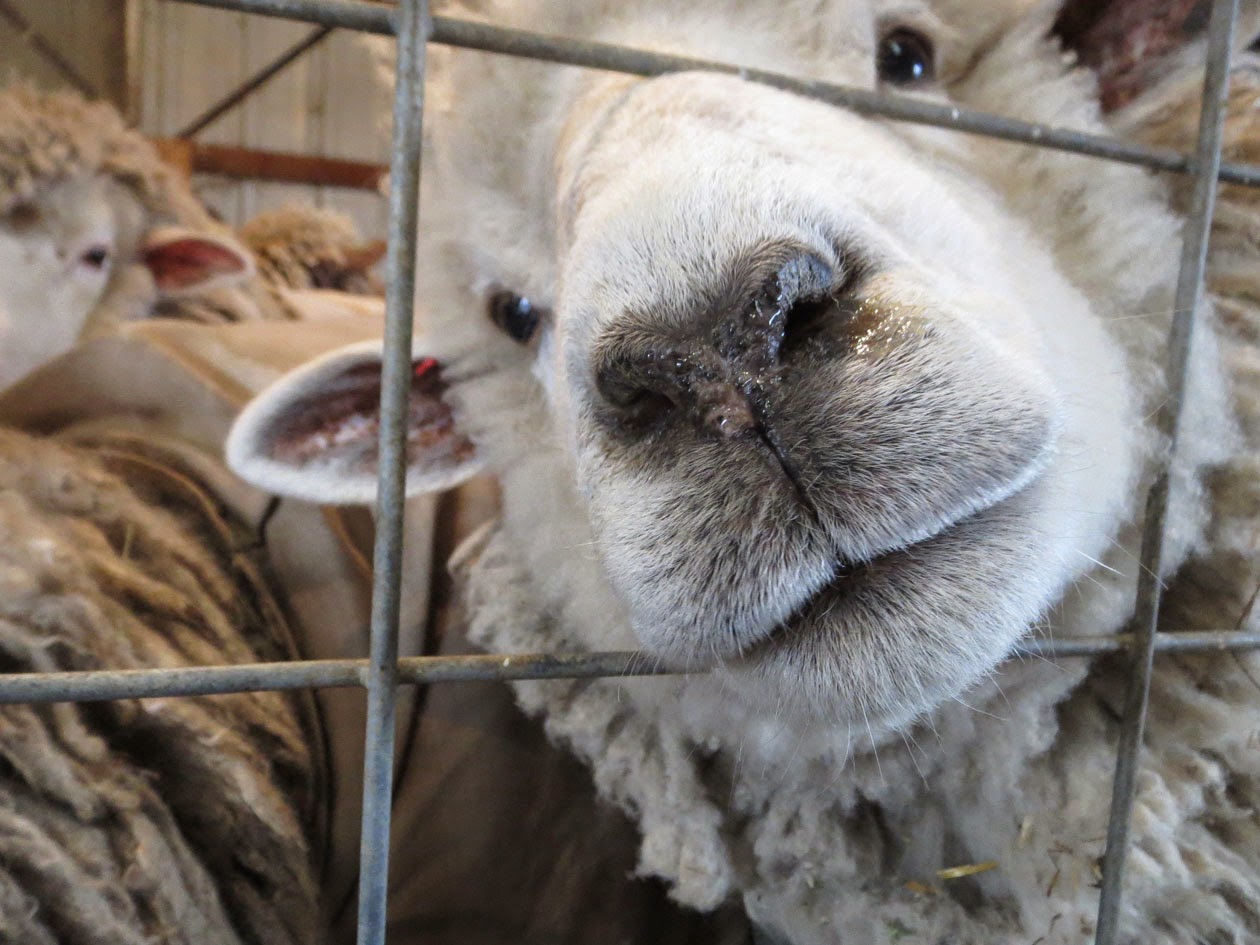 It amazes me that I have worked with wool intensely for over a decade now and I have not until last month, tried working with it in its raw form. Fleece is lustrous, sticky with lanolin, sweet-smelling and so mysterious. It was like opening a much-anticipated present to see each fleece open up when it came off the sheep. I can't wait until skirting day when I might be able to bring one home.

Here is a little video of Myrtle's turn.

With a huge thank you to Robin and Mark for welcoming me into their barn and home,
Baaaaa!!!!!
Posted by Rebecca Mezoff