Dragonflies are handy that way... weaving curves with Sarah Swett

Much of the time life just hums along, the same as usual. But now and then there are a few days that shift that regular world a little or a lot. Last week's workshop with Sarah Swett was one of those seismic shifts. The workshop was called Follow That Line! and it was held in Golden, Colorado, at The Recycled Lamb. It was put on by the American Tapestry Alliance.
I have tried and tried to put words to the experience that was this workshop and I just can't sum it up in any way at all. Here are a few snippets and some photos. I guess this is my journey, so go find your own!

I learned not to hold the way you do things too closely. Opening fists clenched tightly around "the way I do it" opened me up for immediate experimentation and, I quickly found, fun. It wasn't really hard to let go. No one could resist entering Sarah's world of imagination... and I'm not much of a closed fist kind of person anyway.

The truth is, there are a million things about tapestry. There are so many ways to go over and under a set of warp threads. So many things we debate--warp, weft, looms, finishing, starting, selvedge technique, tension, image.

Just over and under. Really.

This is some of what Sarah said. But mostly she lives by example.


I want to know what is going to happen and I don't... until I weave it.
Set things up so it is impossible not to do what you really want to be doing.
Try to be really clear.
Start the day as you mean to go on.
Dragonflies are handy that way...
Be consistent.
There is too much information in a photograph.
Jack Lenor Larsen's "unfortunate fringe" might be just the thing.
Try it. (She didn't say that one. But she might have. I think it is what she meant by the whole workshop.) 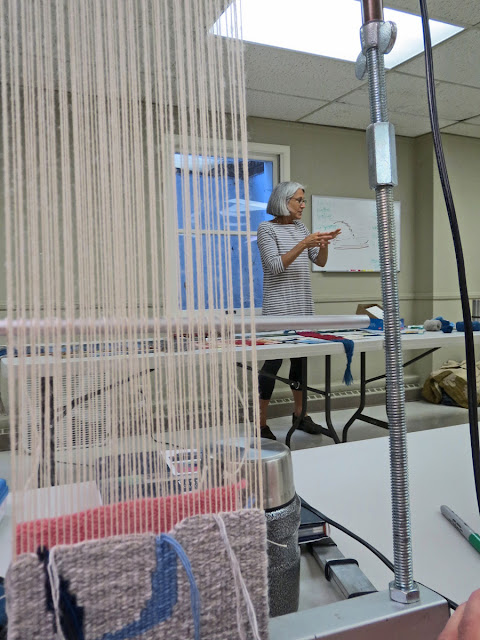 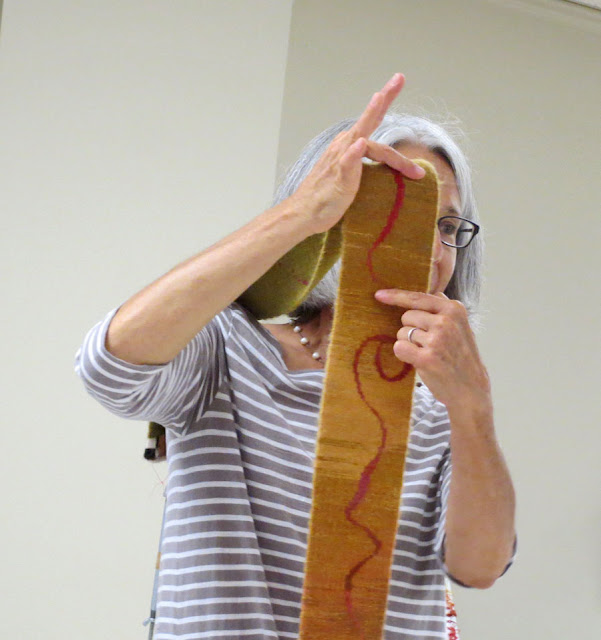 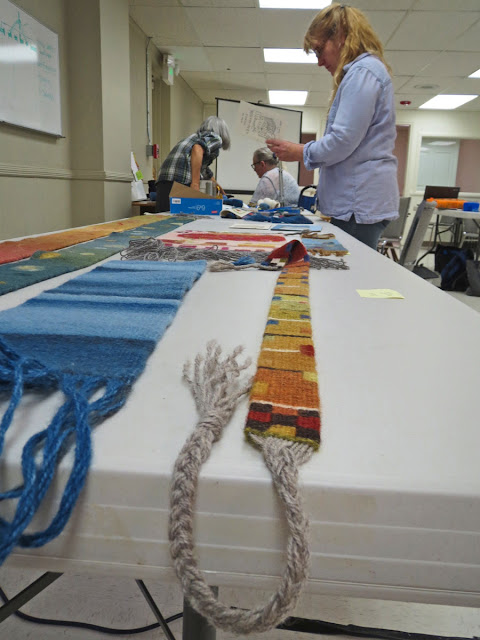 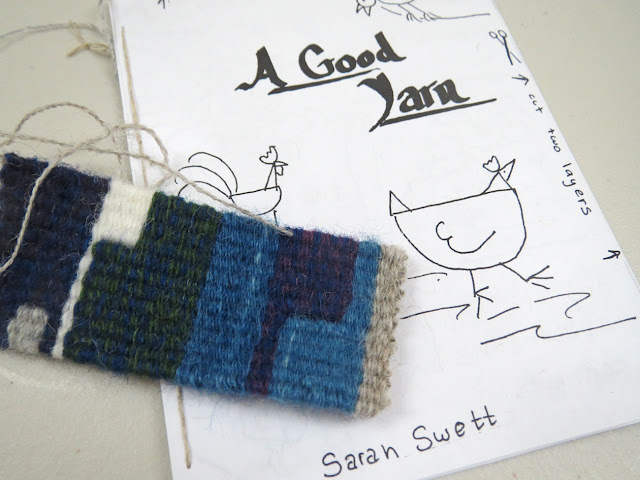 By the way, the rumors are true. The tapestries pictured here of Sarah's are all woven with her handspun weft. A significant portion of them also have handspun warp.
And yes, as shocking as it is to some of us, she wet finishes them. That means they are washed. In water. Given a bath. Wet. And spun in the washer.
Whew. I'm still trying to open the fists clenched against the weft finishing ...

You can find Sarah's virtual world on her website here: http://www.afieldguidetoneedlework.com/ 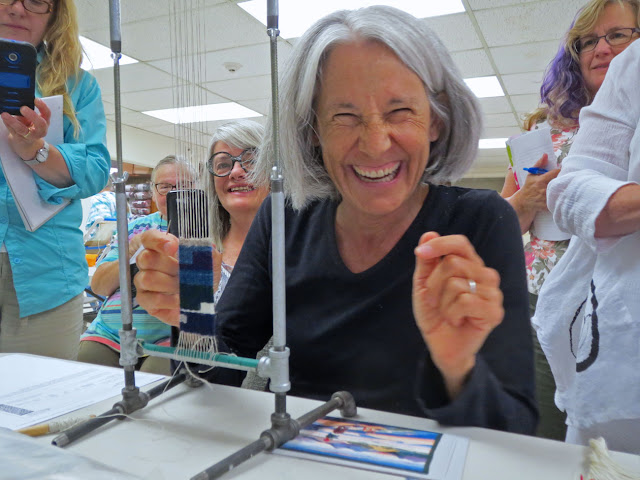