Taos in the New Mexico magazine

The New Mexico magazine has been kicking around the corners of my life for a long time. It seems there is always something about Tony Hillerman, Christmas chili (red or green?), and the little column at the back called "One of our 50 is missing" (yes, New Mexico is a US state and has been since 1912). Once in college in Wisconsin I remember buying a sweatshirt that said ALASKA on it at a department store and after looking at my drivers license, the clerk asked me what it was like going to college in another country. I refrained from asking her where she was in fifth grade geography class, though come to think of it, perhaps NM wasn't a state when she was in fifth grade.

The new house in Santa Fe isn't ready yet and I am squatting wherever I can while I start my new job. Last week I stayed at an extended stay hotel and found the March 2013 issue of the magazine stuck between the Gideon's and the HBO guide. 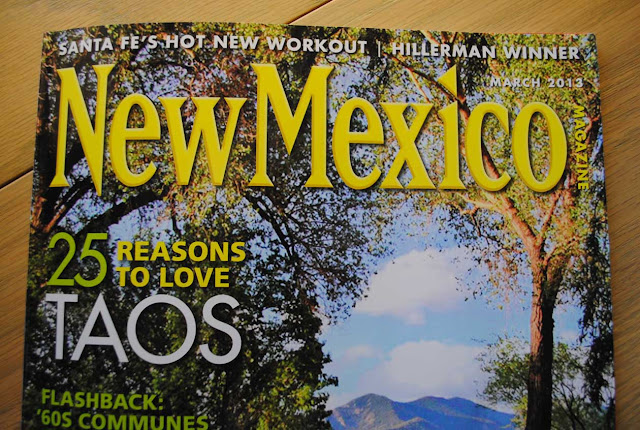 The feature article was "25 reasons to love Taos". I can think of many reasons to love Taos, and quite frankly if Emily and I could find jobs there, we'd be moving to Taos instead of Santa Fe. It is a great little town with some fantastic hiking, a whole lot of old hippies, some new hippies, a great bookstore, and a bunch of fiber. 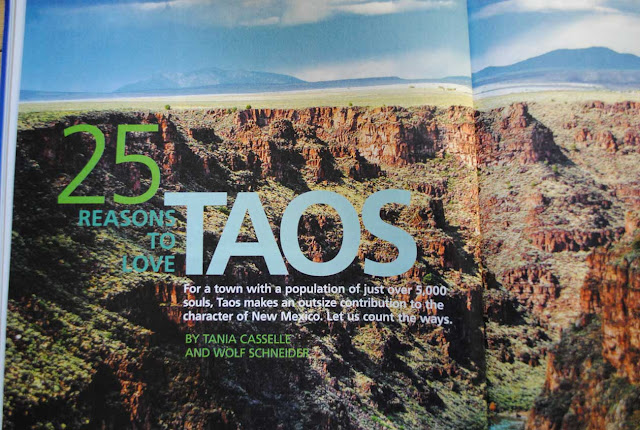 Reason number 14 was "High Fiber Content" and featured Taos Fiber Arts which I have blogged about HERE before. And in THIS post which has photos of the amazing replica standing loom they have in the gallery. Ashley and Julie Cloutman, a mother-daughter team who have been around Taos for a long time, run a very high fiber content store. I love what they do. I love their enthusiasm. I love Ashley's nuno felted scarves and her youthful approach to fiber, and I love the replica loom and the beautiful textiles Julie weaves. I haven't visited in a few months, but I think they are now carrying Fred Black's rugs also--always a treat. 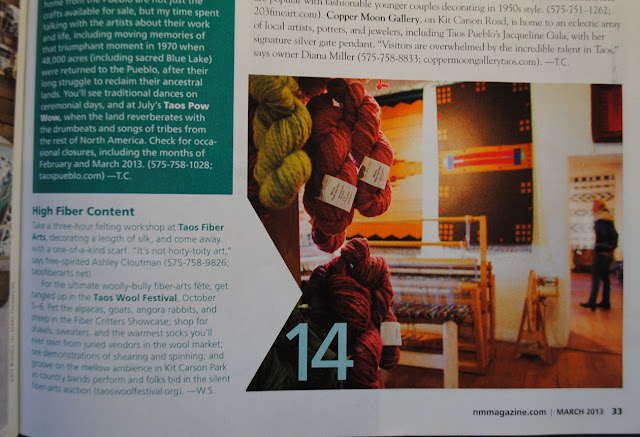 I was so tickled to find their feature in New Mexico magazine. 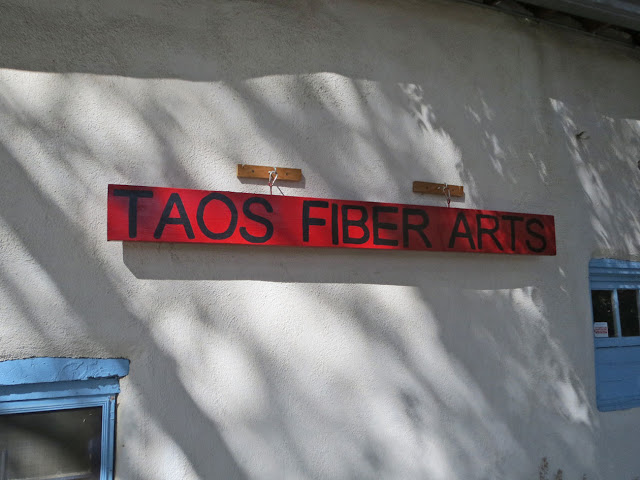 As Julie and Ashley would say, Art On! 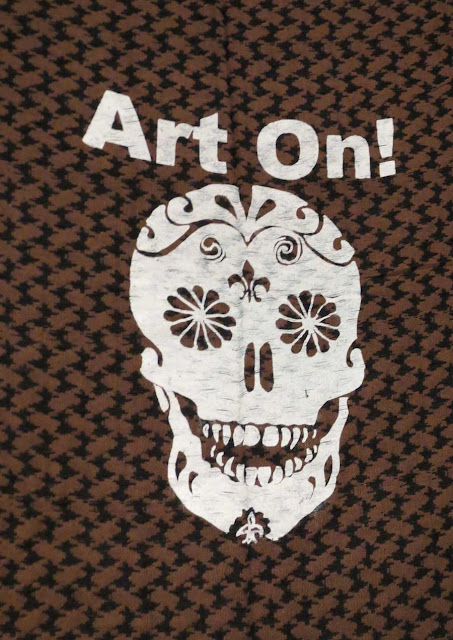