I work some of the week as an occupational therapist in a handful of rural school districts in the southern half of the San Luis Valley (which is HUGE!). Today I decided to take a little detour on my way home and see if Eppie Archuleta's studio is still in Capulin. I had heard that she now lives in Medanales, NM with her children, but I remember not too long ago there being activity at her studio. Clearly it was longer ago than I thought. 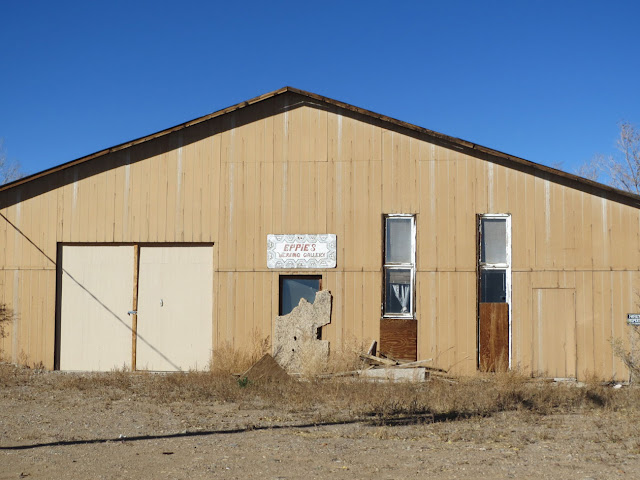 I don't think anyone has woven here in a very long time. 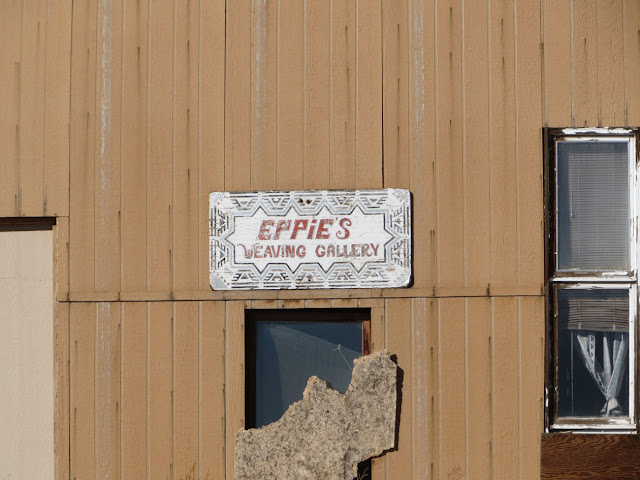 Eppie is a matriarch in the traditional hispanic weaving community. Her mother was Agueda Martinez and Eppie herself had several daughters who have become famous weavers in their own right. Here is a link to the blog post I did in 2008 which mentions Eppie and remains the number one blog post viewed on my blog (and considering this, I wish I knew more about her and could really do her justice). 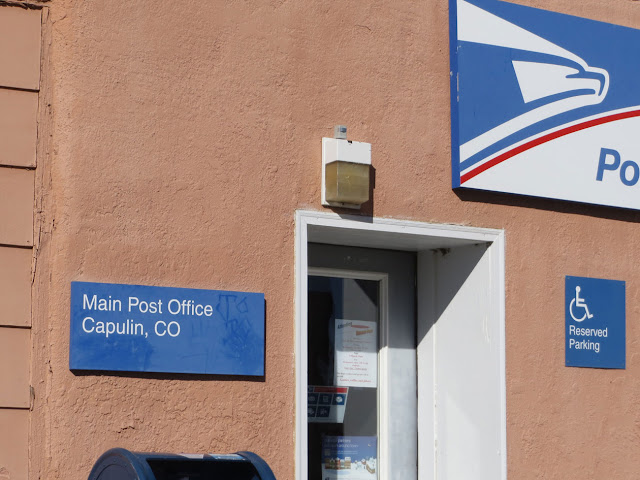 Sometimes I like to drive through the less traveled places to get a feel for the real life of a place. The San Luis Valley is a very very large place in area (someone just told me that the state of Virginia could fit inside it, though that seems a bit of a stretch... unless I have to drive to a meeting in Antonito from somewhere like Crestone which could take something like 2 hours) and a very small place in terms of people who live here. It is the kind of place where you run into your boss at the grocery and your neighbor at the Vietnamese restaurant. Frequently. (This means you should be careful what both your boss and your neighbor know about you.) Today I went through Capulin which is a small town 10 miles west of the highway surrounded by center pivot farms and a few Amish families.

As I was coming north I didn't know exactly where I was in relation to my house, but I knew I was south and west of my farm-surrounded rental house. The valley is like this. The roads are numbered differently in each county, but if the mountains are not obscured by forest fire smoke, fog, snow, or blowing sand, you can figure out where you're going. The roads are mostly gravel and run in one mile blocks. They are numbered differently in the different counties, but if you watch the mountains, you can find your way home. I took a quick right knowing I had to head further east and came across another frequent sight in this part of the valley. It was an Amish buggy with two rows of seats containing at least 7 children. The one driving seemed to be a teenager though I suppose there aren't any rules about younger kids driving buggies. I see buggies frequently, fortunately so far, before I have collided with one. Often they are on the paved roads with no shoulders moving 15 mph to my 65. They don't have lights or blinkers. Just one big horse and a little carriage full of children. It scares me. But at the same time I am fascinated by this slower pace and often feel somewhat envious of these people who seem to have simplicity at the forefront of their lives.

The cranes are back. They have returned to the barley fields surrounding my house and seem to be sticking for a bit to eat before heading south to the Bosque del Apache in New Mexico and beyond. Most of the ones I've seen are greater sandhill cranes and they seem so big. Their haunting cries are a welcome sound in the morning as they fly over the house headed for the fields. 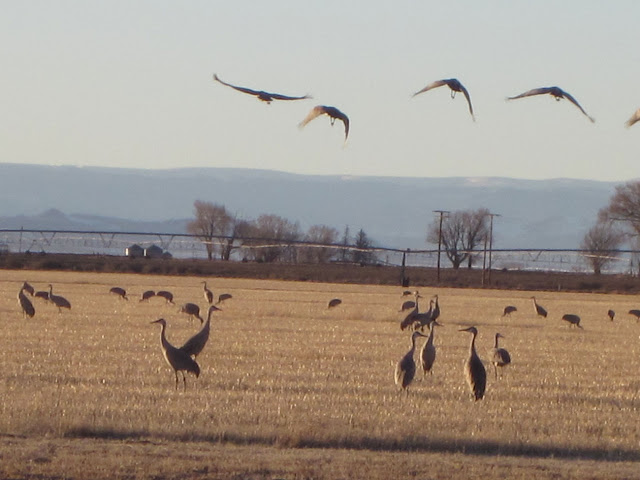 This is a place where farming is a way of life. 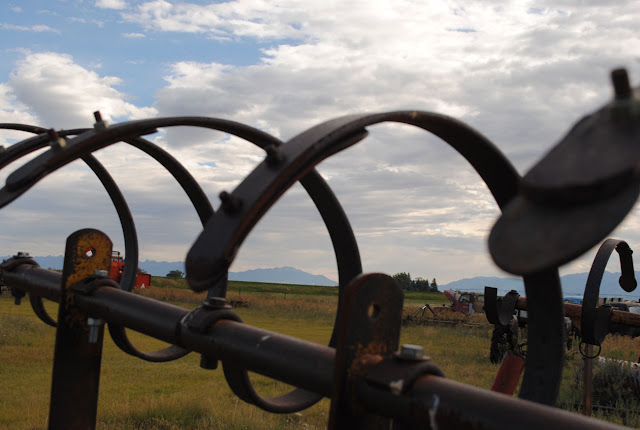 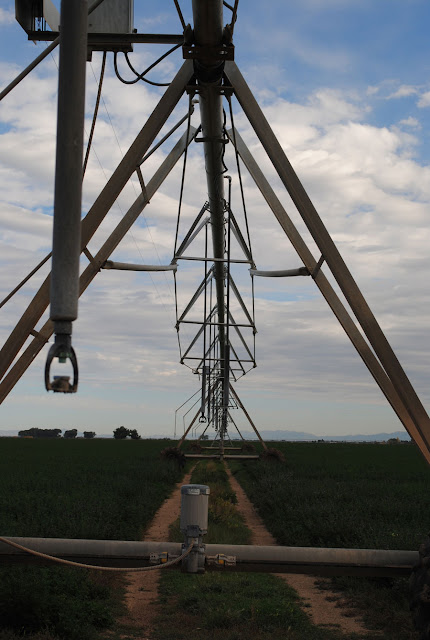 There are frequently sheep in my yard... which is somewhat appropriate considering the amount of wool I dye. (Starting about 2 months ago we started hearing this loud sound that seemed somewhat like a rifle shot, but it was happening about every 4 minutes, usually at night. The first night I heard it it freaked me out and I closed and locked all the doors and windows. Finally our neighbor was chasing a sheep behind our shed and we asked him what the noise was... coyote gun. It is a propane-fueled pop that scares the coyotes away when the sheep are not in their corral at night. Who knew.) 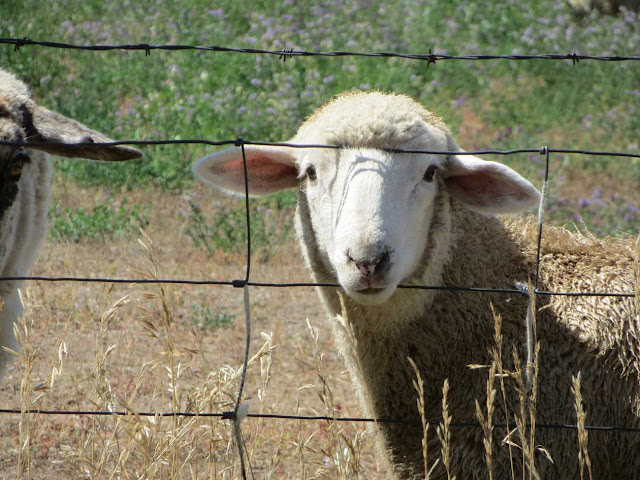 Wildlife on the road... Rural places are good. They can bring rest and fill my mind with wide open spaces. 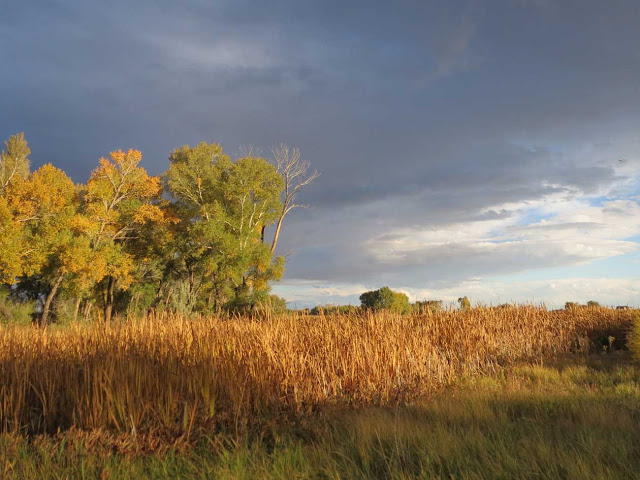 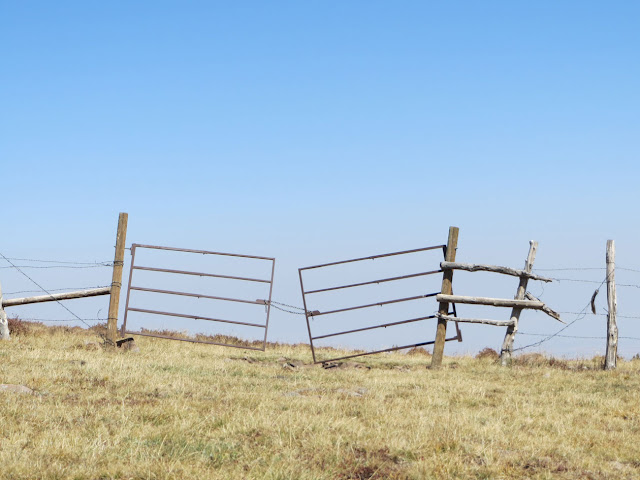