What would the first weekend in October be without the Taos Wool Festival? I currently live about 90 minutes from Taos, IF the gorge bridge is not closed for painting, repaving, random un-explainable reasons, or because someone jumped AND if San Antonio mountain's weather allows us to pass (sometimes it is a Lord-of-the-Rings-like scene with wizard-created blizzards, struggling hobbits, massive snow drifts, and avalanches--okay, San Antonio isn't really avalanche territory. The mountain hasn't killed me yet, but it has come close twice).

I did some great finishing work on the way down... (Thanks to dear Emily who agreed to drive. This is a great blessing for a knitter.) 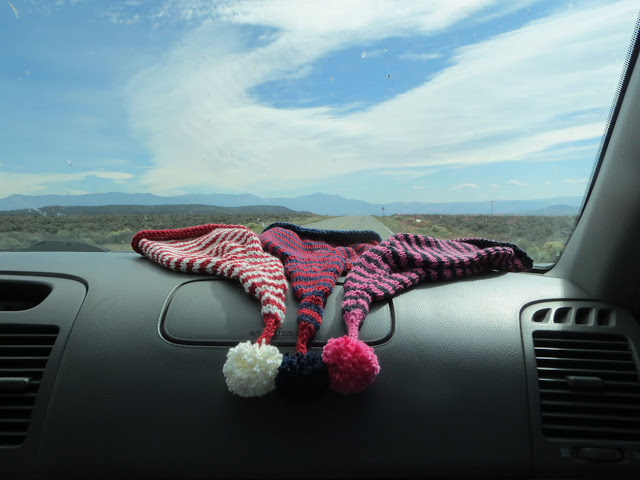 I should have known it was going to be a wildlife sort of day today. I saw a great blue heron on my short dog walk this morning and on the way to Taos, we saw a lot of tarantulas crossing the highway... 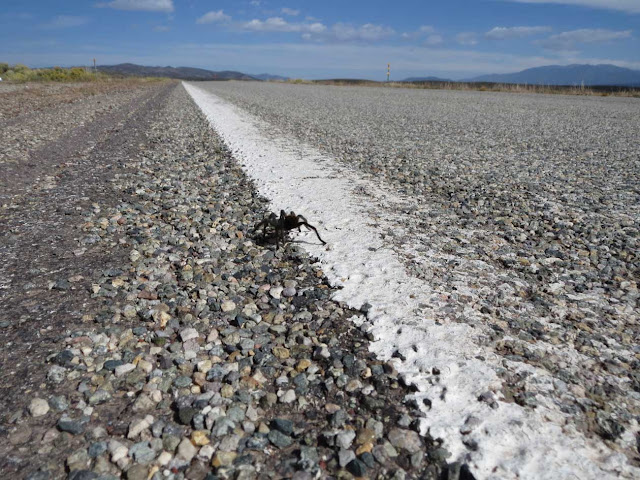 They migrate this time of year... or more specifically the males migrate when they look for a mate. Some quick internet research also indicates that they perish soon after. It makes me feel a little better about the one we saw too late. 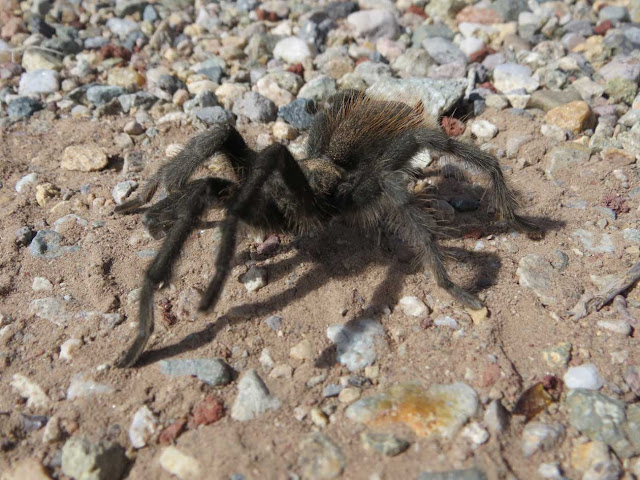 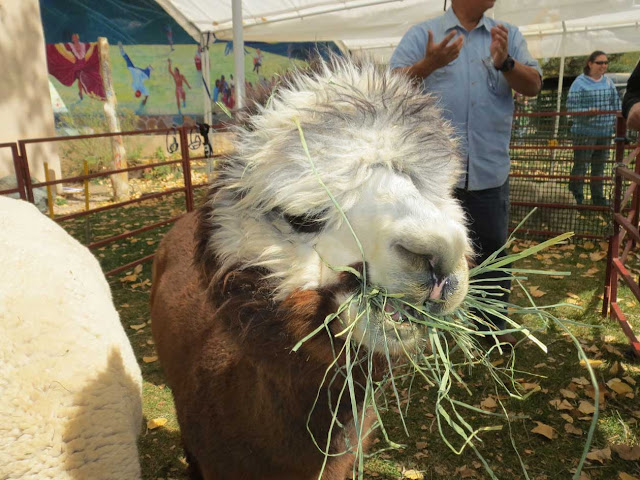 And some of the greatest wildlife I saw was in Ellen Sibelius's booth. The creativity of fiber people never ceases to amaze me. Here is a Ravelry link to Ellen's creations. They are really quite astounding. This is a dragon in green and a baby dragon coming out of an egg in the middle. She had your basic farm animals (cow, sheep) and then all kinds of other creations (a wooly mammoth!, a biplane, whales, elephants, buffalos). I think this woman laughs a lot on a daily basis. 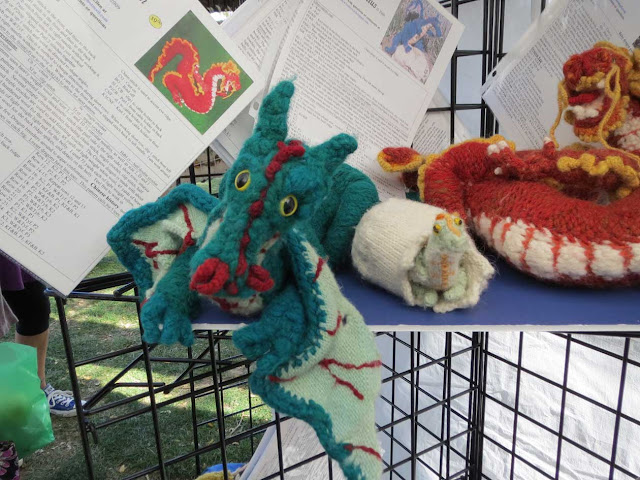 Tapestry was represented by the Sullivans and Fred Black. I didn't get a photo of Fred's beautiful rugs. Alex and Bettye Sullivan had a booth as usual. It looks like the Alex, Bettye, and Fred are all showing at Tierra Wools now (Los Ojos, NM--a great place to visit if you are near Chama!). 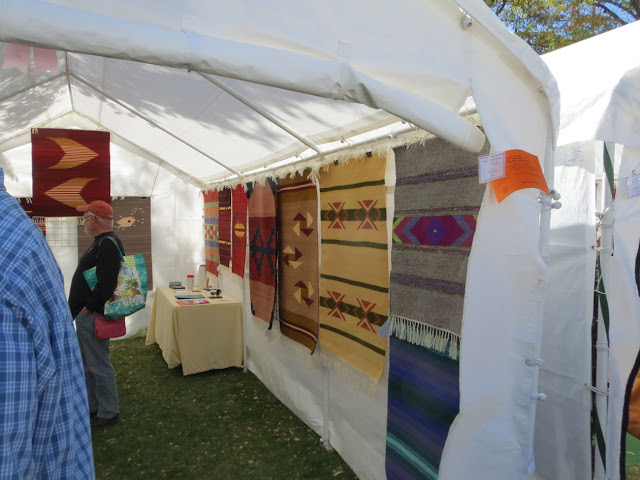 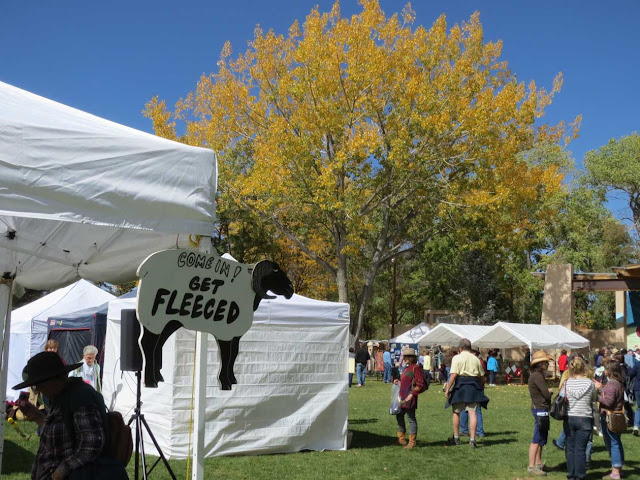 There was a lot of beautiful yarn there. I resisted some of this, though it was not easy. My brain kept telling me that I already had beautiful yarn at home and that I didn't need to take home this also. I just bought a blue silk blend at String Theory and until that was used up, I didn't really need any more. I made it all the way home without this yarn, but Emily may have to hide the car keys tomorrow to keep me from driving back to the festival to get some of this. 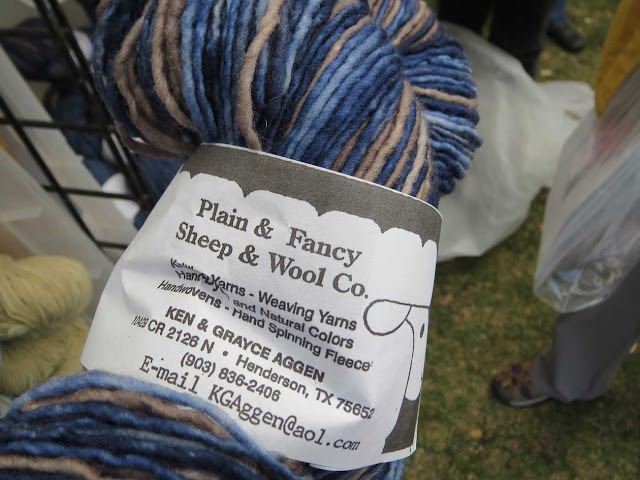 This is, of course, not weaving yarn. Tierra Wools had the most beautiful churro yarn for weaving. 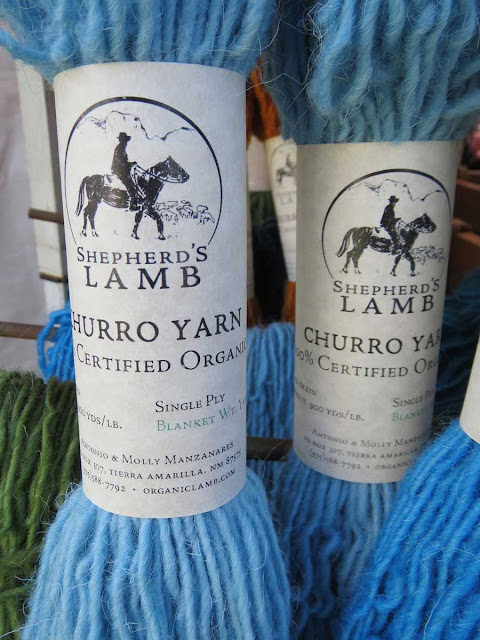 But tapestry being what it is (a very time-intensive pursuit that doesn't lend itself to changing materials often at least in my practice), I left these hanging also.

Taos Fiber Arts was there with their great yarn and roving. And after visiting the festival we stopped by their shop on Ranchitos Road. 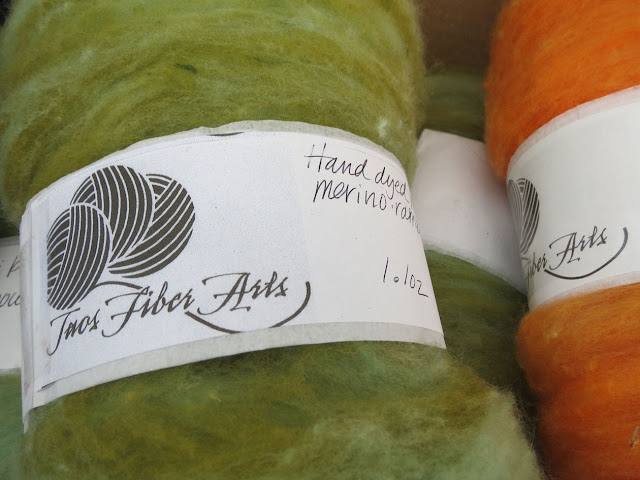 There is a yarnbombing going on in Taos at the moment and TFA has decorated their own portal with bikinis. 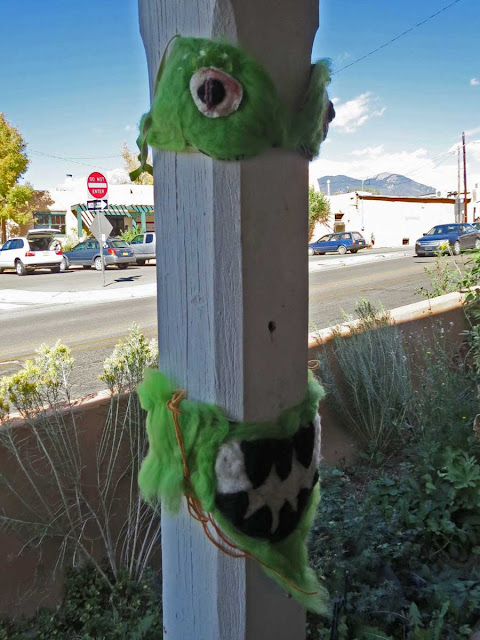 And the big guns were behind the building in the courtyard. Whoa Nellie! 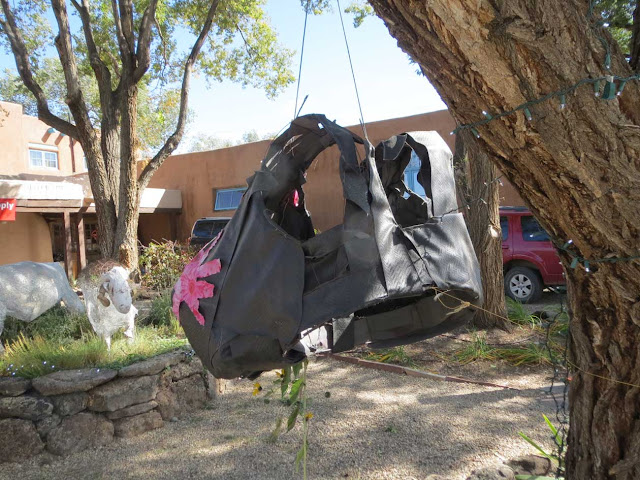 Julie and Ashley Cloutman (the mother/daughter team running TFA) were at the festival, but they had some great people holding down their store. They have a beautiful gallery room with replica blankets, examples of jerga, and this fantastic replica loom where this woman was weaving jerga. You can see many more photos of this gallery and loom in an earlier blog post I wrote about Taos Fiber Arts HERE. 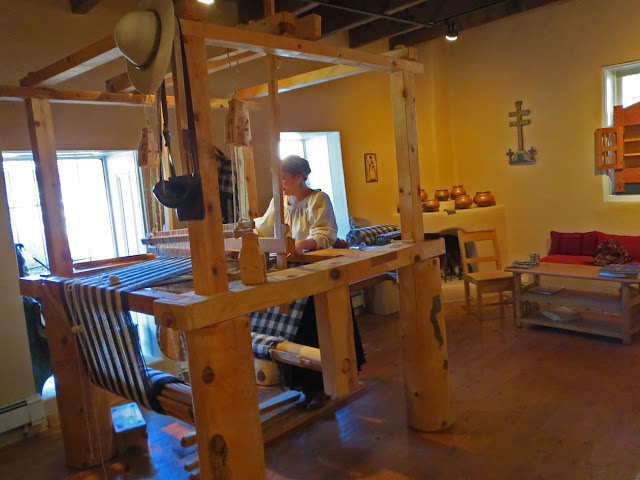 Taos was packed today. The farmers market was going on and we had to circle a couple different parking lots to find a space to park. At one point we were driving very slowly behind a couple walking with big bags of stuff, hoping they wouldn't notice the dark blue Camry lurking 100 feet back. Alas, after stalking them following them for an eternity a few minutes, it was clear they were not leaving but just dumping off their loot and walking off to search for more. When we finally did find a place to park, this was parked right behind us. I knew we were in for a great day... 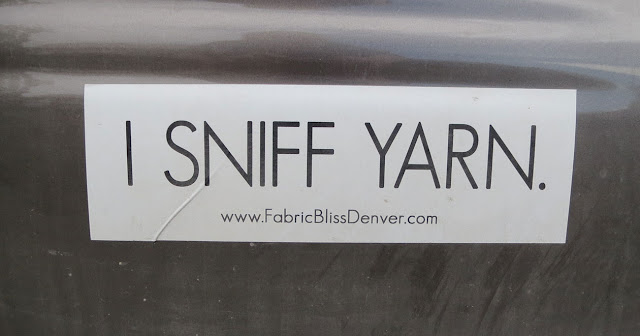 As Julie and Ashley say,