My grandmother loved to write in her books. This has frequently caused regret by family members as most of her books are so marked up as to be rather un-readable. Having formerly belonged to the why-did-grandma-have-to-mark-every-single-page club, I have changed my mind. Since coming into possession of many of her weaving books, I have been thankful that she was a book doodler. I have gotten a much better idea of who my grandmother was and is by reading her books than I did during yearly visits to her homes as a child.

Here is my current favorite example of the title page of one of her books. (All book photos in this post are from this book: New Design in Weaving by Donald J. Willcox.) 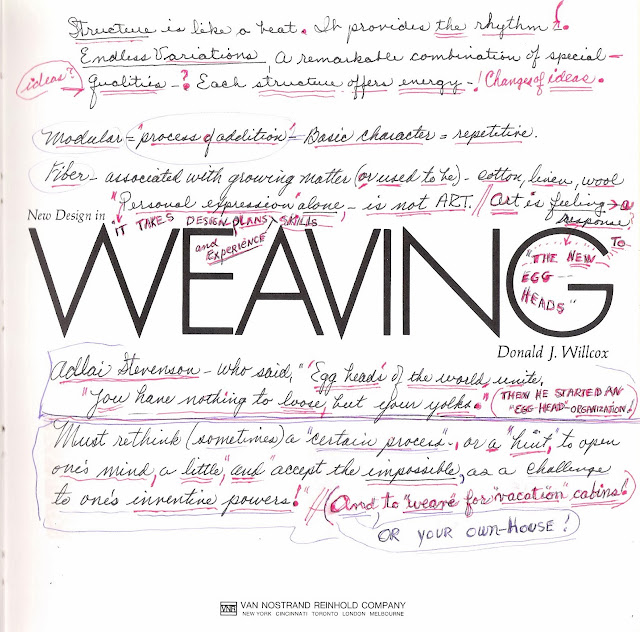 Marian loved to tape photos and pockets into her books. In one tapestry book I found an envelope taped in with the instructions for the Leclerc tapestry loom I now have inside (Eureka!). In the book featured in this post, here is what was taped behind the title page: 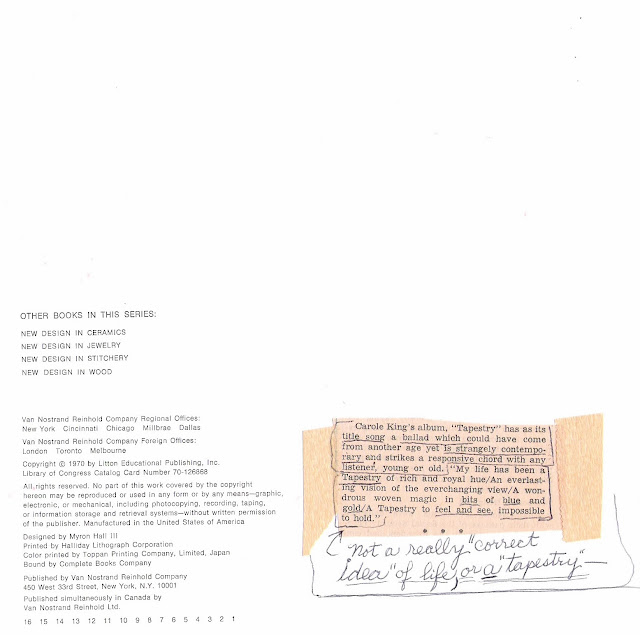 Song lyrics from an album titled "Tapestry"... and some annotated opinion about what it might mean. I think she objected to the word tapestry being used in other ways, and I can't say I blame her! (For example, a fairly recent book about Michelle Obama's ancestors titled American Tapestry... shouldn't that book be about weaving?)

In the example below, she has drawn a cartoon in response to the text. 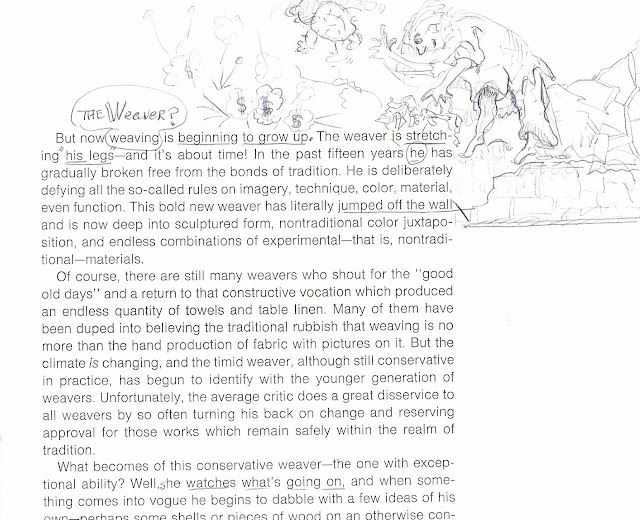 She has drawn the weaver "jumping off the wall".

Marian often wrote notes that seemed to have nothing to do with the actual book itself. Notes to herself, things she wanted to remember. Almost every single one of the several large boxes of her books I have are inscribed on the title page, "Rare book, out of print, do not loan out" or some variation there-of. This was annoying at the time I wanted to borrow from her library, but I have to respect her love for her books at this point.

This book was published in 1970 and is full of images of off-loom weaving. Marian did plenty of this off-loom stuff herself (see example at the end of the post), but she had some commentary in this book about the results. 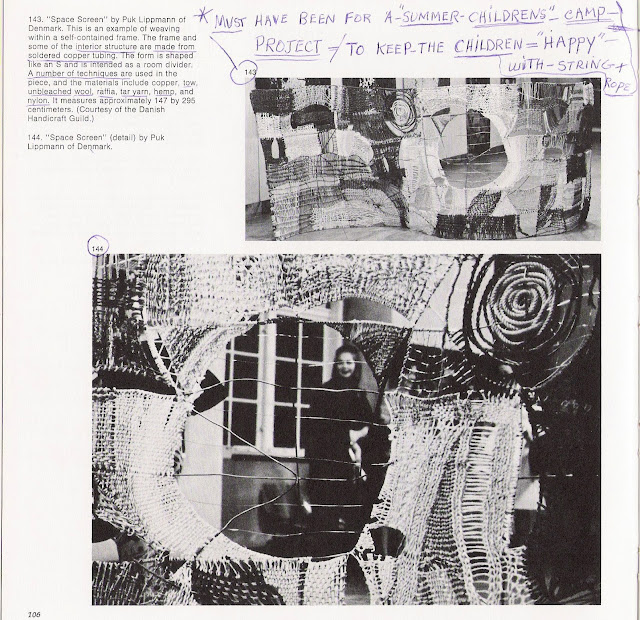 And one more example (note the mouse): 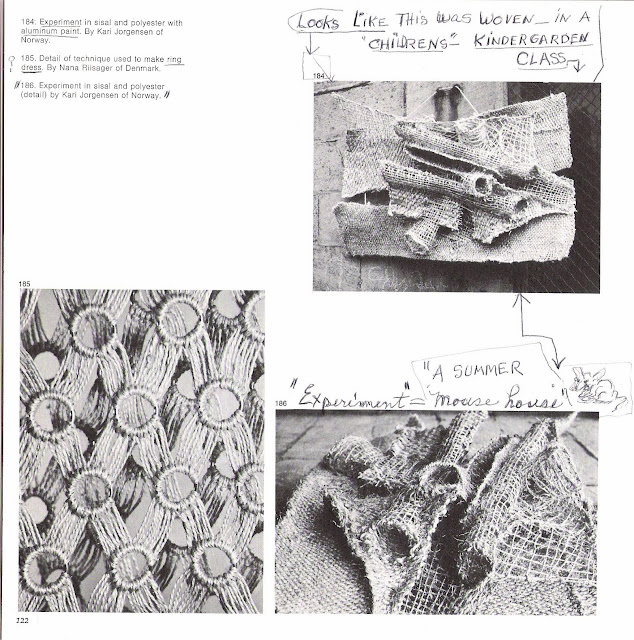 Marian loved little creatures and collected books about trolls and magical creatures. She loved Maurice Sendak's Where the Wild Things Are and she had garden gnomes before they were fashionable. In Tulsa, Oklahoma. Her correspondence, notes, and books frequently had little pictures like the mouse on the page above.

As noted in a prior post HERE, Grandma wove the piece below for a medical clinic... my mother's pediatric practice actually. So she may have thought that some of those weavings in the book above were made for or by kindergarten children, but that was her favorite means of expression. (The apple doesn't fall far from the tree, does it? Not that I'm doing weavings on hula hoops, but if you've ever met me you might agree that I'm a bit of a nut myself.) And she probably did weave this in the 70s. 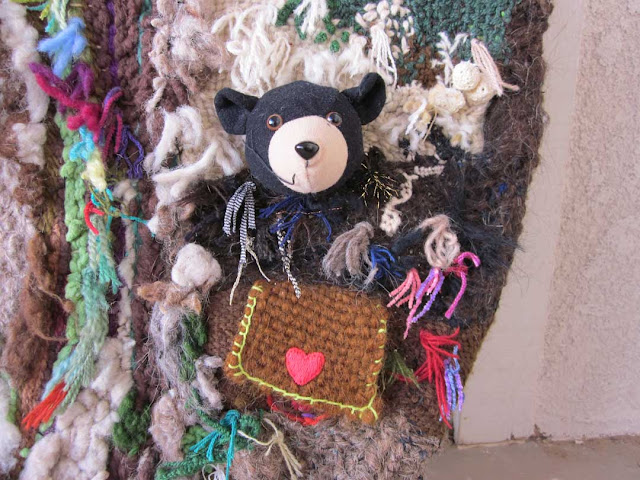 I bet it was a heck of a lot of fun to make too.
Posted by Rebecca Mezoff